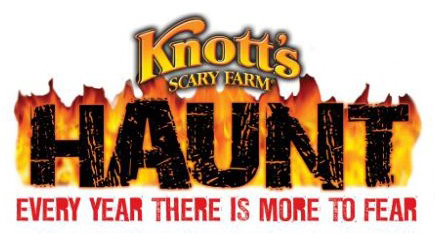 Looks like Knott’s Berry Farm will be hosting a special press conference on July 10th, 2013. The event will go over what the park has in store for patrons this October when they present their 41st Knott’s Berry Farm Halloween Haunt. We will be their to cover the event and bring you all the ghoulish details.

The twisted minds behind the infamous Knott’s Scary Farm are ready to unveil their plans for the 41st annual Halloween Haunt. Pulling back the curtain, the press conference will announce ghastly details of new mazes, shows, and other horrifying surprises. This event also offers the opportunity for one-on-one interviews with key Haunt Makers. Members of the press will also be treated to a special appearance by Haunt’s legendary, Elvira – Mistress of the Dark.

Knott’s Halloween Haunt offers wall-to-wall terror and is the largest and longest running Halloween event in the world with a total of 13 mazes, seven shows, four scare zones and over 1,000 monsters.

According to the Orange County Register, “Knott’s Halloween Haunt has grown to be the largest, most creative and most attended Halloween attraction in the world.”