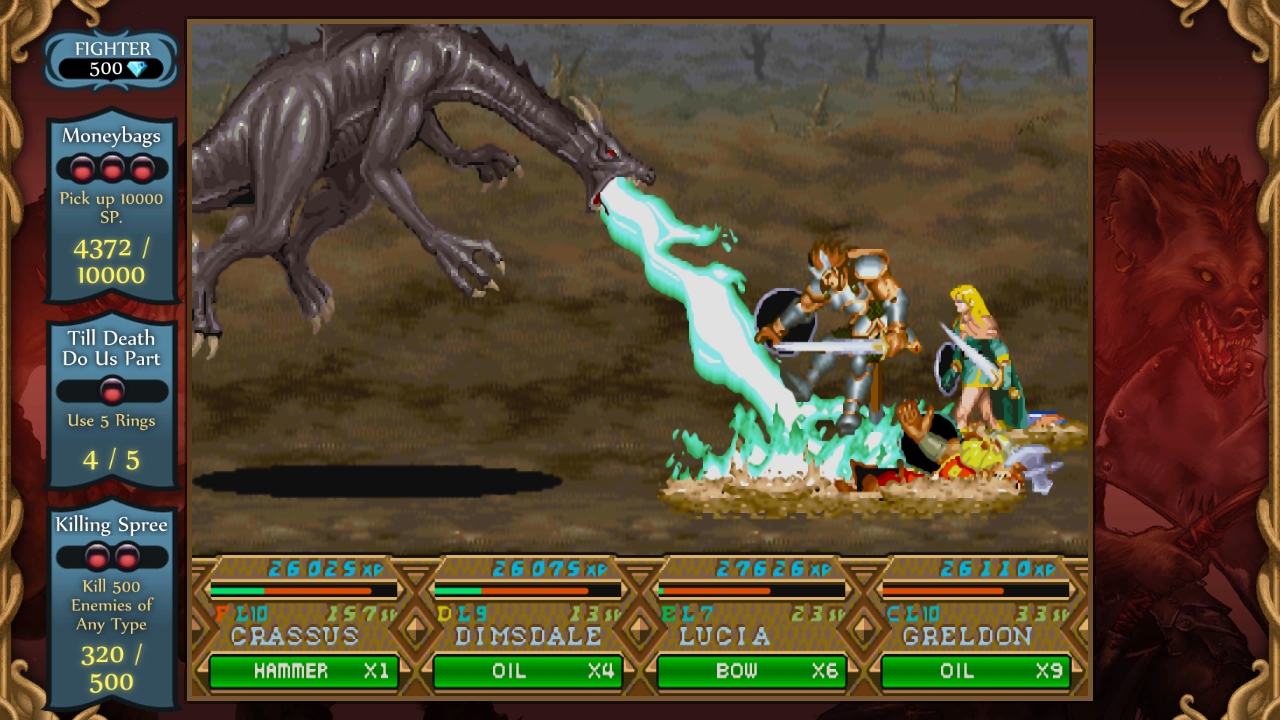 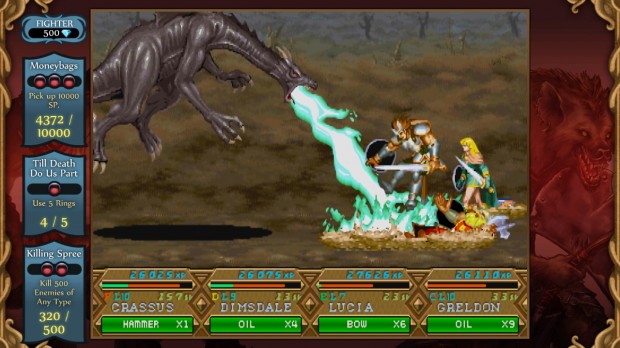 Capcom has been digging in their vault of past titles, looking for games to be remade and re-released onto the Xbox LIVE Arcade. This week, Capcom released two of my favorite arcade beat-em-ups of all time in one absolutely near-perfect package with Chronicles of Mystara. Chronicles of Mystara is made up of Capcom’s 1993 release of Tower of Doom and 1996’s release Shadow Over Mystara. These games were released near the time that TSR was revamping the basic rules for their original Dungeons and Dragon’s game with their 1991 version of the “Rules Cyclopedia”. However, while trying to cash in on the surge of renewed interest in Dungeons and Dragons, these games were overshadowed in the arcade by other games from the same genre, such as Final Fight, The Simpsons Arcade Game, and Teenage Mutant Ninja Turtles.

Both games in the Chronicles of Mystara are set in the lands of Mystara, from the basic version of Dungeons and Dragons. The first game, Tower of Doom, has the party setting forth to rid the land of the archlich Deimos, who sits atop his tower and orders his minions to invade the nearby villages. The second game, Shadows Over Mystara has our party traveling to Glantri, when it is discovered that Deimos was only part of the grand scheme and that the true evil lies with Synn, a great magic-user bent on conquering both Glantri and the Republic of Darokin.

Capcom does a very good job of setting up a game that truly feels like it could be a Dungeons and Dragons adventure. The plot is uncovered as the party goes from level to level and is told through the use of non player characters requesting the party’s aid. The party even has choices throughout both games, as to what path they would rather take, leading them to face different threats and monsters. This helps change up the game and allows multiple play-throughs without facing the same monsters or seeing the same environments.

The only negative that I have with the story itself is that it gives the characters no chance for any type of development, nor does the game even give them any type of background. You are just classified as the person you choose; whether it be the dwarf, thief, or cleric. This was done mostly due to the limited processing power back in the 1990s, but unlike The Simpsons Arcade Game or Teenage Mutant Ninja Turtles, these games did not have well known characters for the players to understand and enjoy. With Dungeons and Dragons being such a character-driven world where the players love to create well-rounded individuals, these characters feel just flat in terms of story.

The game play changes slightly over the two games in Chronicles of Mystara, but the core mechanics remain the same. The overall game play falls into the category of the side-scrolling beat ’em up game for up to four players, like Final Fight (ed. note: I’m Haggar!!!). You choose a character, four in Tower of Doom and six in Shadows Over Mystara, and set off to rid the world of every creature you run across. You have your main weapon, which is determined by your class, and secondary weapons that you can find or purchase along the way. Capcom does a great job in implementing some of the core rules from the Dungeons and Dragons table top game into the arcade version, like restricting the cleric to using only blunt edge weapons. These restrictions makes the game feel more like playing the table top game to fans of the role playing game.

Certain characters have access to spells from the beginning, and these are found by bringing up your spell wheels during combat. Items can be found that contains spells in them, and scrolls can be found to teach the casters new spells. It will take a little while to get used to the spell effects and the spell wheel to find the right spell you want to cast, but once mastered the spells will fly naturally. If you don’t want to mess with the spell mechanics of the game, then just pick the dwarf, fighter or thief and stab creatures with sharp objects until your heart is content. 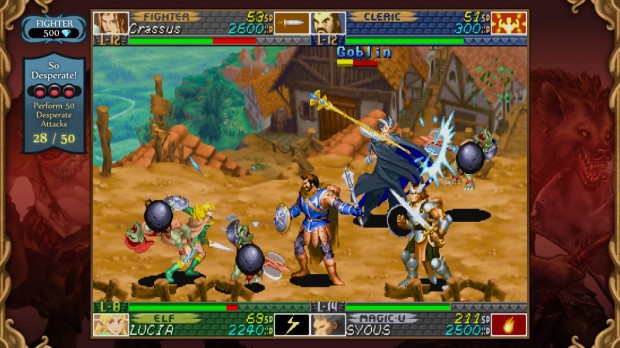 Capcom added in a great way to keep players returning to play Chronicles of Mystara by way of unlocks and “house rules”. As you play the game, you will earn points to open up unlocks, such as art. If you save enough of these points, though, you can start to unlock house rules. These house rules will change the way the game is played, making it a different experience, such as items you find will never break or gaining health with each attack. While it doesn’t change the game dramatically, it does make it interesting for a game night when you have some friends over to play.

Visually, Capcom added some nice options for Chronicles of Mystara by giving us the choice of keeping the graphics original, sharp or smooth. Other than that choice, the graphics and aesthetics remain the same as it did for these games’ original releases. The aesthetics fits with the time period that these games were released in and for the graphic capabilities for the era. The looks of Chronicles of Mystara is very cartoon like, but with realistic proportions and design. Even though it was designed by Japanese artists, it has a very Western look and feel to the characters.