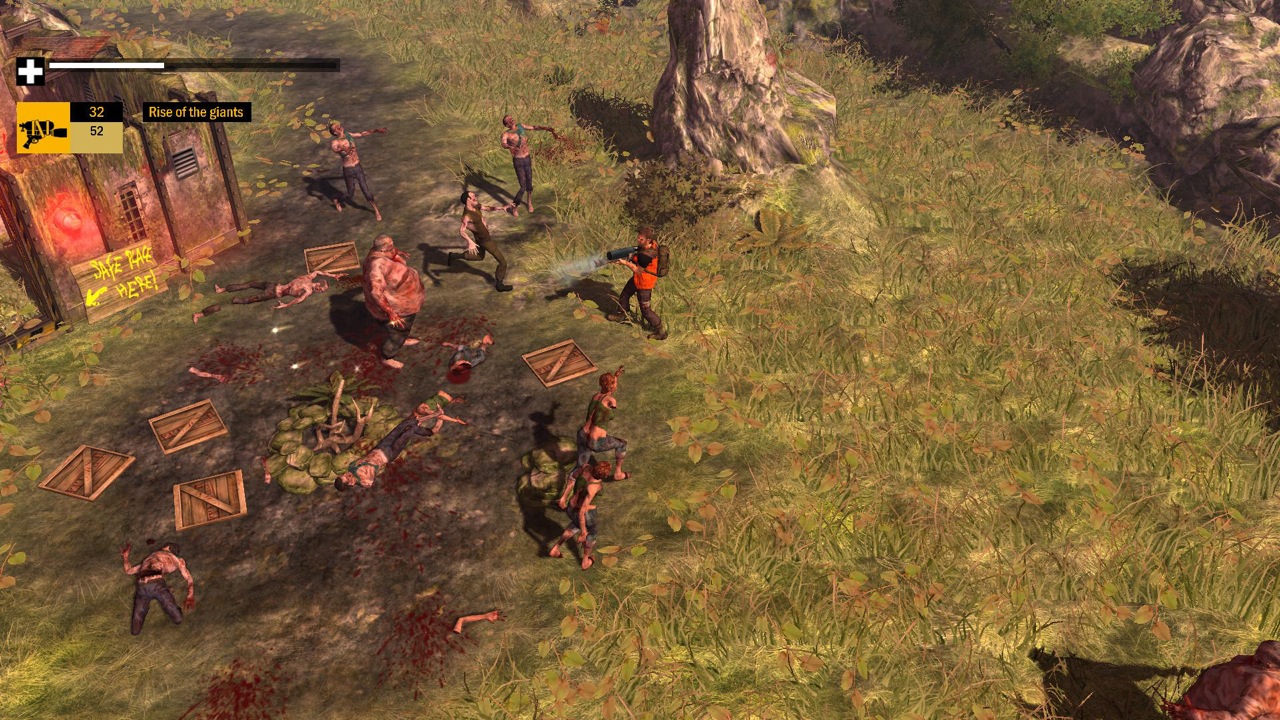 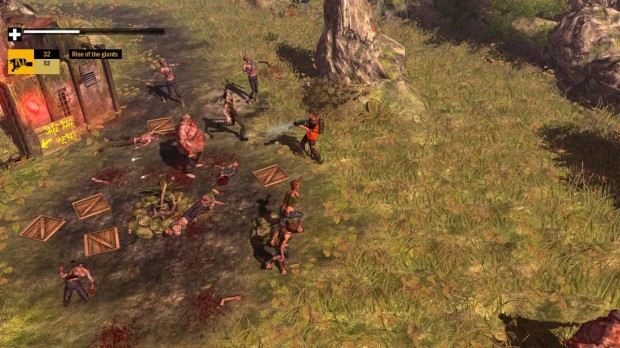 At the 2013 E3 Expo last week, 505 Games had one very cramped and busy meeting room with reporters looking over all their games, standing almost elbow to elbow. One of these new games we were interested in checking out was an isometric zombie survival/hack and slash title called, simply, “How to Survive”. We took the controls at one of the game’s kiosks and began playing while a developer gave us some helpful hints along the way.

How to Survive is meant to be played by one or two players (in co-op mode) and makes players scavenge for not only weapons and weapon components but, also, sustenance! You need to make sure your character is well-rested as well as fed to keep up energy to fight the zombie hordes. The game starts players off as they wake up on the shore of an unknown island. The player was attempting to get to safety but, instead, crashed into an island teeming with zombies.

Playing in an isometric view, characters are moved around with with the left stick while attacking is done with the Xbox 360 controller’s “A” button. Tapping it will cause your character to swing or use a weapon while holding it down charges the weapon for a more powerful attack. Much like the upcoming Dead Rising 3, players in How to Survive will be able to combine various components to create all manner of zombie-dispatching implements. The first weapon we found, however, was a machete that allowed us to hack zombies up into bits and also cut through thick brush.

Visually, How to Survive looked attractive enough. It is played from an overhead, isometric view and doesn’t need cutting edge graphics like most first or third-person titles do. Zombies were well-detailed and it was fun to see their heads go flying after a player decapitated them. The game’s audio was hard to discern but seemed ample as the meeting room was extremely loud. 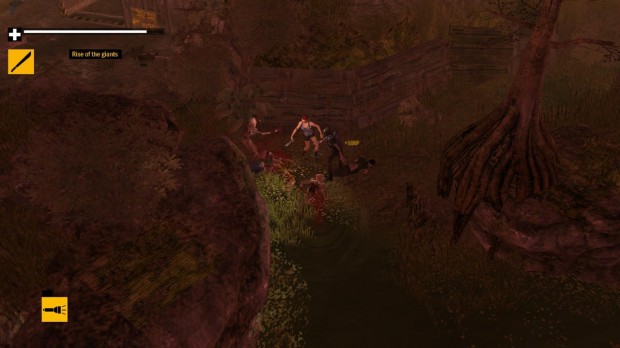 Hacking through several areas containing the undead, we found a campfire where we could hang out. Campfires are important as they are the only places a player can rest up and recharge their tiredness. Also, there were some water rations near the campfire, so that helped our thirst levels. As players get more hungry, thirsty, or tired they begin to do a lot less damage than fully rested players. The campfire also provides protection from the darkness… How to Survive features a day and night cycle which leads to more powerful zombie creatures coming out after the sun sets.

The game was designed for co-op play in mind, each player covering the back of the other. However, in an interesting turn, the amount of resources will not change and its all up for grabs by either one. This means that players will have to use strategy to properly distribute resources and weapons. Will players become selfish and keep stuff for themselves? Time will tell.

How to Survive is due out in downloadable form this fall for the Windows PC, Xbox 360, PlayStation 3, and Wii U platforms. The game looks to be a lot of fun and is trying to walk the line between a loose, hack-and-slash title as well as a strict, resource management game. It will be very interesting to see how it turns out.