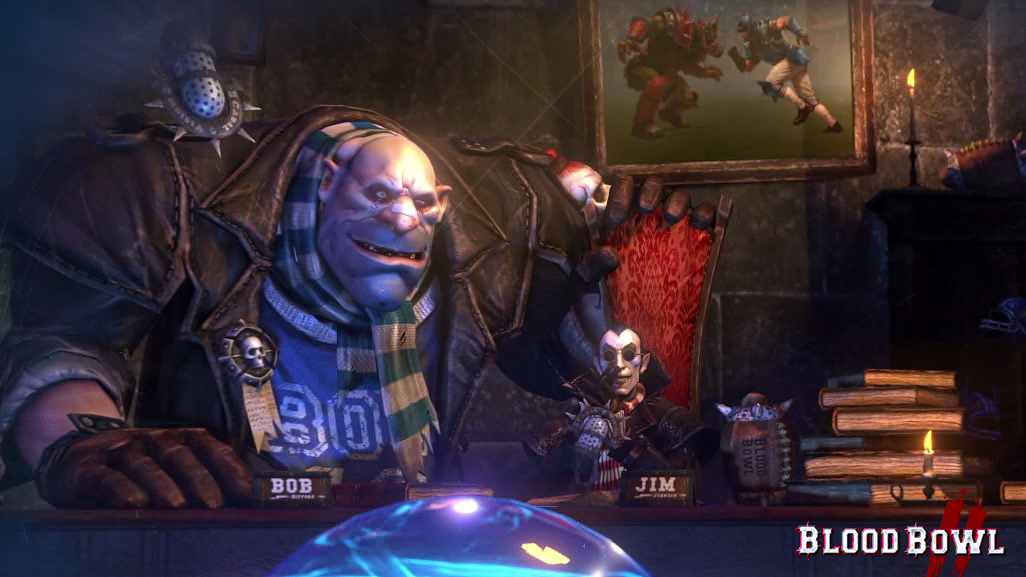 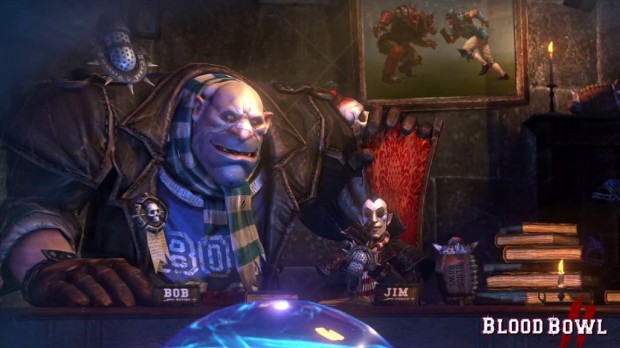 June 6th, 2013 — Cyanide and Focus Home Interactive are pleased to offer you a first video teaser making official Blood Bowl 2, that has been secretly under development for a year at Cyanide Studio! Blood Bowl 2 is the sequel of Blood Bowl, the video game adaptation of Games Workshop’s boardgame that twists American football with a fantasy universe inspired by Warhammer, all in a bloody and explosive cocktail of turn-based strategy. Discover now the very first video of Blood Bowl 2, which will be presented in much more detail over the coming months!

This short video is an introduction to the famous and legendary duo of fan-favorite commentators: Jim Johnson the Vampire, and Bob Bifford the Ogre ex-star player of Blood Bowl! We have already had the pleasure of listening to their corrosively ironic commentaries during the first Blood Bowl video game’s matches, but fans will be delighted to learn that these two colorful characters will make a noteworthy return in Blood Bowl 2, where they will take a particularly important place!

In Blood Bowl 2, Jim & Bob will be with us, flesh and blood, throughout the game. They will be modelled, and animated in their Cabalvision studio that will be the main interface for the game! The whole game will be presented in a Cabalvision theme – the official Blood Bowl TV! – where Jim & Bob will guide players, comment their decisions and will even interview key star players appearing in the huge campaign mode. Of course, they will also grace us with their wild commentaries during the matches!