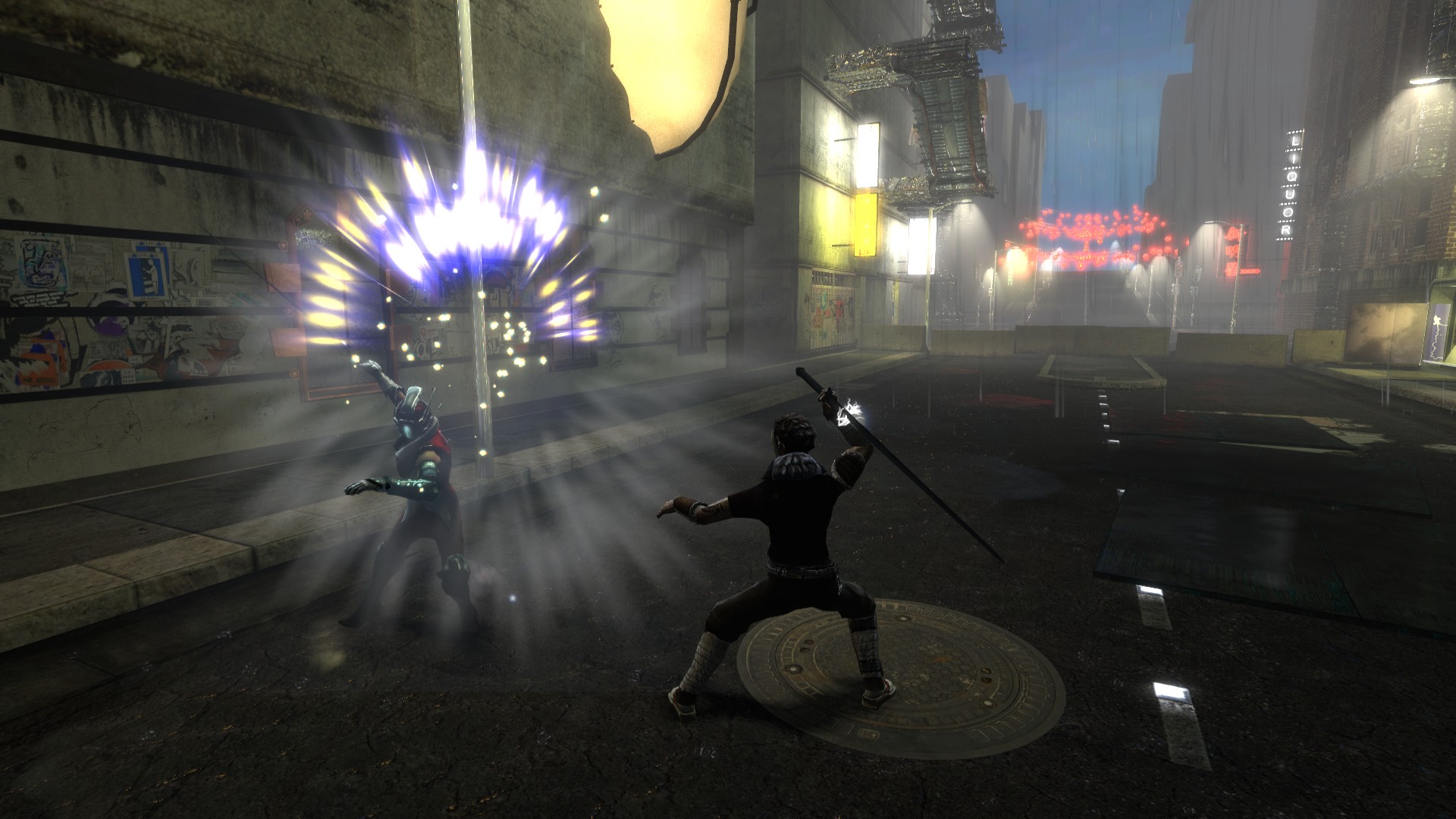 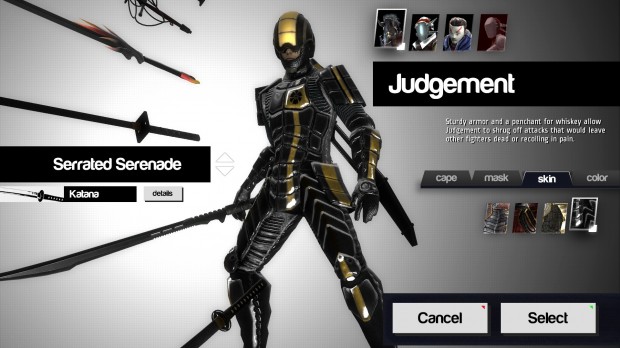 One of my newest addictions has been Kickstarter.  I love seeing great ideas being pitched and developed by way of crowd funding. The feeling that I get when I pitch in on a great idea, see it being developed, then finally receive the final product when it is ready – amazing.  Within the last year, I have backed projects such as Kingdom Death, Hexx, and Zombicide.  One such project was Blade Symphony, created and developed by Puny Human and funded through Kickstarter.  Funding was successful for Blade Symphony back in August of 2011, and we have finally gotten our hands on a early copy of Blade Symphony to let you know how development is going.

Blade Symphony is a sword dueling game, where individuals face off against each other and duel using various tactics and blades.  You have the option to select one of three fighters:  Judgement, Phalanx, or Ryoku.  Each fighter has their own techniques, strengths and weaknesses.  You further customize your character by selecting one of the many different types of swords available; such as katana, foil, jian, or practice swords to name a few.  Each sword has their own move sets, strengths, and weaknesses.  This gives the player the ability to customize his or her own character to their own personal play style.

During combat, each fighter also can change between three different stances: Fast, balanced, and heavy.  Each stance has a set of combos that are dependent on the weapon of choice you are using.  By holding down the mouse buttons, you will be able to trigger a defensive move, such as a parry or block, or a focused attack, which increased the strength of the current move.  Combos can be completed using button and keystroke moves, and can be completed through different stances by scrolling the mouse wheel.  This gives combat in Blade Symphony a very fluid feel, much like actual sword duels. 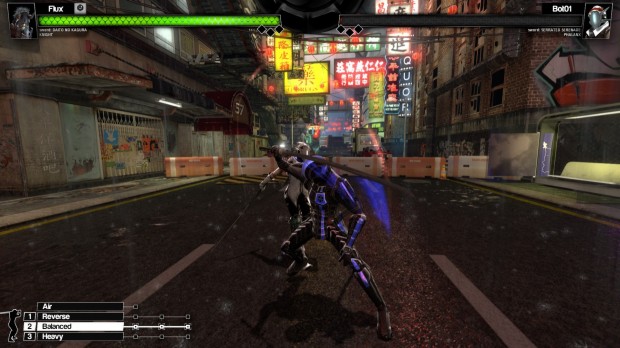 Game modes are currently set for Free For All on the servers.  Blade Symphony currently only has an online mode, with training disabled in its current build.  So, after creating a character and choosing a sword, I entered the fray.  Blade Symphony allows players to duel one another, through the challenge action.  If you want to challenge a player to single combat, simply target the player and press the appropriate key.  The other players will become nearly invisible, with only you and your opponent being solid enough to hit.  The duels are best out of three and are to the death.  Once you die, you re-spawn and simply need to follow the arrow to find your opponent again.  Current maps range from small and interesting to large and bland.  The office building was one of the largest maps I played on, but was very stark and uninteresting to look at, while I absolutely loved the aesthetics of The Courtyard.  The game is still under development, so what we played here was a beta build, that could continue to change in both looks and game play.

Blade Symphony was helped along with over $19,000 Dollars through Kickstarter, and is currently available through Steam for $14.99 while the game goes through development.  While the game has an unfinished feel to it, with many features still under development, you can see a quality game that will offer a lot of depth once it is complete.  The fights are fluid and differ constantly, allowing players to choose the weapon and fighter that fits their style of play and makes each duel different from the last.  For those of you that like one on one fighting games, Blade Symphony will be one to keep an eye on.