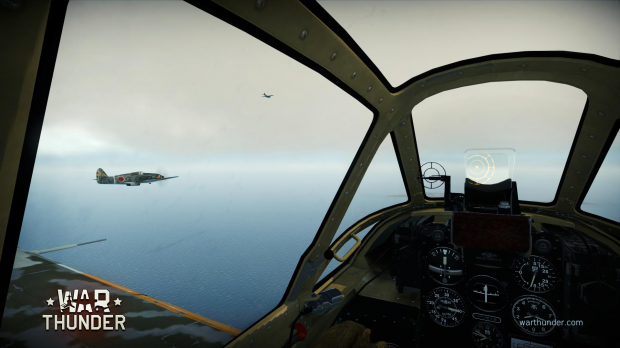 (MOSCOW, RUSSIAN FEDERATION) — May 14, 2013 – Developer and Publisher Gaijin Entertainment announced that their hit franchise and military MMO game War Thunder will make its console debut on PlayStation®4 (PS4™) in time for the holiday 2013 season. War Thunder will provide PS4 players with unparalleled first person gameplay entertainment experiences that allows them to enter into action filled, highly explosive World War II battles from the air, mobilized on the ground or out at sea.

Gaijin Entertainment will optimize the potent power of PS4 and its next generation computer entertainment system to redefine War Thunder’s rich gameplay with powerful graphics and speed, intelligent personalization, deeply integrated social capabilities, and innovative cloud options. War Thunder will feature stunning lifelike dynamics of real-time flight and precision in its details of planes, tanks and war ships, and intuitive controls thanks to the new gamepad Dual Shock 4. The power of PS4 will allow developers to include improved head-tracking system, easier socializing tools, smart and easy options to record, stream and share homemade gameplay videos and will have full support of PlayStation Cloud.

“We’re convinced that our cooperation with Sony will not only make the War Thunder franchise better, but it will give our fans a new level of gaming experience that will figuratively blown their mind,” said Gaijin Entertainment’s Creative Director Kirill Yudintsev. “Partnering with Sony Computer Entertainment is the most natural progression for the War Thunder brand, from our hugely successful beginnings on PC with more than 1.5 million players, to our recent announcement that War Thunder is under development for mobile devices. We are excited to bring War Thunder to the leading next-generation platform, the PS4.”