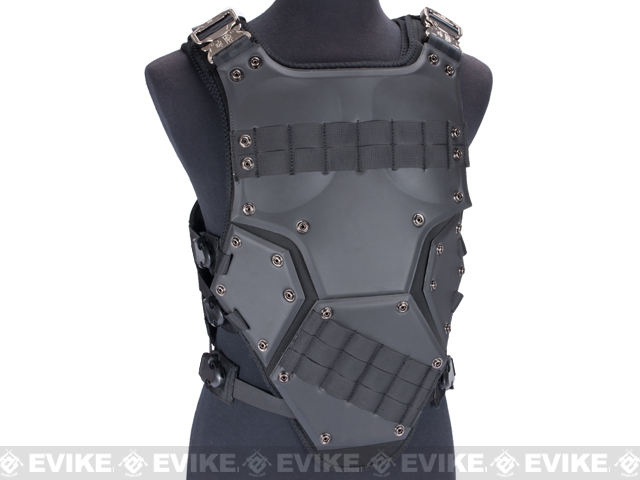 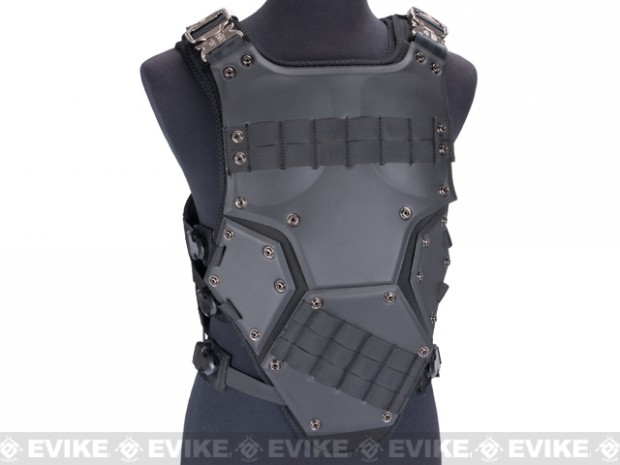 The front of the Matrix TF3 High Speed Armor.

In the film Transformers 3: Dark of the Moon, actor Josh Duhamel wears a very cool, aggressive-looking armor while taking part in the film’s firefight sequences. The black, sleek, and lightweight armor has been recreated by the people at Matrix and is on-sale now at evike’s website. The TF3 High Speed Body Armor retails for $80 dollars and comes in both black and tan variants. The armor panels are made of a semi-rigid plastic material that absorbs BB impacts without problem. The under-suit on which the armor plates attach (and what you are actually wearing) is made of a comfortable neoprene.

As you can see in the image above, the armor features two areas of MOLLE webbing so you can attach your gear, ITW FastMag pouches, etc and are all well-made. I had no trouble attaching two M4 ITW FastMag pouches in the bottom MOLLE webbing area and my HT unit on the upper webbing, with additional area still for whatever else you prefer. On the back side of the armor, you won’t find much. It is fairly smooth and would be fine to rest a backpack or hydro pack against if you are going for longer engagements or overnight games. For my loadout, I customized the upper back area of the armor with a 3×2-inch piece of velcro for an IFF/morale patch. 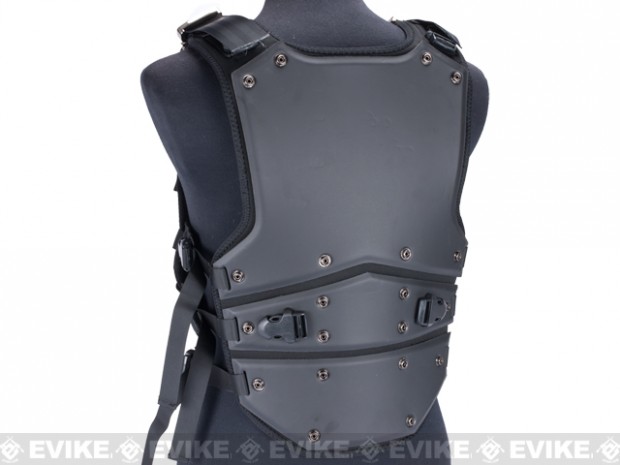 The rear of the Matrix TF3 High Speed Armor

The biggest issue I have encountered when using the armor is that of the side buckles and straps. Over the course of several games, the side straps loosened up and needed to be re-tightened down several times. Additionally, reaching the side straps to buckle them yourself is a bit tricky and I ended up having one of my team mates buckle everything down. I wish they had kept the Cobra buckles for the shoulders and used more generic, black plastic buckles on the sides – I think those would have been more functional. That being said, the Cobra buckles do look pretty darn cool.

In play, I was consistently impressed with how nimble I could be while wearing the Matrix TF3 armor. I played three or four games wearing it and going back to a more traditional plate carrier or tactical vest was really difficult. The only drawback I can see for actual play was that you cannot hold as many pouches and mags on this armor as you can with the others. That is by design as this armor was not made to weigh the player down. That being said, if you need to have more magazines and pouches on you, you could always couple this armor with a good tactical belt. You could hang your pouches and holster off of that – perhaps even holstered to your leg as well. Aesthetically, that would create a really sleek, futuristic loadout. Either way, it’s a win-win. 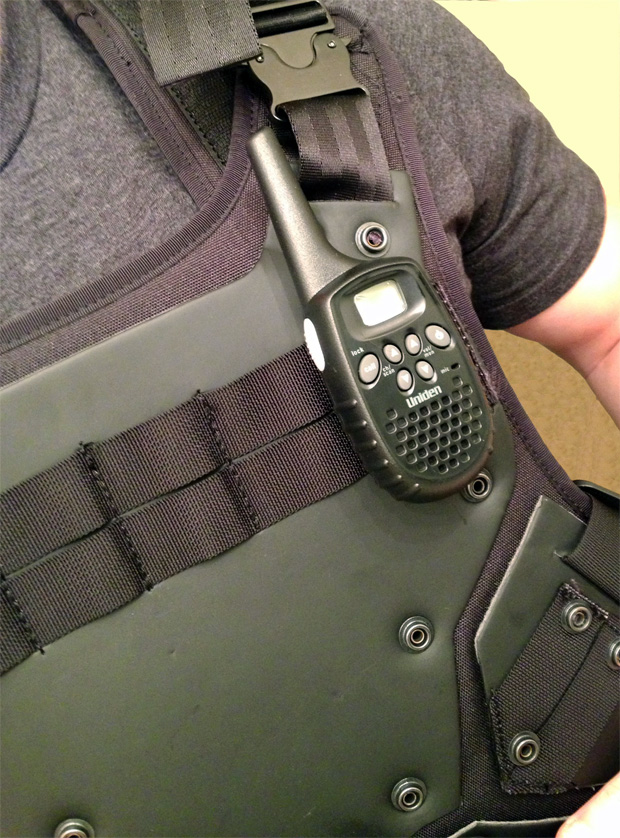 The vest can easily support an HT on the MOLLE webbing.

The Matrix TF3 High Speed Body Armor is not just lightweight but, also, a futuristic-looking Airsoft armor that protects and allows for great freedom of movement. You can find the armor retailing for $80 dollars on evike’s official website.