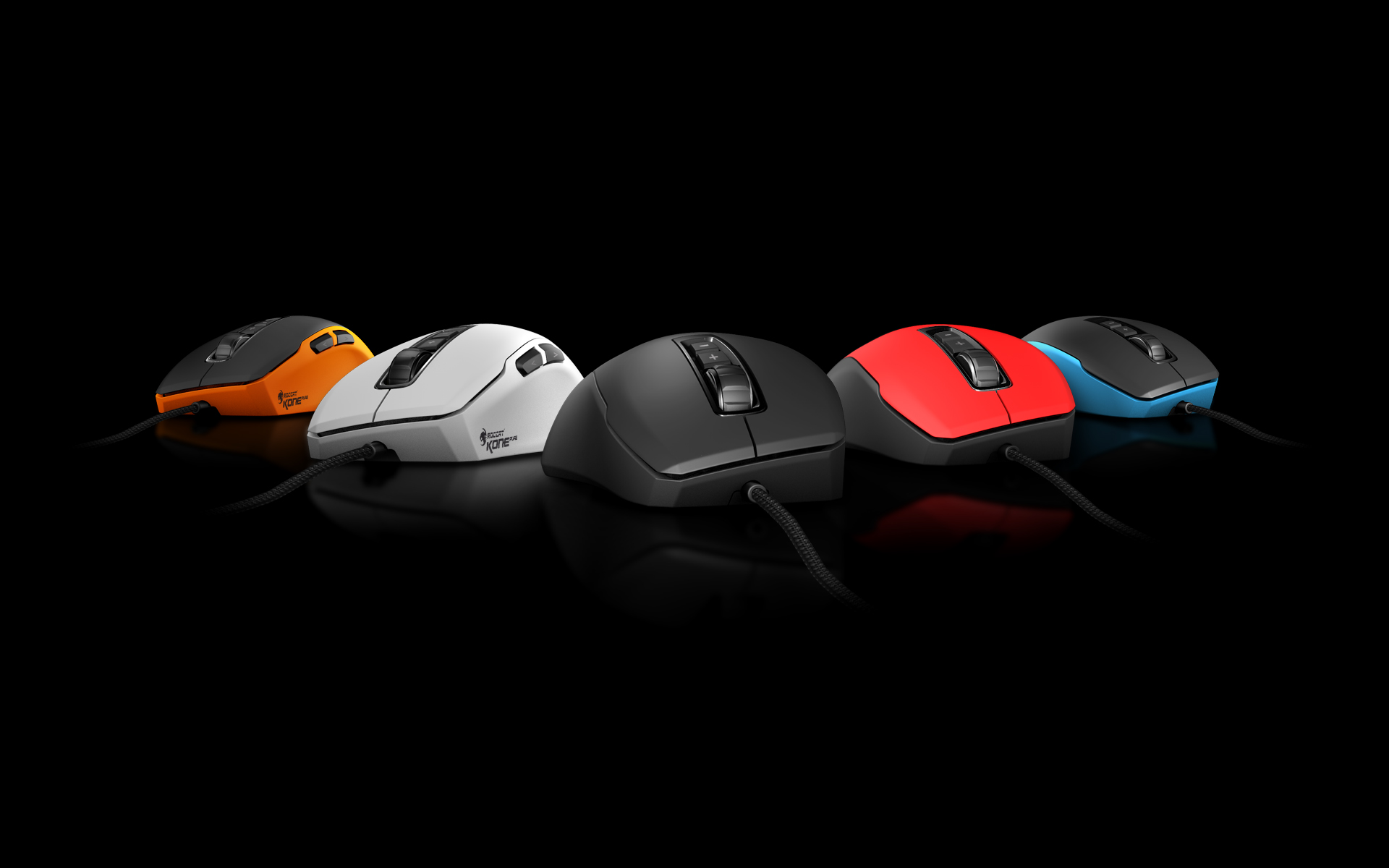 Hamburg – March 4, 2013 – German gaming peripherals manufacturer, ROCCAT Studios, celebrates the fifth anniversary release of the Kone gaming mouse, by introducing the special limited edition Kone Pure Color. Kone has always been regarded for its outstanding performance and innovative design. The new mice come as a direct response to the expressed wishes of ROCCAT customers, with only a limited number of the special edition models being produced. “Users are often inquiring about colored versions of our products. With the Kone Pure Color we finally have the opportunity to comply with their requests,” explained René Korte, CEO and founder of ROCCAT™.

The Kone Pure Color boasts the same features as the existing Kone Pure – complete with a 8,200 DPI Pro-Aim laser sensor, high quality Omron© switches, and the popular Easy-Shift[+]™ function.  The limited edition will be available in four different designs: Hellfire Red, Polar Blue, Inferno Orange, and Phantom White. During the design process of the Pure, ROCCAT interviewed over 100 professional gamers to ensure the size of the mouse was perfect. Based on that critical feedback from the gaming community, ROCCAT™ Scientists then took the legendary Kone form and slimmed it down to 91% of the size while adding even more competition-crushing power.

The original Kone was the first product ROCCAT™ developed in 2008. CEO and Founder René Korte, reminisces about the beginning days of ROCCAT™: “Early on, I was involved in the professional gaming scene. So, I was aware of the many professional players who were dissatisfied with their gaming devices. Since then our overall mission has been to build high-quality peripherals that satisfy the needs of all ambitious gamers.”

5 years later, known for its powerful performance, the Kone series is one of the most successful gaming devices in the world. Although the Kone series has set new standards for gaming mice, the evolution will continue, releasing more special editions to look out for in 2013!