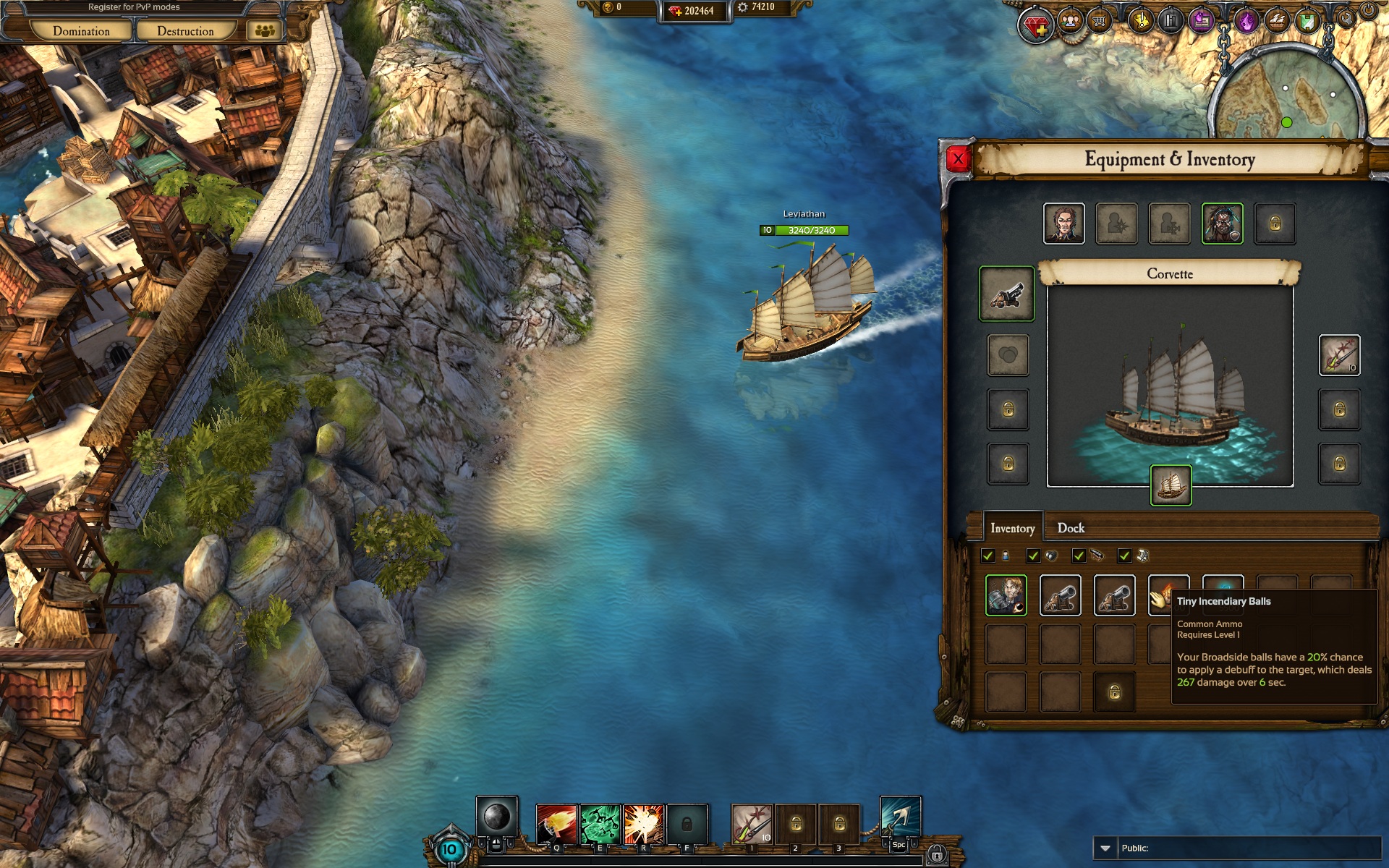 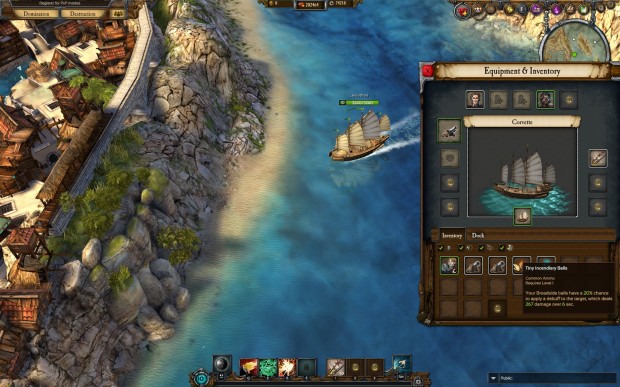 Hamburg, February 13, 2013. InnoGames just released initial user interface visuals and character screens from the upcoming pirate action game Kartuga. As the closed beta nears, additional information on the use of items was also presented; through leveling up as well as killing enemies, players obtain numerous objects of varying rarity – equipment as well as consumables.  Since ships are the game’s main characters, those items won’t be swords and mana potions, but, among others, cannons, crew members and ammunition.

While leveling up, players unlock an increasing number of consumable and equipment slots on their ships, which can then be filled with various items. Several types of cannons, special ammunition, and a number of offensive and defensive consumables are just the beginning – ship layouts can also be equipped. Therefore, it is even possible to change ship types on the fly to another stored in dock slots. On top of that, five types of crew members can be equipped and provide ships with additional bonuses, according to their role on board: Carpenters for example make the ships more durable, while Gunners improve weapon and skill properties.

Kartuga is an Action-MMO with RPG-elements, designed in Unity 3D. At the core of the game, developed by Ticking Bomb Games, is cooperative PvP.  Closed beta will begin in the coming weeks. Players can already preregister at www.kartuga.com.