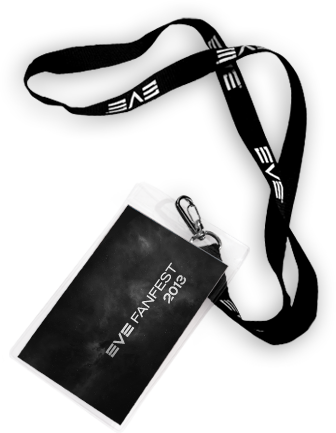 13 Feb, 2013 – Reykjavik, Iceland: With 50% more tickets sold than last year, EVE Fanfest 2013 sold out last week as 1,400 lucky attendees from around the world prepare for what promises to be gaming’s greatest fan celebration ever. Held every year in Reykjavik, Iceland, Fanfest brings together fans of the EVE Universe for three days of epic celebrations that include panels, local Icelandic excursions, presentations, PvP tournaments, a developer-lead pub crawl, reveals, camaraderie and the spectacle that is the Party at the Top of the World.

This Fanfest will celebrate ten years of gaming’s most interesting, passionate and creative community and offer extensive retrospectives and future glimpses. Everything is larger, better and more than previous Fanfests, followingEVE’s success.

In addition to the traditional fare, this year will feature several unique events including the Icelandic Symphony Orchestra performing music from EVE Online, a new “Make EVE Real” speaker track that uses real-world science and innovation to illuminate the path to EVE’s Sci-Fi future, and a performance by Gunnar “Gunni” Nelson, phenom MMA submission fighter fresh off a UFC bout in London.

In the coming weeks, more programming and musical act announcements will lead up to Fanfest and CCP will reveal its plans to live stream the event for those who weren’t able to secure tickets.