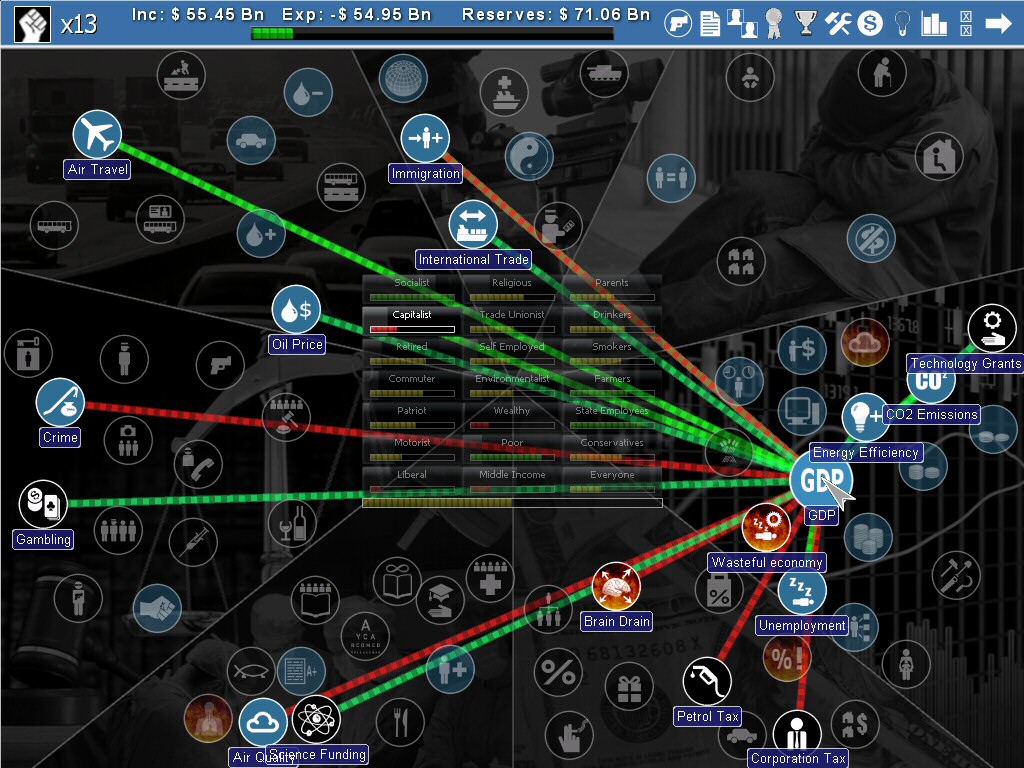 Positech Games is today announcing that their next game will be a sequel to their popular and unique political strategy game Democracy 2.  In a sudden flash of revolutionary inspiration, the new game will be called…
Democracy 3.

A lot has changed in the world of politics since Positech first suffered the mental anguish of programming Democracy 2. We have had a global credit crunch and financial crisis, the occupy movement, the Arab spring, and mobile phones have got slightly smaller, then larger again.
Democracy 3 will be a massively improved and updated version of the game that will reflect changes in both gaming tastes and the world of politics. Despite sharing the basic GUI design of earlier games in the series, Democracy 3 is being built on a complete ground-up re-engineering of the custom-built neural network engine used to power the complex simulation beneath the hood of the game. Improvements will be equal parts graphical and simulation based, with greater freedom to use both private/free market solutions to problems as well as more accurate simulation of financial markets, voter cynicism and much more.
The ship date for the game is currently set as ‘2013’. (We would make a more precise prediction but it would be about as reliable as a government budget forecast).
You will be pleased to know that developer cliff harris finally decided not to change his name to ‘fiscal cliff’ as a PR stunt.
More details to come over the next few months and also at www.cliffski.com. In the meantime, political animals can feast upon the political goodness of Democracy 2 at www.positech.co.uk/democracy2 or grab the existing game from steam at http://store.steampowered.com/app/218040/