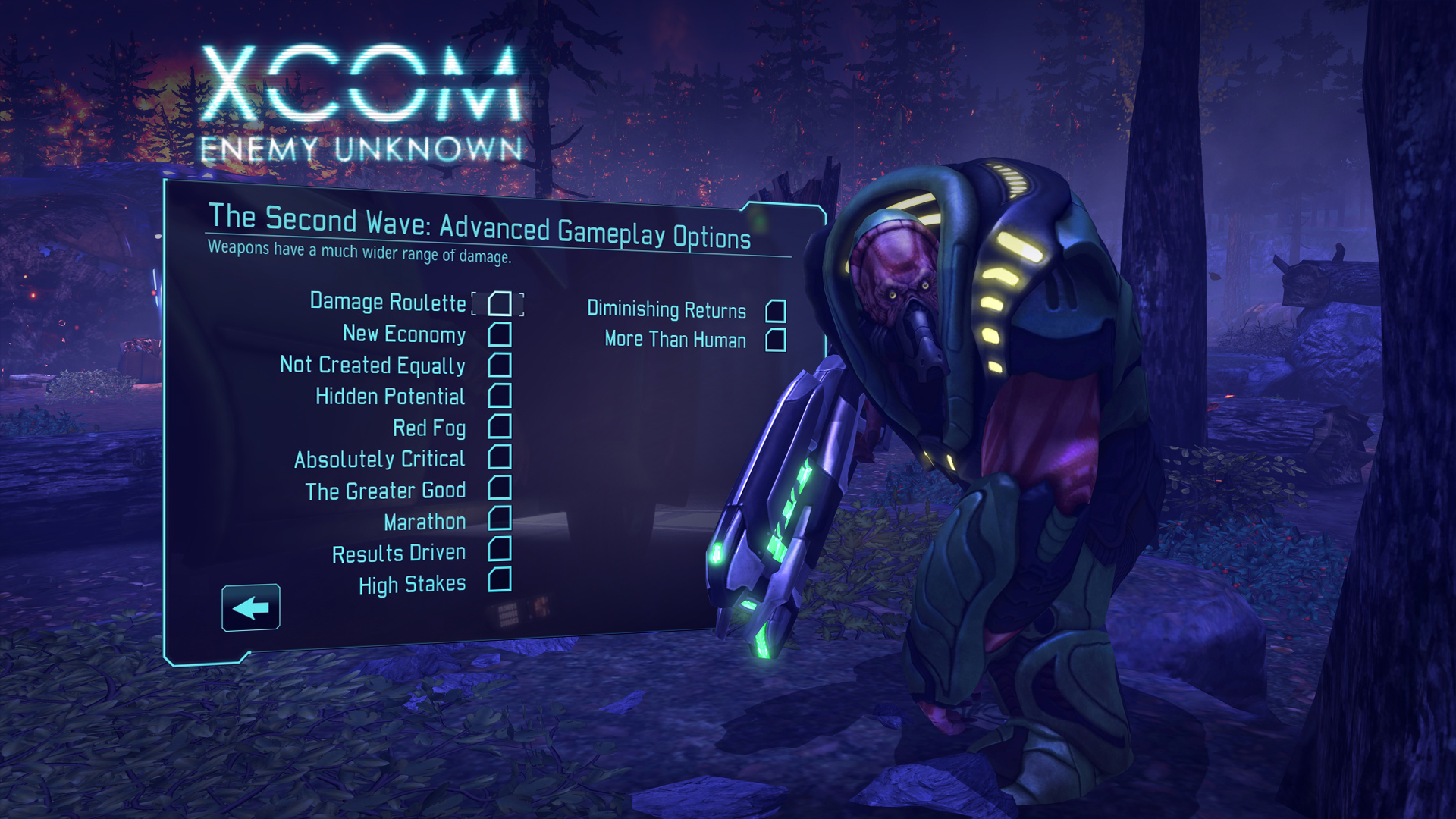 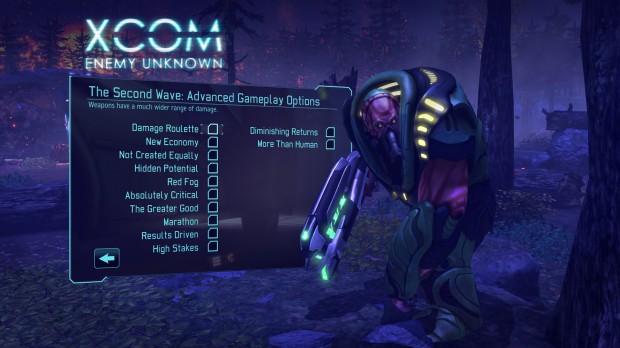 The Second Wave content is the second of two add-ons for XCOM: Enemy Unknown. With the Slingshot Content Pack, the first add-on content for XCOM: Enemy Unknown, players meet an enigmatic Triad operative, divert an alien ship’s course, and do battle with the aliens in the skies over China in a new set of linked Council missions. The Slingshot Content Pack includes three new maps tied to the Council missions, a new playable squad character with a unique story and voice, and new character customization options. The Slingshot Content Pack is available for $6.99 (PlayStation®Network) / 560 Microsoft Points (Xbox LIVE® online entertainment network) / $6.99 (Windows PC).

Developed by the strategy experts at Firaxis Games, XCOM: Enemy Unknown has won more than 50 end-of-year awards worldwide to date. Released in October 2012 to wide critical acclaim, XCOM: Enemy Unknown received review scores of 5 out of 5 from GameSpy, 9.1 out of 10 from GameTrailers.com, and 9.5 out of 10 from Game Informer – earning “Game of the Month” honors in their November 2012 issue. In XCOM: Enemy Unknown, players oversee combat strategies and individual unit tactics, as well as base management and resource allocation while playing as the commander of a secret global military organization, XCOM. With equal emphasis on deep strategy and intense tactical combat, XCOM: Enemy Unknown allows gamers to control the fate of the human race by defending against a terrifying global alien invasion.

A free playable demo* of XCOM: Enemy Unknown is available for Windows PC via Steam, Xbox 360 and PS3™. Gamers who download the demo will be guided through two levels of the single-player tutorial campaign, experiencing the combat controls and effective tactics for defending humanity against the alien threat. The two tutorial missions will also introduce players to the XCOM base, where soldier training and researching alien technology takes place, and offers a chance to experience the tactical and strategic layers of XCOM: Enemy Unknown.

For the latest news and information on XCOM: Enemy Unknown, become a fan on Facebook.