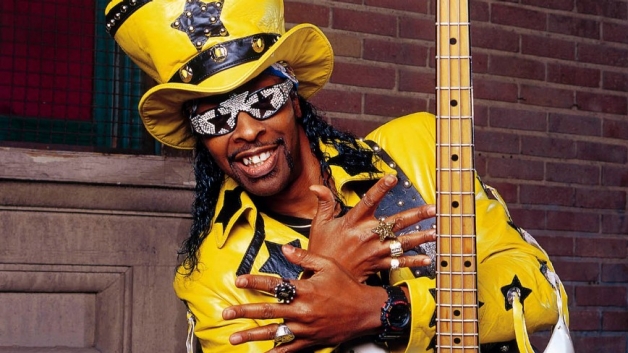 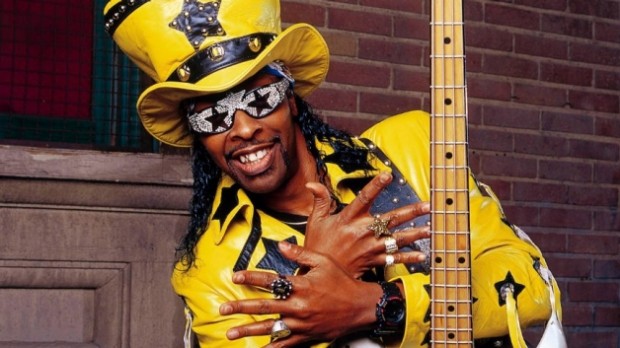 Campbell, CA – December 13, 2012 – Realta Entertainment today announced that legendary bass guitarist Bootsy Collins has joined the upcoming music video game BandFuse: Rock Legends as an in-game Master Instructor and mentor for the Bass Mode. The Funkmaster of Bass will provide instruction, advice and tips for both novice and accomplished bassists.  His input ranges from the basics of how to play bass, to the path of becoming a successful musician. Bootsy has also contributed the original track ‘Rock Bandit’ for inclusion in the game’s massive, genre-spanning set list from today’s modern and classic rock ‘n’ roll artists.

Inductee of the Rock and Roll Hall of Fame, Bootsy Collins rose to fame with his unique bass techniques to become one of the leading names in music.  Bootsy played alongside “The Godfather of Soul” James Brown and George Clinton while being hugely influential to other famous bass players including Flea (Red Hot Chili Peppers), Roberto Trujillo (Metallica) and Les Claypool (Primus).

Bootsy joins the growing roster of BandFuse: Rock Legends’ “Rock Legends,” which includes Slash, the iconic Grammy-winning musician and former lead guitarist of Guns N’ Roses, who serves as the game’s master guitar instructor; Zakk Wylde, lead guitarist of Black Label Society who played with Ozzy Osbourne for many years; and Jason Hook and Zoltan Bathory from Five Finger Death Punch. These Legends will mentor players and help them navigate through the game’s features to build a rock star following and fine-tune their playing skills.

BandFuse: Rock Legends seamlessly connects real guitars, basses and microphones to game consoles, empowering players to jam to a huge selection of hits in a fun game environment. Players of all skill levels can tap into the rock experience by using the unique BandFuse: Rock Legends animated tablature (tabs) interface, which simplifies the learning process for novice musicians while allowing advanced musicians to perform songs as the artists intended.  The game’s four player co-op mode will let players connect two guitars, one bass and a microphone simultaneously and provide each player with detailed feedback from the BandFuse analytics engine.