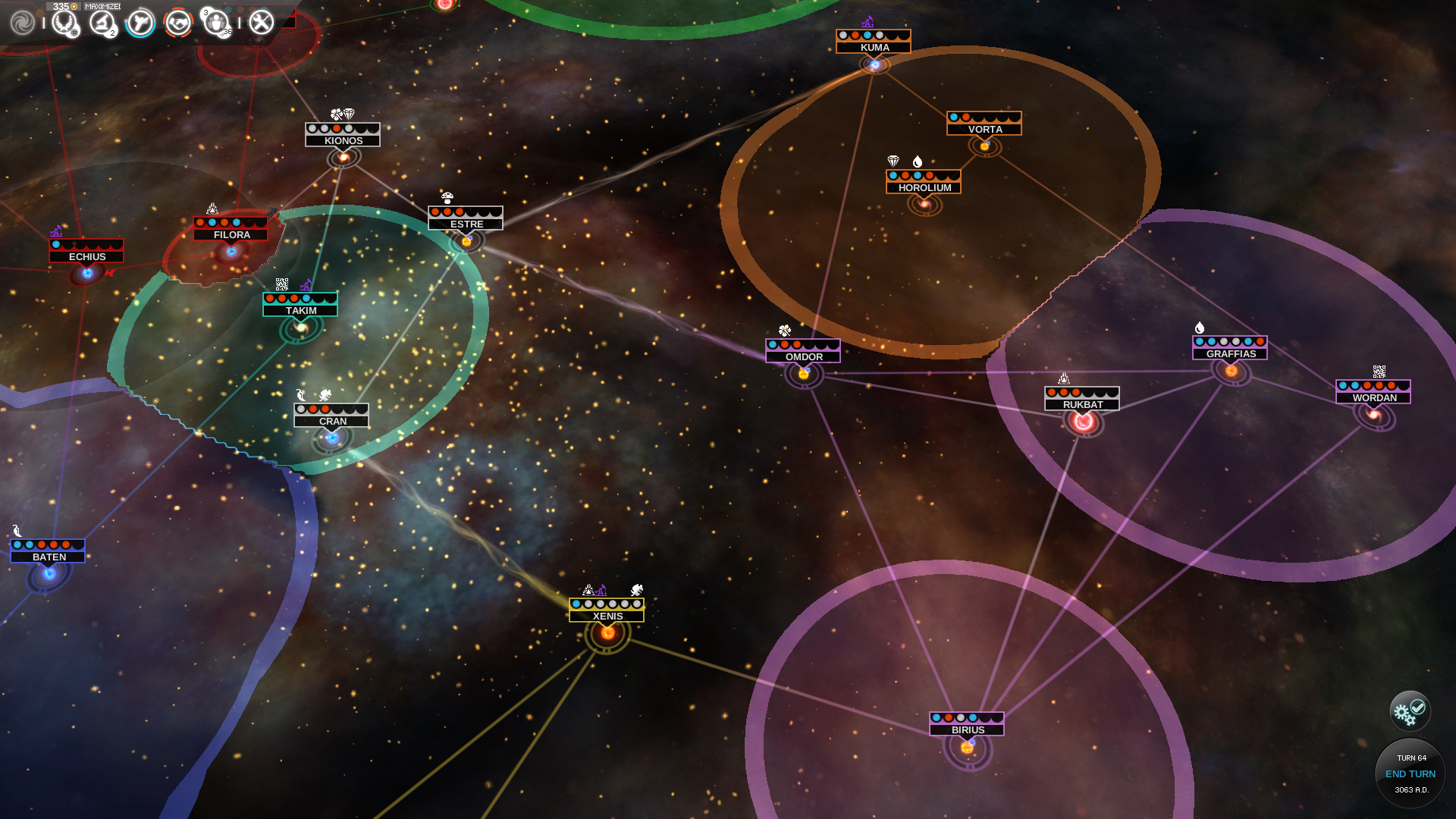 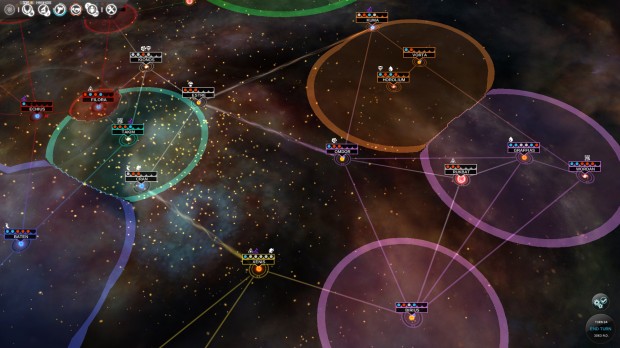 Haarlem, The Netherlands – November 29 2012 – Developer Amplitude Studios and publisher Iceberg Interactive have announced today the launch of the second free add-on, Echoes of the Endless, for their acclaimed 4x strategy game Endless Space.

To celebrate this free content update, Amplitude Studios is announcing several gamer-oriented events and price drops. First, the Steam free weekend runs from today November 29, until Monday, December 3; second is a special Community Event; and third is a 50% discount off the retail price. Throughout the free Steam weekend, as more unique gamers play the game, special rewards will be unlocked. There are six hidden rewards, with the final reward being the Automaton Ship Models. More information about the Community Event can be found here.

Background Story for the Echoes of the Endless add-on:
“…Like an earthquake or a tidal wave, like a birth or a blossoming, something has awakened the ancient infrastructures of the Endless. Empty planets now show signs of Endless technology, which seems to be rebooting itself in response to a strange signal that is propagating across the galaxy — a signal from the system where we last saw Jana Kryv, almost two years ago. Systems that slept for centuries are coming back on line, and many things are not what they appear to be. What we thought were rocks may be bases, what we thought were wrecks may be viable ships.

But we must walk cautiously among the relics of the Endless; though we seek to pierce their mysteries we are not yet on a level with their knowledge. We must travel farther, think harder, and work faster than ever before. It is more than our holy mission that is at risk now; it is the shape and the future of the galaxy as we know it…”

– Excerpt from a speech by Kamau Savasbat, Patriarch, A.B. 112

Echoes of the Endless will bring more immersion to the game through features chosen by the community via GAMES2GETHER votes. They include:

This add-on will also include features to add atmosphere to the game such as:

Echoes of the Endless also adds:

The Multiplayer experience has been improved with:

ABOUT ENDLESS SPACE:
Endless Space, a critically acclaimed 4X turn-based strategy game covering the space colonization age, is the first game from Amplitude Studios. The player can explore an infinite number of galaxies, expand their civilization through subtle trade and diplomacy or warfare and conquest, exploit different planet types, luxuries and strategic resources and challenge up to seven opponents in online confrontations. The game has been designed — and is still being enhanced — with the participation of the community via the GAMES2GETHER process. Read more here www.endless-space.amplitude-studios.com.

ABOUT AMPLITUDE STUDIOS:
Amplitude Studios is an independent gathering of experienced video game lovers (and developers) with a single goal: create the best strategy games! Based in Paris, the studio boasts an international team that has worked all over the world. Developer credits include franchises such as Battlefield, Rayman, XIII, R.U.S.E., Ghost Recon Advanced Warfighter, Call of Juarez, Might & Magic Heroes, Might & Magic Clash of Heroes, and others. Working closely for years with players to share, discuss or compare ideas, the team is bringing the idea of community one step further with GAMES2GETHER, a new way for players around the world to participate in the creation of a video game! Read more at www.amplitude-studios.com.

ABOUT ICEBERG INTERACTIVE:
Iceberg Interactive (www.iceberg-interactive.com) is an independent video game publisher founded in 2009 by an international group of games industry veterans and is located in Haarlem, The Netherlands. While keeping its roots in the European retail games market, Iceberg has rapidly increased its focus towards the global digital games market, by building strong direct relationships with dozens of Game Portals. Staffed with avid gamers, Iceberg works closely with an international assembly of game developers, both midsize and indie. With a distinct focus on the strategy, action, simulation and adventure game genres, the company has garnered attention with acclaimed releases including Killing Floor, Wings of Prey,APB Reloaded and Endless Space among its 50+ game arsenal – with more promising games in the pipeline.