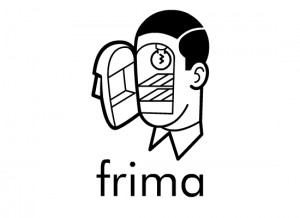 QUEBEC CITY – NOV. 29, 2012 – Today Frima Studio announces they have been named among Canada’s Top 10 Most Admired Corporate Cultures in the annual awards hosted by Waterstone Human Capital. Frima was given the award for being one of Canada’s most promising growth companies with a commitment to creating a positive corporate culture for its employees.

“Only a few months removed from our certification for exceptional Work-Family Balance by the Quebec Ministry of Family, this latest recognition further validates the investment we make in each of our employees,” said Steve Couture, CEO of Frima Studio. “We consistently find that building a supportive and flexible workplace leads to healthier, more productive employees that endeavor to hit our ambitious growth goals.”

Since its founding in 2003, Frima has sought to build a better business by attracting top talent from around the world with an attractive, balanced work environment. They offer each of their 360 full-time employees a wide variety of perks that encourage a healthy work-life balance such as flexible work hours and free access to public transit. Additionally, the internal Frimagination program allows any team of employees to present creative ideas for the opportunity to develop a personal project “on the clock” and entitles them to a share of the revenue if it’s commercially successful.

“We’re thrilled that Frima Studio has been named one of Canada’s 10 in the Growth and Small Cap category,” said David Kinley, the president of Waterstone Human Capital. “Our Canada’s 10 board was impressed with this submission, and with Frima’s leadership. This is an organization with a caring and strong culture, showing exceptional growth and performance. Congratulations to Frima’s leadership team and to all of its team members.”

In 2012 Frima released several original new IPs across multiple platforms including consoles, mobile phones, tablets and Facebook, while continuing their core work for some of the game and entertainment industry’s biggest brands.