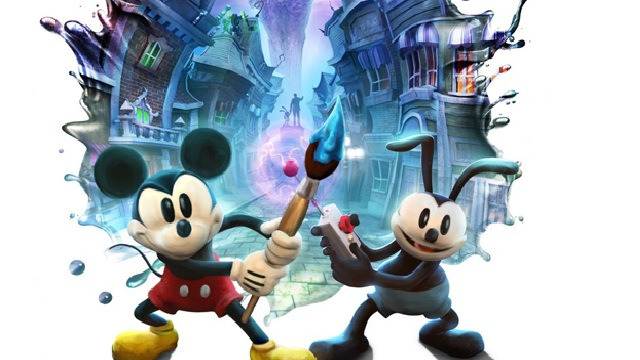 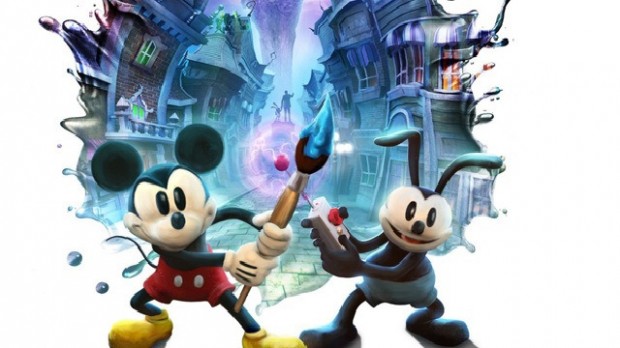 In “Disney Epic Mickey 2: The Power of Two,” gamers will play as Mickey Mouse and for the first time ever, Oswald the Lucky Rabbit, Walt Disney’s first cartoon star, in an all-new adventure of creativity and discovery.  Created by industry luminary Warren Spector and Disney Interactive’s Junction Point game development studio, “Disney Epic Mickey 2: The Power of Two” returns Mickey Mouse and Oswald the Lucky Rabbit to Wasteland, an alternate world filled with 80 years of forgotten Disney characters and theme park attractions.  But for the first time, Mickey and Oswald will join forces as true partners – Mickey with his magical paint brush that wields paint and thinner, and Oswald with his powerful remote control that allows him to command electricity.

“Mickey Mouse is one of the most beloved characters of all time,” said Warren Spector, vice president and creative director, Disney Interactive’s Junction Point.  “I feel incredibly lucky to have been given the opportunity to once again help craft his latest journey and at the same time bring Oswald the Lucky Rabbit back in such an amazing and innovative way, by allowing this once forgotten silent cartoon star to get a voice for the first time in history.”

The game’s new co-op play between Mickey and Oswald further enhances the idea that “PlayStyle Matters” – a unique approach to gameplay pioneered by Warren Spector.  Through “PlayStyle Matters,” players dynamically tackle different challenges in order to explore all possibilities and storylines, but with consequences for their chosen actions.

“We continually strive to develop interactive content that resonates across Disney’s broad fan base,” said John Pleasants, co-president, Disney Interactive.  “Our goal was to capture the nostalgic feeling that makes the Disney experience so magical, and it is clear that we’ve accomplished that with ‘Disney Epic Mickey 2: The Power of Two’ exceptionally well.”

In addition to the console titles, “Disney Epic Mickey: Power of Illusion” for the Nintendo 3DS created by critically acclaimed DS developer DreamRift in collaboration with Disney Interactive’s Junction Point, offers a unique drawing and painting functionality that allows players to create rough versions of objects that magically transform into classic Disney-style 2D illustrations.  Utilizing the game’s unparalleled dual screen integration, players then move their creations to the top screen where they are further transformed into full-color, fully-rendered 3D visuals.