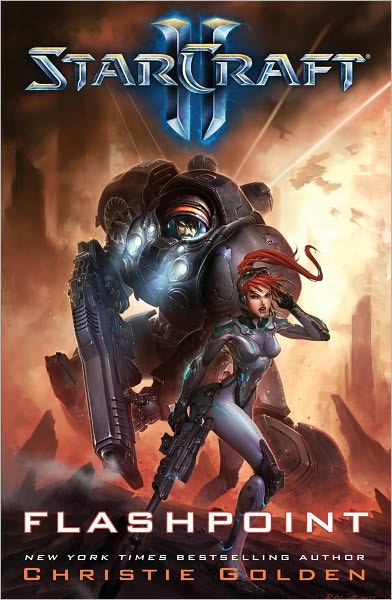 Blizzard Entertainment has announced that the new novel, StarCraft II: Flashpoint, is now in stores.

The zerg have lost their queen.

The tyrannical alien-human hybrid that held the Swarm together is gone, and her armies run wild — scattered and diminished. The terrans of the Koprulu sector can now move out from under the shadow of annihilation which has loomed overhead for so long. Only one question remains:  where is the Queen of Blades?

Jim Raynor, ex-Dominion marshal and rebel leader, knows the answer. A powerful Xel’Naga artifact has transformed the Queen of Blades back into her original human form: that of Sarah Kerrigan, a woman who is struggling to find some hope — and some humanity — in the shattered memories of her past. But with the Dominion forces of Arcturus Mengsk scouring the star systems for any trace of the deposed queen, Jim is going to need more than his wits, his fists, and his loyal Raiders to keep Sarah alive.