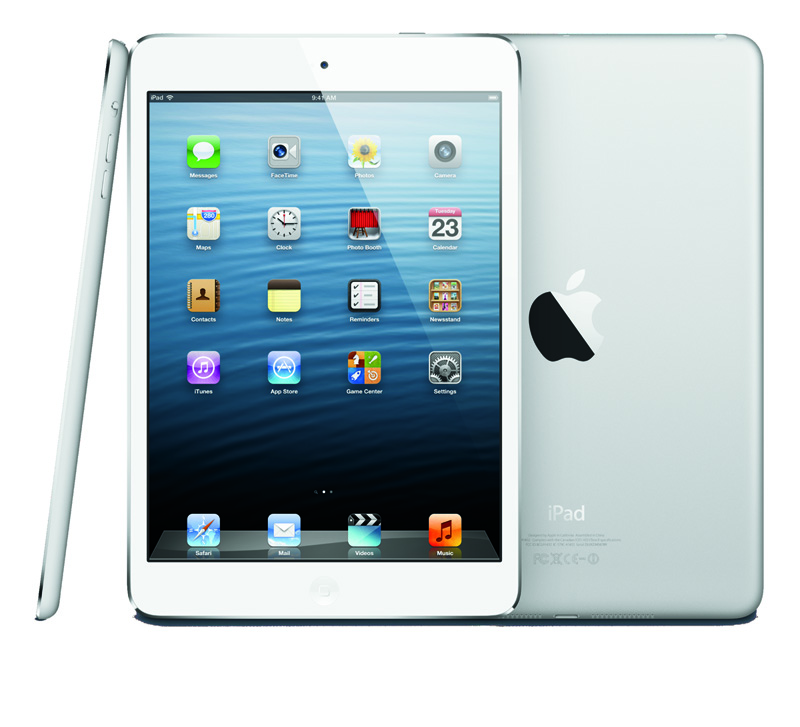 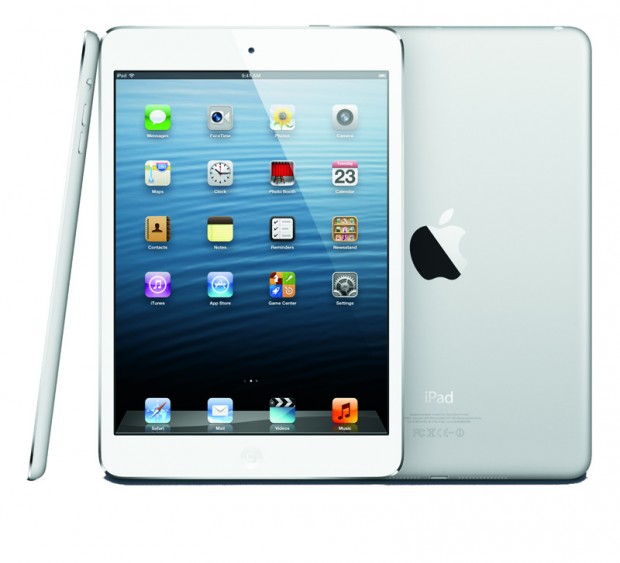 “iPad mini is every inch an iPad. With its gorgeous 7.9-inch display, iPad mini features the same number of pixels as the original iPad and iPad 2, so you can run more than 275,000 apps designed specifically for iPad,” said Philip Schiller, Apple’s senior vice president of Worldwide Marketing. “iPad mini is as thin as a pencil and as light as a pad of paper, yet packs a fast A5 chip, FaceTime HD and 5 megapixel iSight cameras and ultrafast wireless―all while delivering up to 10 hours of battery life.”

iPad mini comes in a beautiful new aluminum and glass design that is just 7.2 mm thin and weighs only 0.68 pounds. The 7.9-inch Multi-Touch display delivers the same iPad experience users have come to expect, in a design that has 35 percent more screen real estate than 7-inch tablets and up to an astonishing 67 percent more usable viewing area when browsing the web. The dual-core A5 chip delivers responsive graphics and a fast, fluid Multi-Touch experience, while still providing all-day battery life.

iPad mini features dual-band 802.11n Wi-Fi support for speeds up to 150 Mbps,³ which is twice the Wi-Fi performance compared to previous iPad models. iPad mini is available in Wi-Fi + Cellular models which are world-ready with built-in support for ultrafast wireless standards, including LTE¹ and DC-HSDPA, so you can browse, download and stream content fast from wherever you are. iPad mini data plans will be available with no contract so you can simply sign up and activate service directly from your iPad.⁴ The Personal Hotspot feature means you can share a fast cellular data connection via Wi-Fi, Bluetooth or USB with up to five other devices such as MacBook® Pro, iPod touch® or another iPad.⁵

The new fourth generation iPad features the amazing 9.7-inch Retina display and includes a new Apple-designed A6X chip that delivers up to twice the CPU performance and up to twice the graphics performance of the A5X chip, all while delivering an incredible 10 hours of battery life in the same thin and light iPad design. Other new features include a FaceTime HD camera, twice the Wi-Fi performance when compared to previous iPad models and support for additional LTE carriers worldwide.⁶

iPad runs over 700,000 apps available on the App Store℠, including more than 275,000 apps designed specifically for iPad, from a wide range of categories including books, games, business, news, sports, health, reference and travel. iPad also supports the more than 5,000 newspapers and magazines offered in Newsstand and the more than 1.5 million books available on the iBookstore℠. The iTunes Store® puts the world’s most popular online music, TV and movie store at your fingertips with a catalog of over 26 million songs, over 190,000 TV episodes and over 45,000 films. The new iBooks® app for iPad lets users read ebooks in over 40 languages. iBooks also lets users experience an entirely new kind of ebook that’s dynamic, engaging and truly interactive. Ebooks created with Apple’s new iBooks Author offer gorgeous, fullscreen ebooks with interactive animations, diagrams, photos, videos, custom fonts, mathematical expressions and much more.

¹LTE is available through select carriers. Network speeds are dependent on carrier networks. Check with your carrier for details.
²Battery life depends on device settings, usage and other factors. Actual results vary.
³Based on theoretical speeds, actual speeds may vary.
⁴Only available on some carriers.
⁵Personal Hotspot requires supporting data plan. Customers should check with their carrier for availability.
⁶LTE is available through select carriers.
⁷Sold separately.

Apple designs Macs, the best personal computers in the world, along with OS X, iLife, iWork and professional software. Apple leads the digital music revolution with its iPods and iTunes online store. Apple has reinvented the mobile phone with its revolutionary iPhone and App Store, and is defining the future of mobile media and computing devices with iPad.