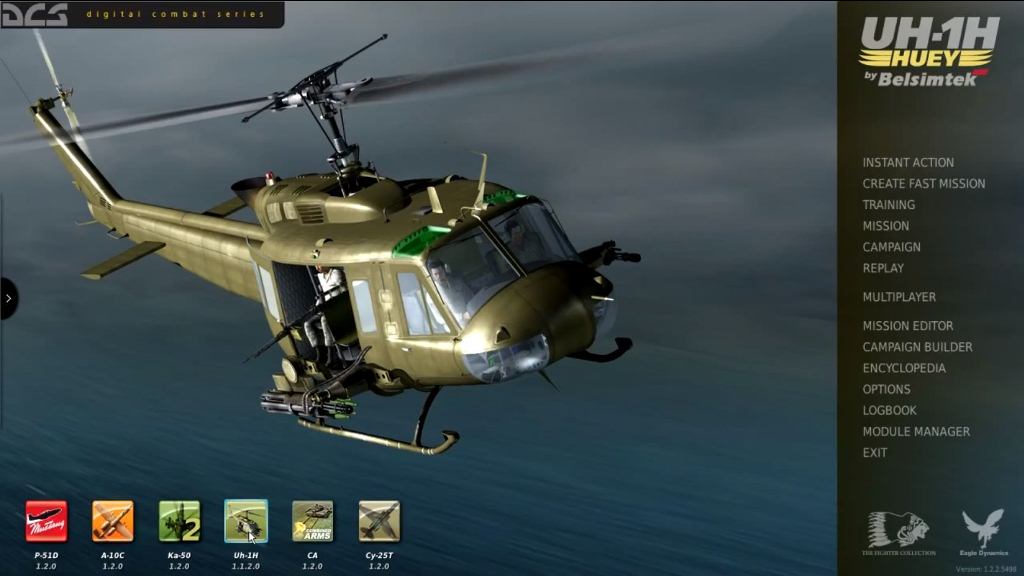 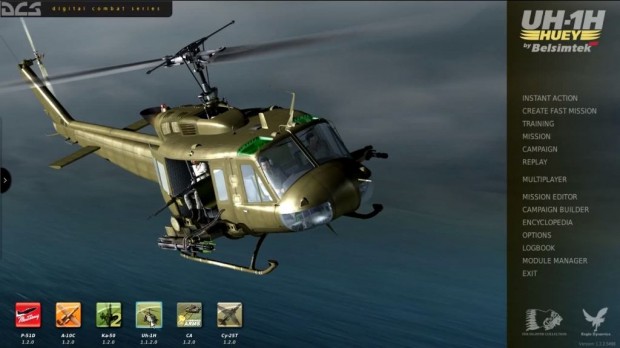 DUXFORD, UK, October 7th, 2012 – The Fighter Collection and Belsimtek are proud to announce the upcoming release of DCS: UH-1H Huey – the next aircraft in the Digital Combat Simulator (DCS) series of PC combat simulations. The Huey is one of the most iconic and well-known helicopters in the world. Having seen extensive service as a transport and armed combat support helicopter during the Vietnam War, the Huey continues to serve in both military and civilian roles in many countries around the globe today.

DCS: UH-1H Huey will feature the same exacting level of modelling detail as the existing Ka-50 Black Shark, A-10C Warthog and P-51D Mustang DCS aircraft and it will be online compatible with them. Working in close partnership with U.S. based UH-1 operators and experts, The Fighter Collection and Belsimtek have leveraged their unique skills and experience to provide the most dynamic and true to life helicopter experience available on the PC.

The UH-1H will be the first helicopter of conventional design featured in the DCS series and further demonstrates the broad scope of the DCS simulation environment and its ability to introduce a wide variety of aircraft from all eras into a common simulation platform. The UH-1H will also be the first DCS aircraft to offer multiple player positions, including pilot, co-pilot, and door gunner. Like previous DCS products, the UH-1H will include a variety of difficulty options to cater to users with different levels of flight simulation experience, including “Simulation” and “Game” playing modes.

DCS: UH-1H Huey will be available for pre-purchase later this year for $39.99.