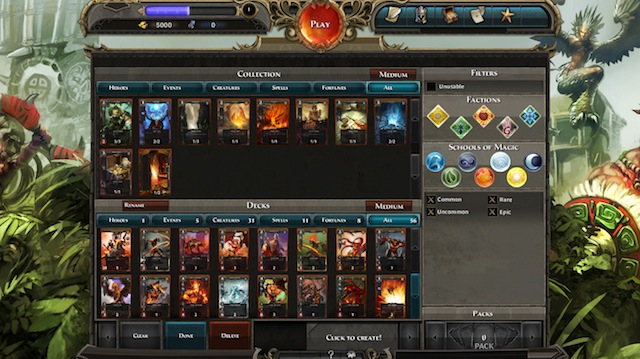 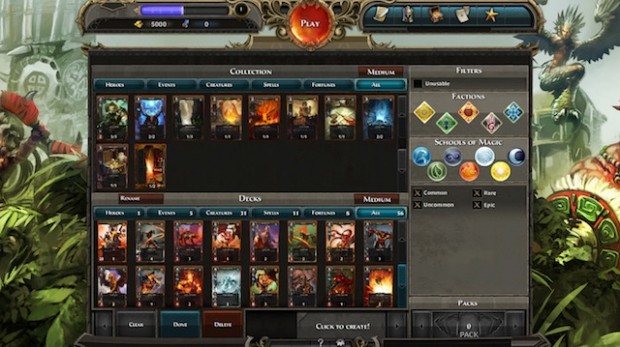 London, UK – September 13, 2012 – Today, Ubisoft® announced that Might & Magic® Duel of Champions, the Might & Magic online free-to-play card game, is now available on Windows® PC and will arrive in October for iPad. Every European player can access the game, in English, French, German or Polish.

Might & Magic Duel of Champions is being developed by Ubisoft Quebec and includes hundreds of new, detailed, collectible cards all set in the Might & Magic universe. As players develop their skills and strategies, they’ll be pitted against each other in epic battles and be challenged to earn new cards and grow the strength and abilities of their chosen hero’s army. Players also can enhance their experience and replenish their card supply by visiting the game’s online store.

Players can compete against each other online across platforms, and post updates on their progress to Facebook and Twitter from within the game. The game also features an in-game messaging system, guild building and social features.

The open beta brings new content such as a new solo campaign, new tournaments and also foil cards that should please every collector.

For more information and to play Might & Magic Duel of Champions please visit:http://www.mm-doc.com