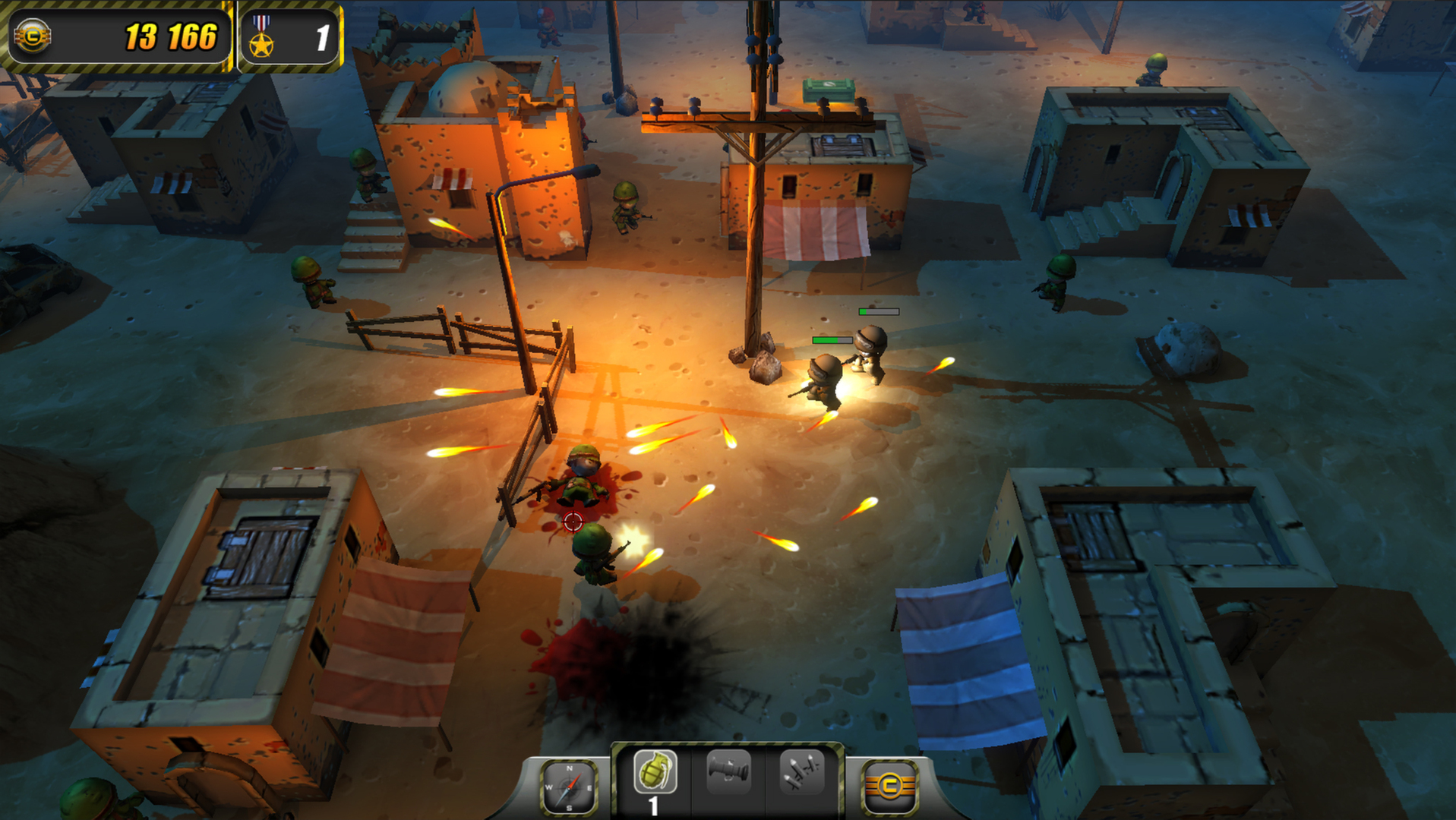 When I was only a lad I used to have hundreds, actually thousands of the little toy army men.  I got a set for my birthday once that had 6 different colors of army men all modeled after the real uniforms worn by soldiers around the world.  I was the envy of all the kids in the neighborhood and they were always coming over to my house to play with them.  Each color also had a military vehicle designed after one of theirs so there was plenty to go around.  Then the Atari 2600 hit my house and the army men became an occasional play toy because what was better than interactive tv games?  I still collected them, I even got the little tiny ones the size of a thumb nail which I just shoved a couple handfuls of in my pocket when going to visit relatives.  I lost so many of them at my great grandma’s house in her sand backyard that we were finding them for nearly a decade later.  The point is when you grew up with the little green army men they continue to hold a place in your heart long after your youthful imagination gave them voice and gunfire.  I think that is the core reason that games like Command and Conquer, Warcraft, Starcraft and so many other strategy games are so popular.  We are given our little green army men, given a mission and we send them off to war, all the while listening to them talk from the screen.  The game Tiny Troopers is one of those games, in this case looking more like the little plastic heroes than most with missions just like you would have made up as a kid. 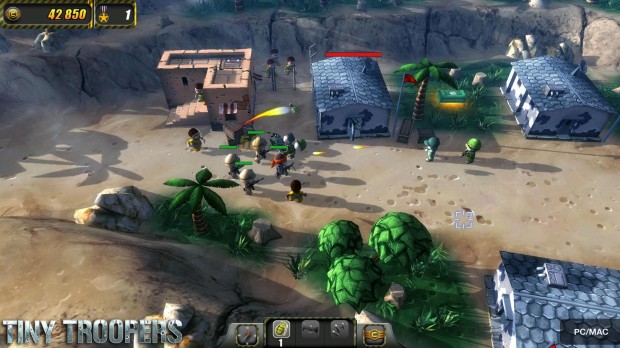 The graphics in this game are simple but nice, the landscape has good detail to it and the figures look like Lego men marching off to war, they don’t bend their knees and their faces are simplistic.  The gunshots and music are dramatic but the voices, trying to emphasis the tininess of the troopers, are small and squeaky while they yell out iconic lines from different movies such as “game over man!  game over!” or “mommy!” making sure that this game is supposed to be fun and challenging but it is not designed to be anything realistic. 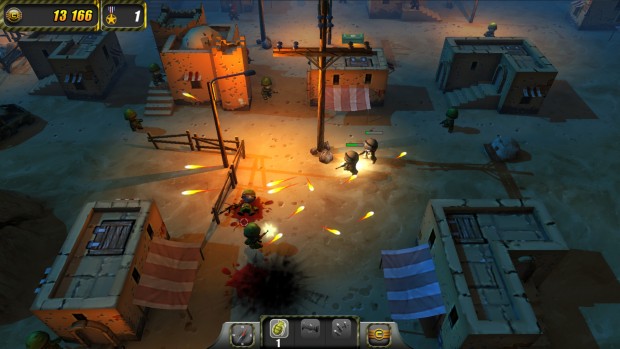 I will admit seeing one of the little Lego figures writhing and groaning in pain with his ribs showing and a growing bright red blood splatter under him is a little disturbing at first but it is done cartoonish enough to not have any real lasting effect except to remind you which area you have covered by checking out the blood spatters left behind. 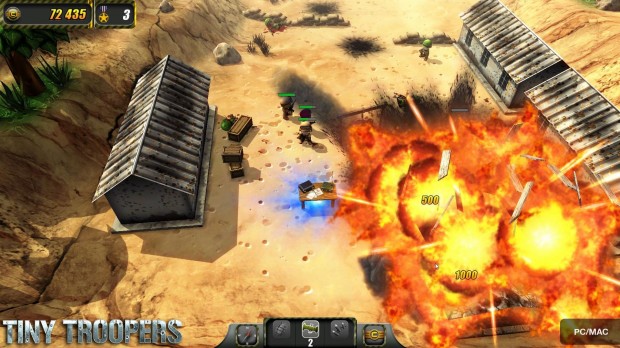 The gameplay is pretty straight forward, the challenge is in the strategy.  Left mouse button moves you, right fires your weapon and clicking on a special weapon then ctrl-right click uses it.  That’s all there is control wise, you can fire your gun while you are moving around but you must stop firing your gun to move.  So if you know an enemy is about to shoot at you you click on a spot on the map and while your are heading there you shoot at the enemy.  They don’t track your movements very well at the lower levels so usually a small bit of movement is all that is required for them to miss.  Certain missions require you to survive waves of attacks in which case you want to keep moving otherwise the zero in on you and you get taken down. 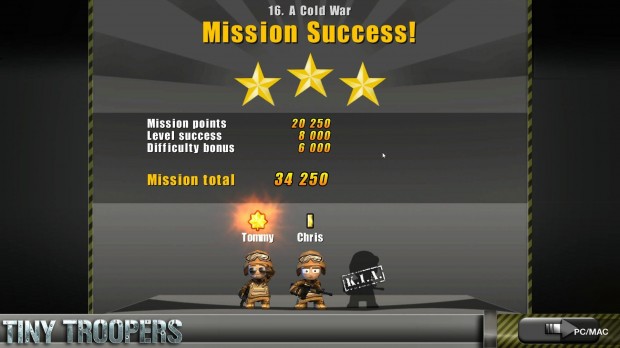 That brings up an interesting point in the gameplay, if your character dies it is KIA and no longer available.  If you are in mid mission you might be able to get reinforced with a fresh face but if you wipe out your whole team then you get a whole new team when you try to do the mission again.  This can be a little frustrating because the more missions your troop survives the higher their rank and the tougher they are.  When you see your highest ranking officer drop because you didn’t notice a landmine in the shadow of a vehicle or that a tank is actually still live it can be a bit frustrating.  It can also be proper incentive to not let that happen in the first place. 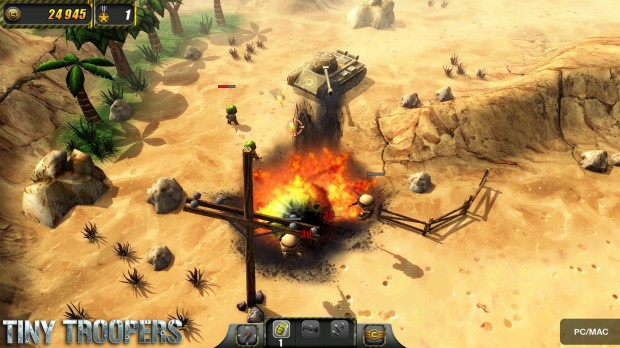 In games where there are no real repercussions for losing a mission or losing a team member carelessness can be the result of impatience.  In this game you move carefully, use any advantage such as range or intel that you can get not just to win but to have the best team you can for the next mission.  Once you beat a mission in campaign mode you can go and play it again in single mission mode so that if you have a favorite map or think you could just have done one better you can go give it another try. 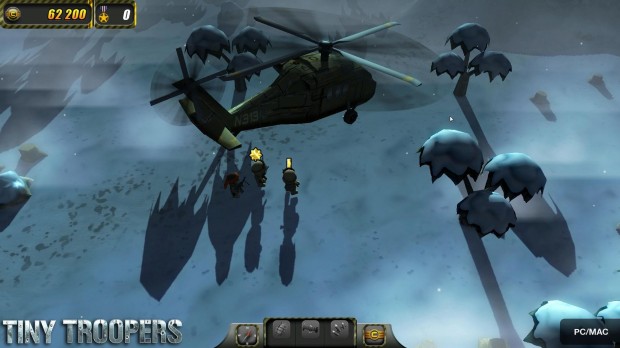 Tiny Troopers is addictive “one more mission” kind of fun.  The controls are simple, they gameplay is pretty straight forward but takes planning and strategy if you want to get out of a mission with your team still intact.  It is so much fun on the PC that I picked it up for my iPhone so that I can take this game on the road just like I used to take my little green army men. 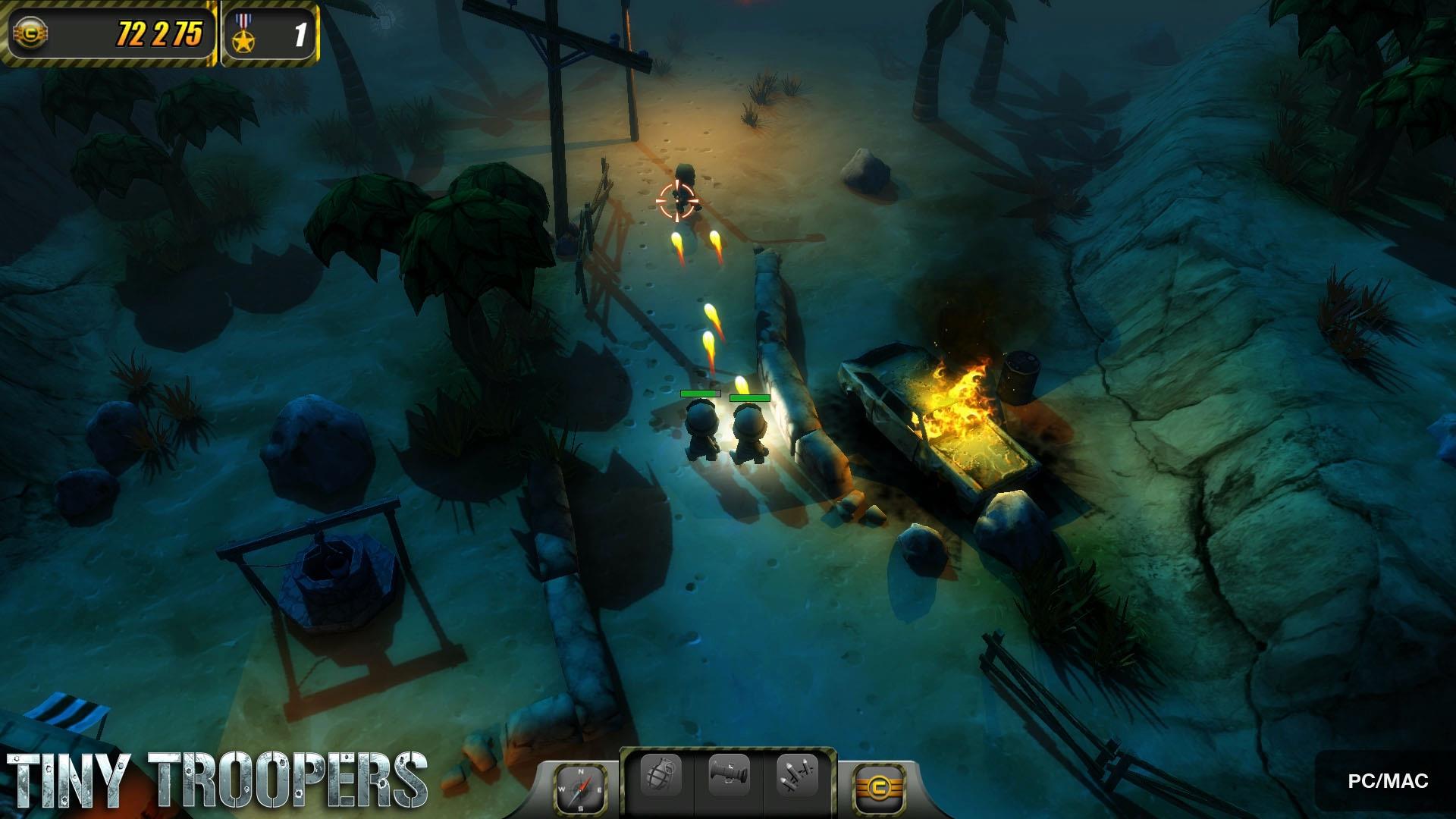 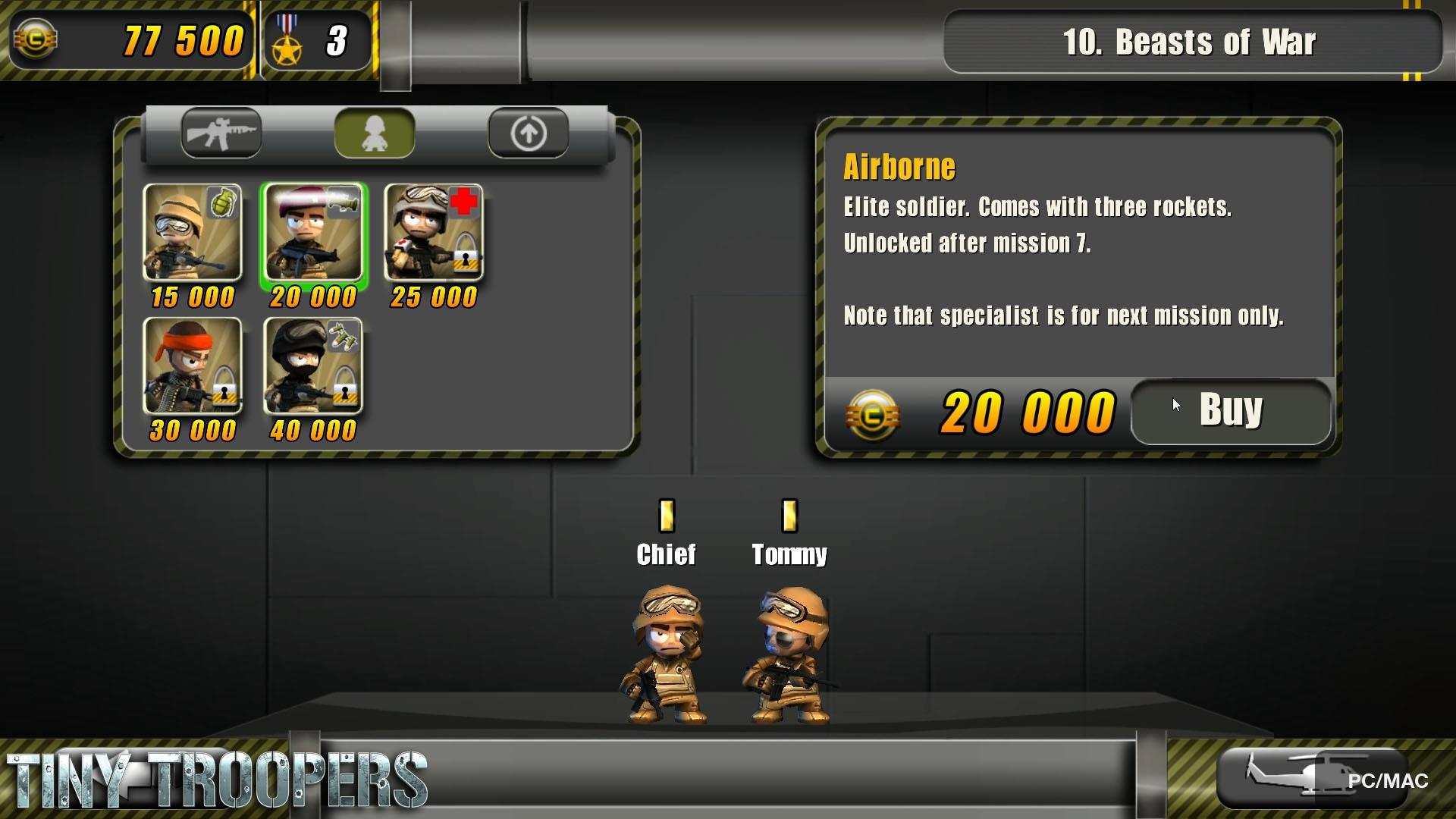 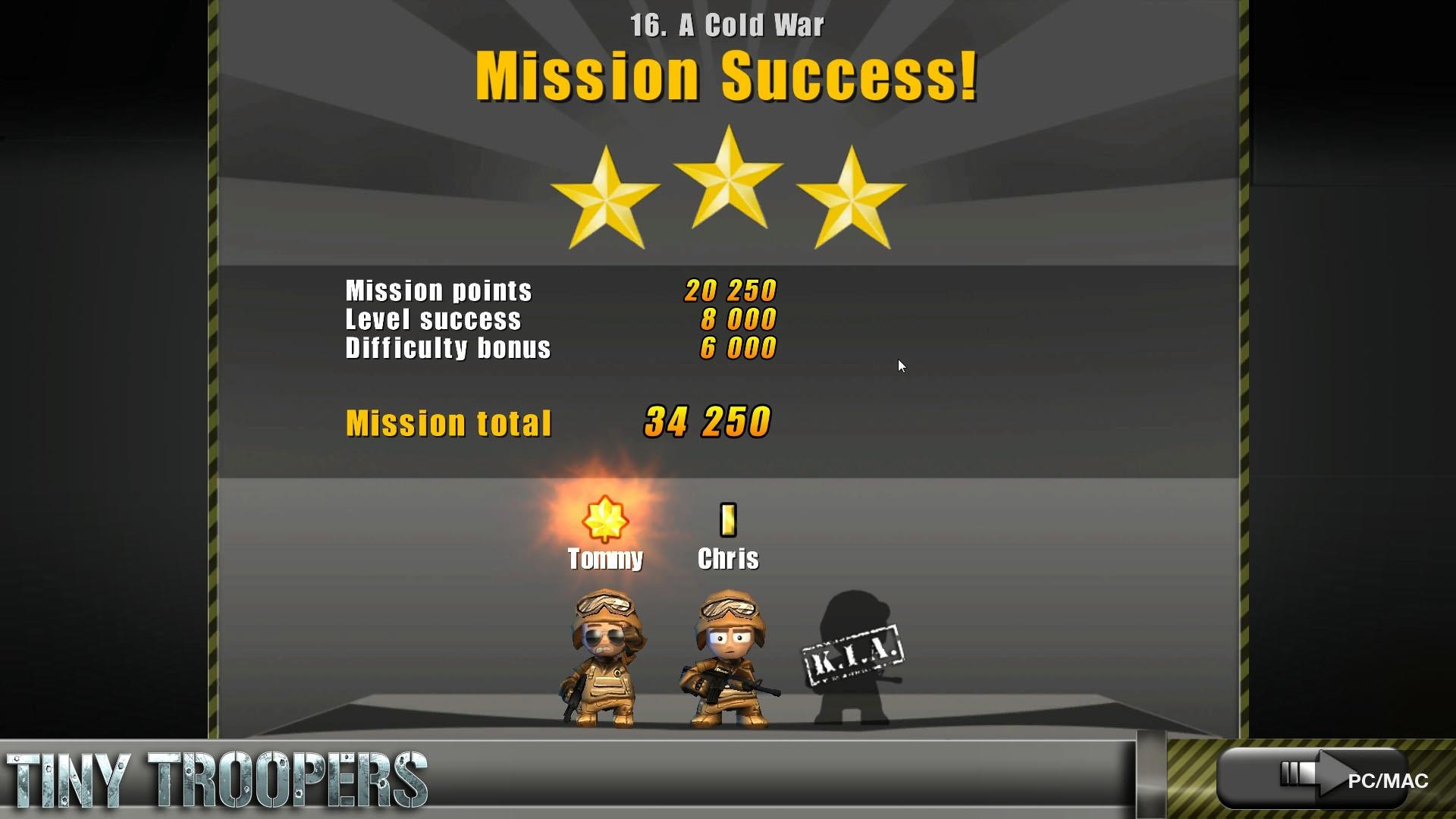 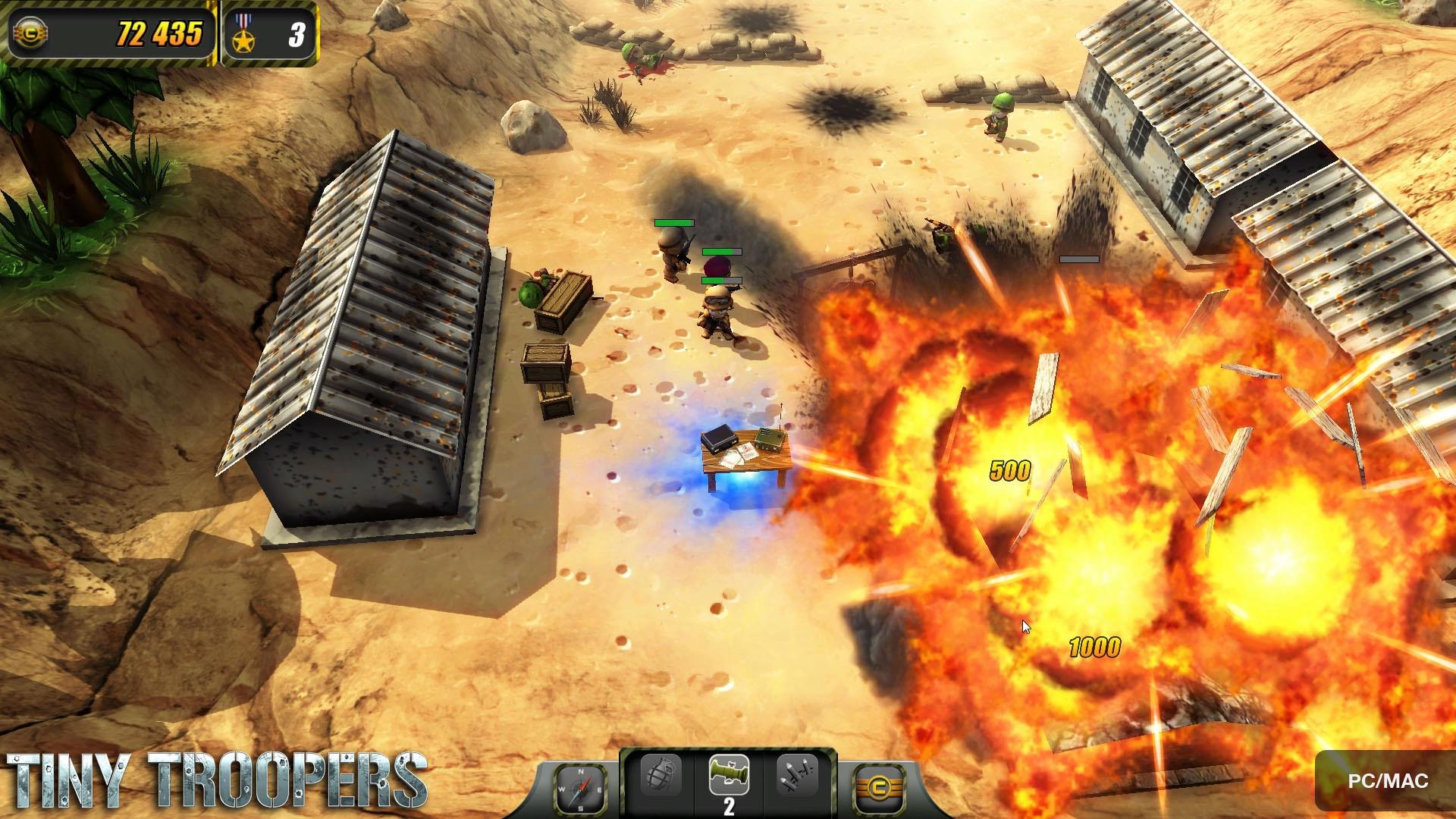 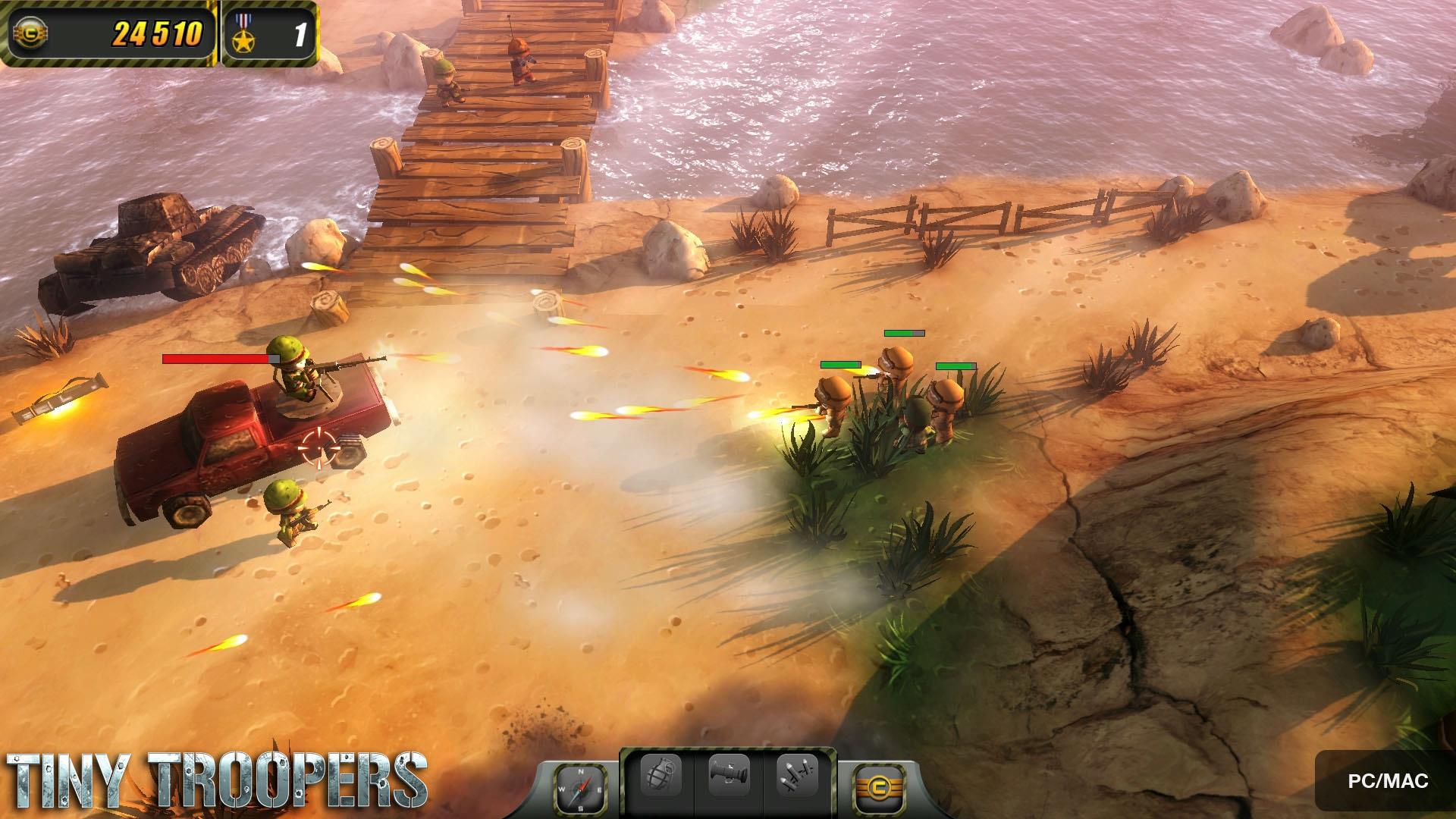 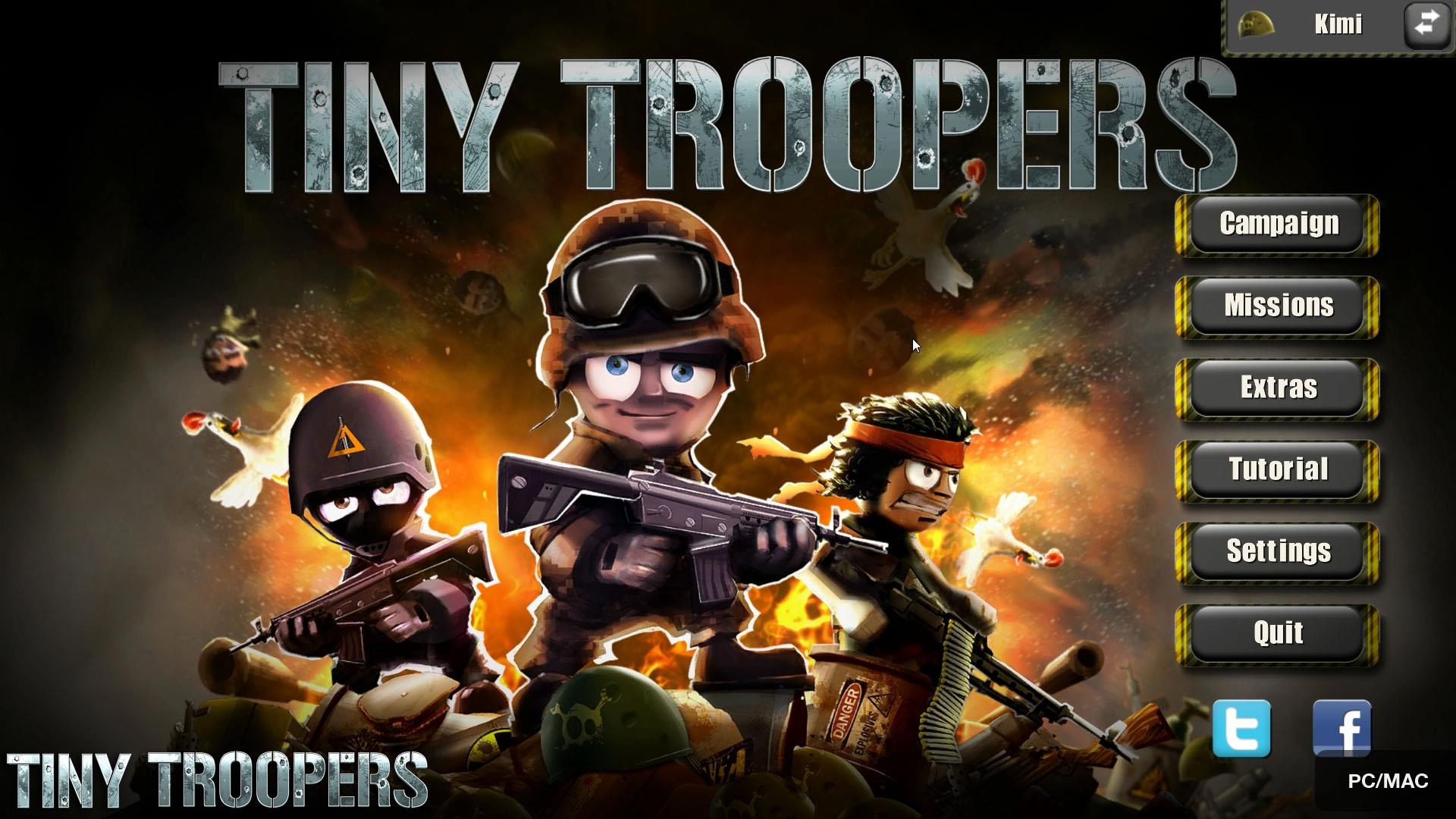 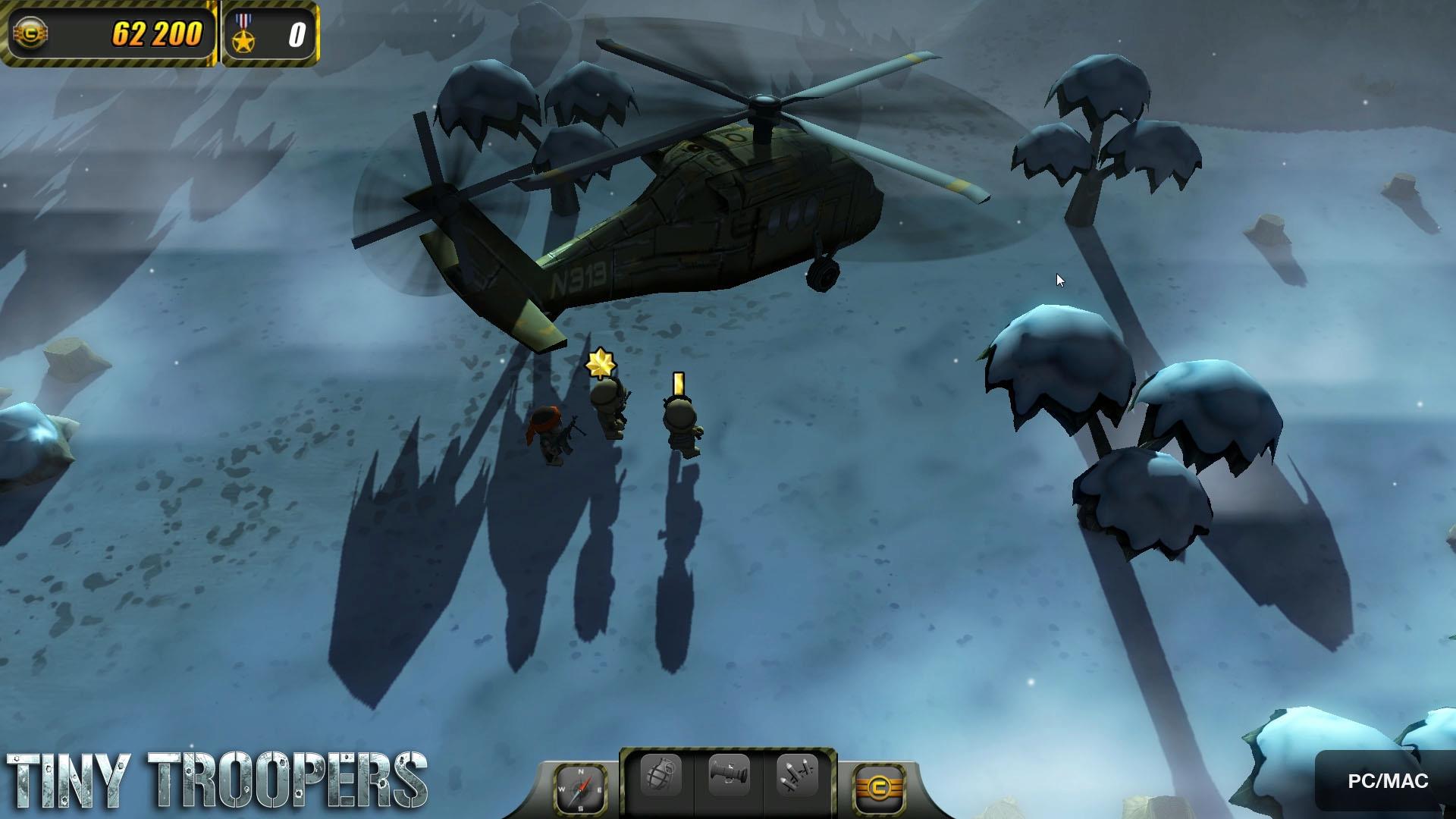 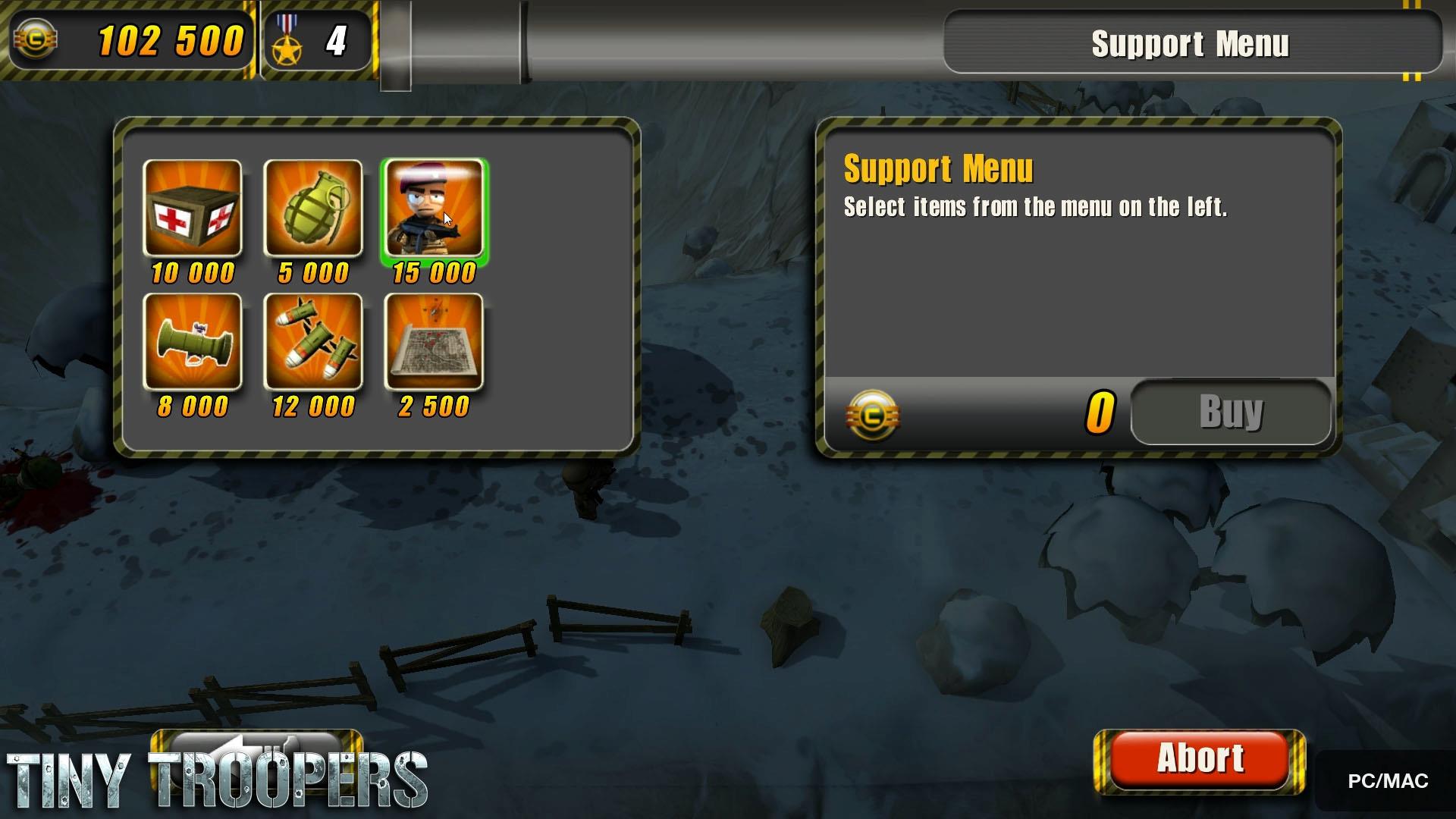 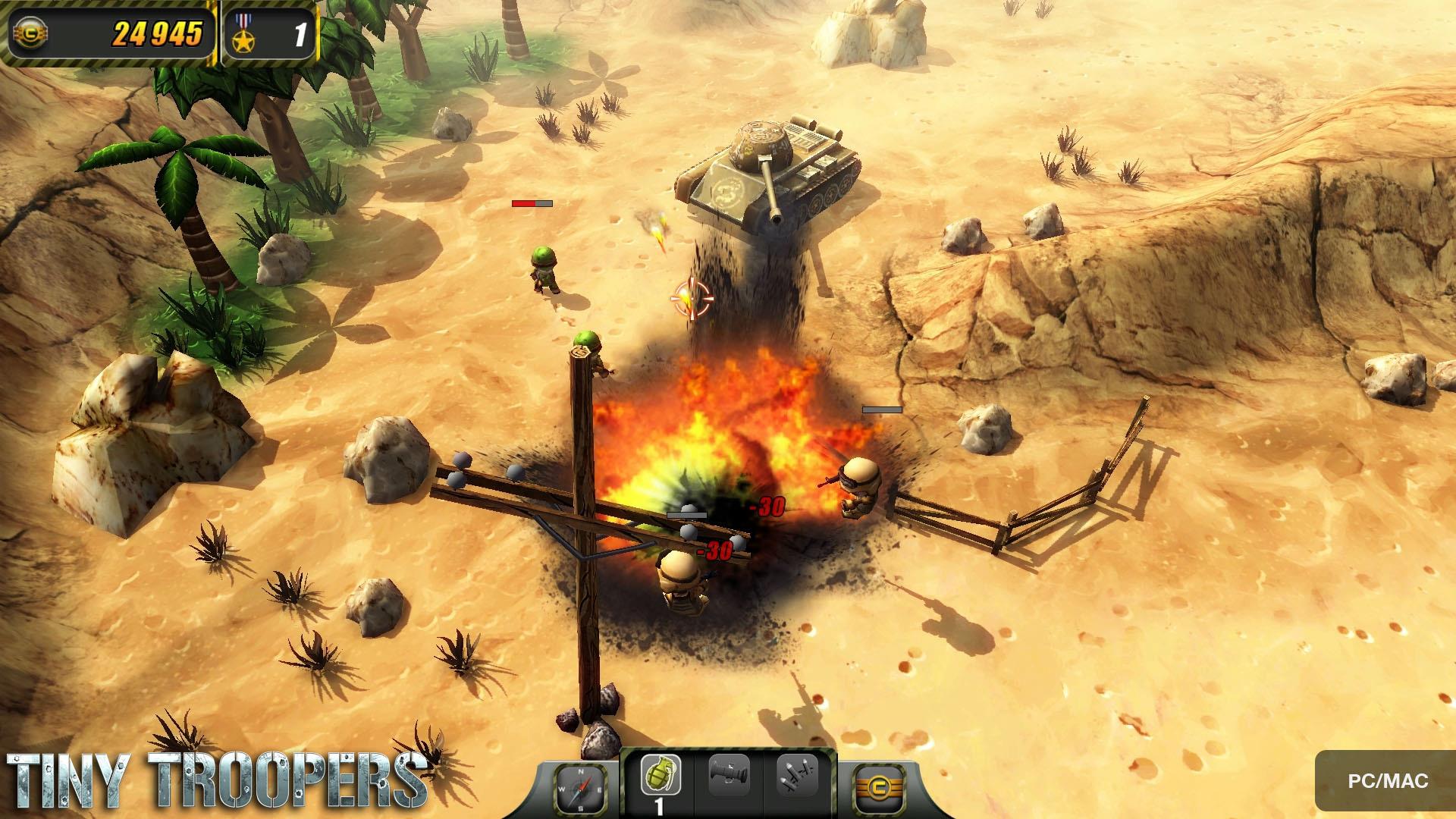 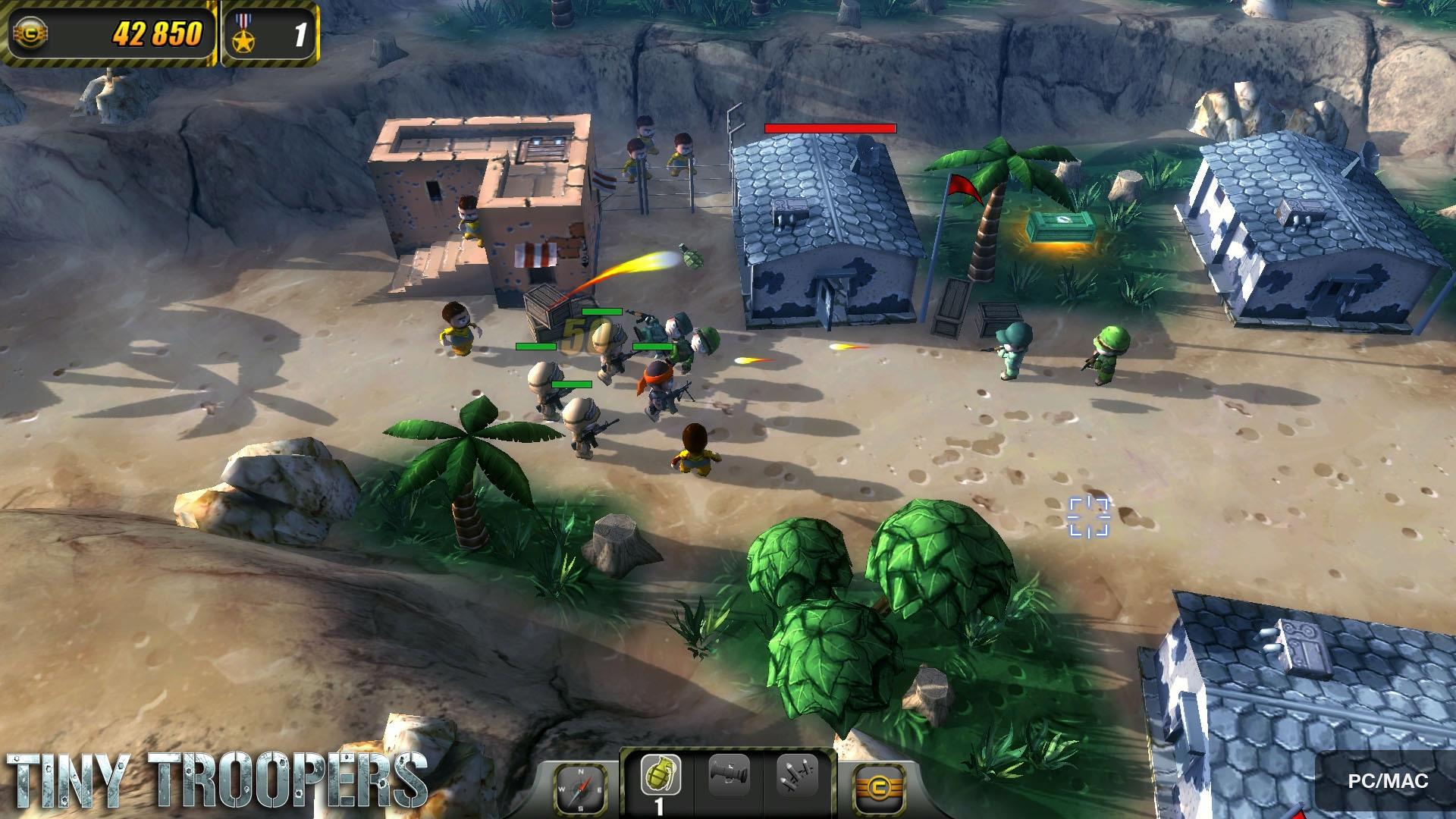 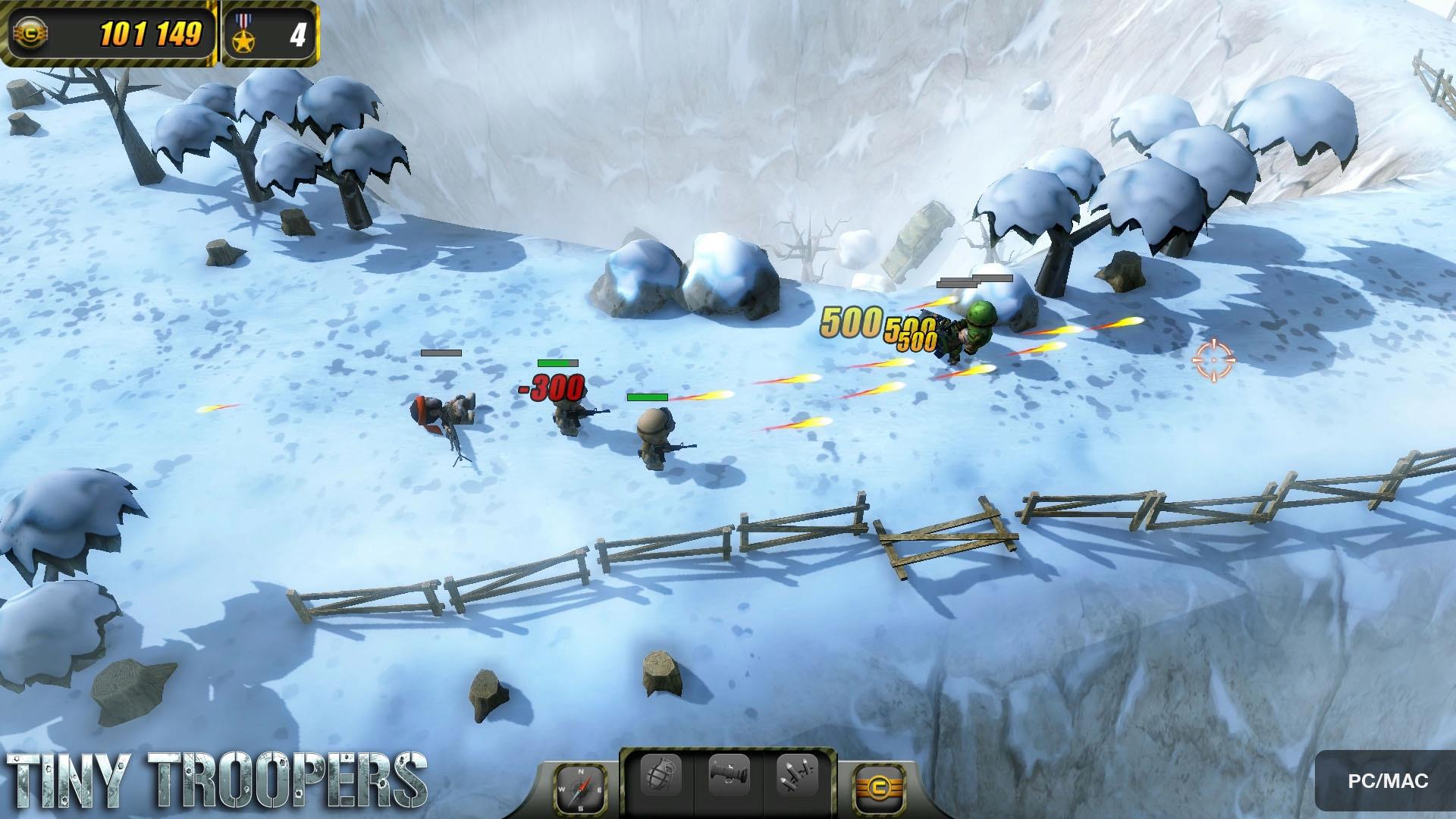 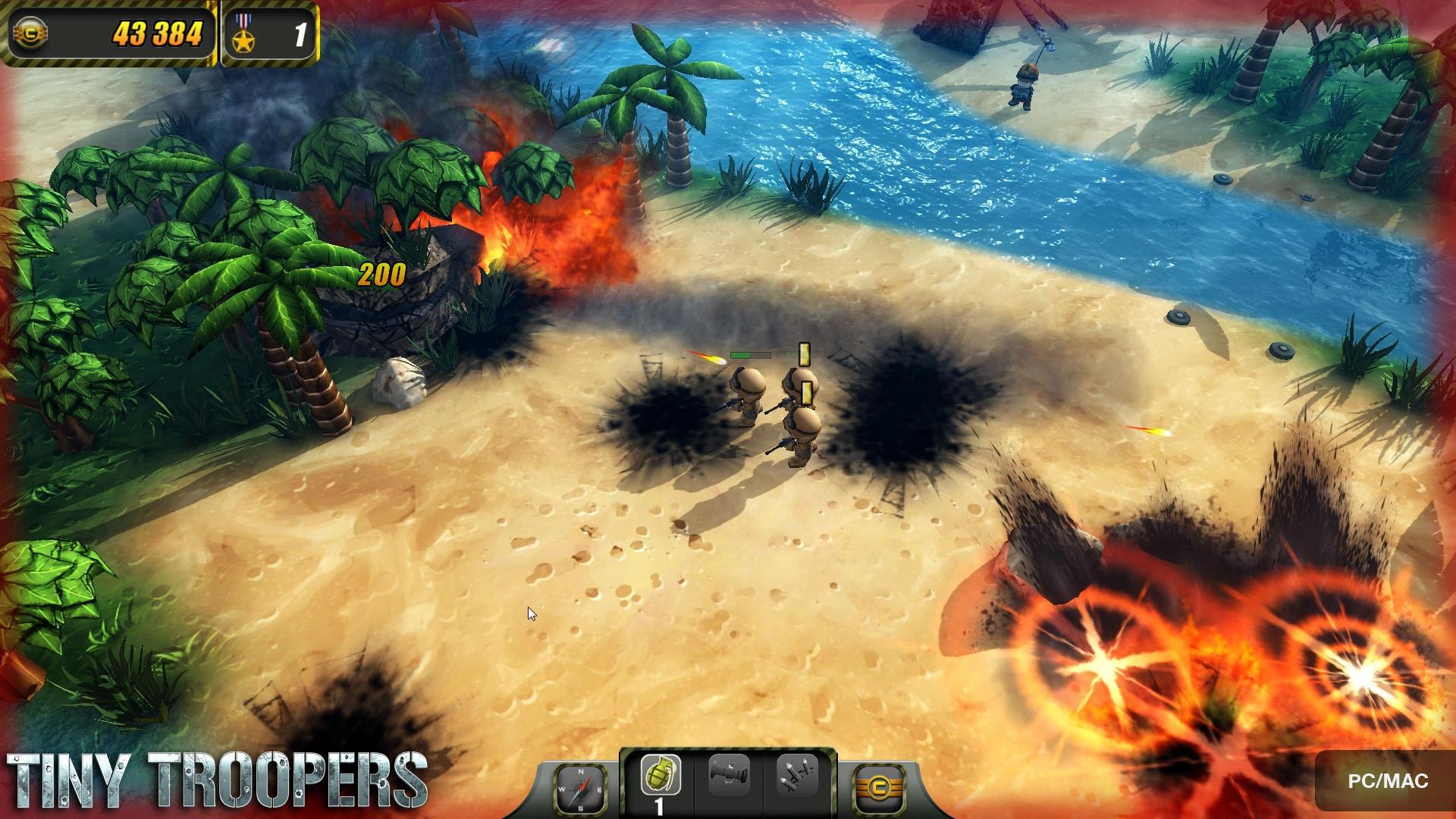 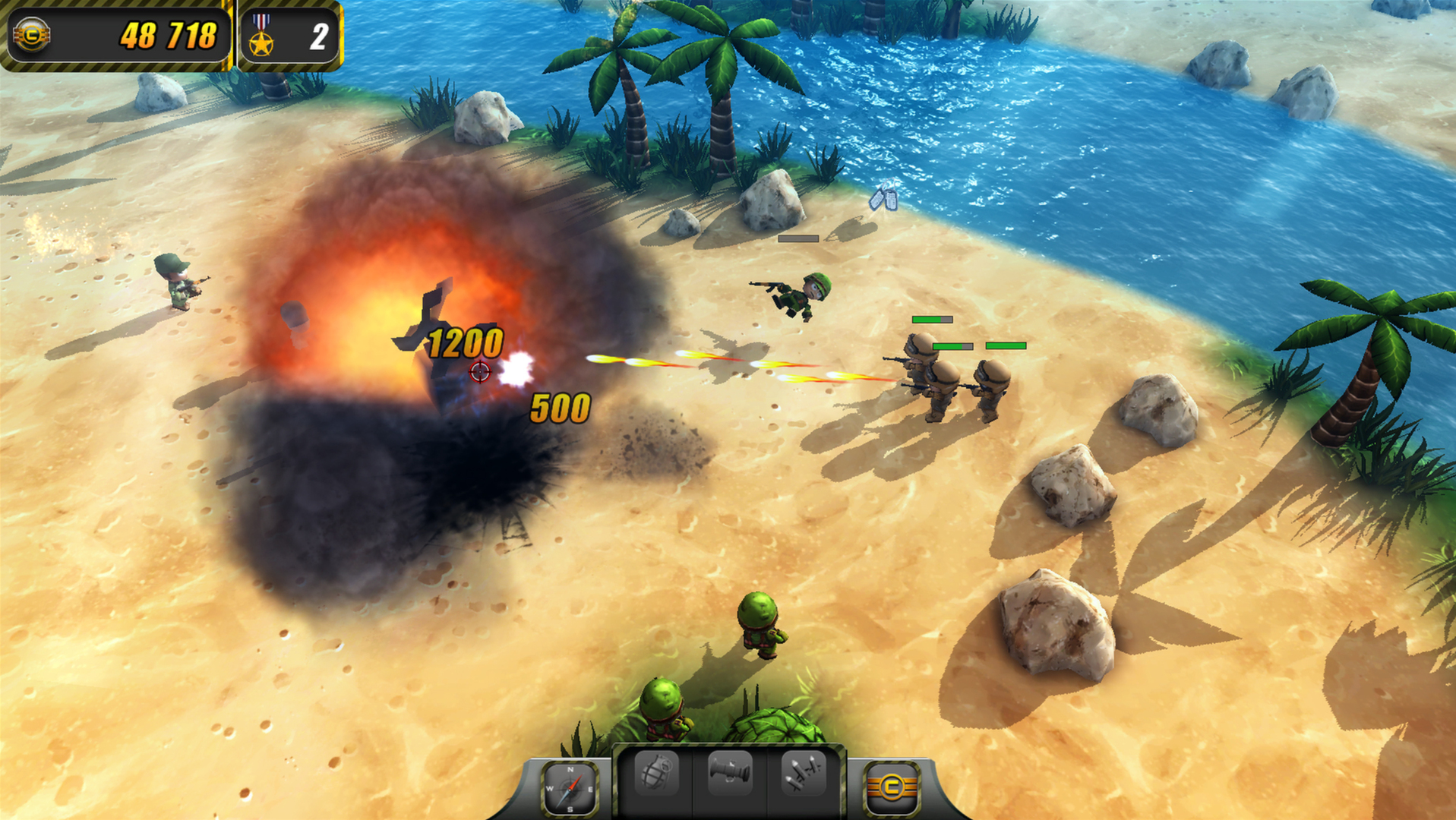 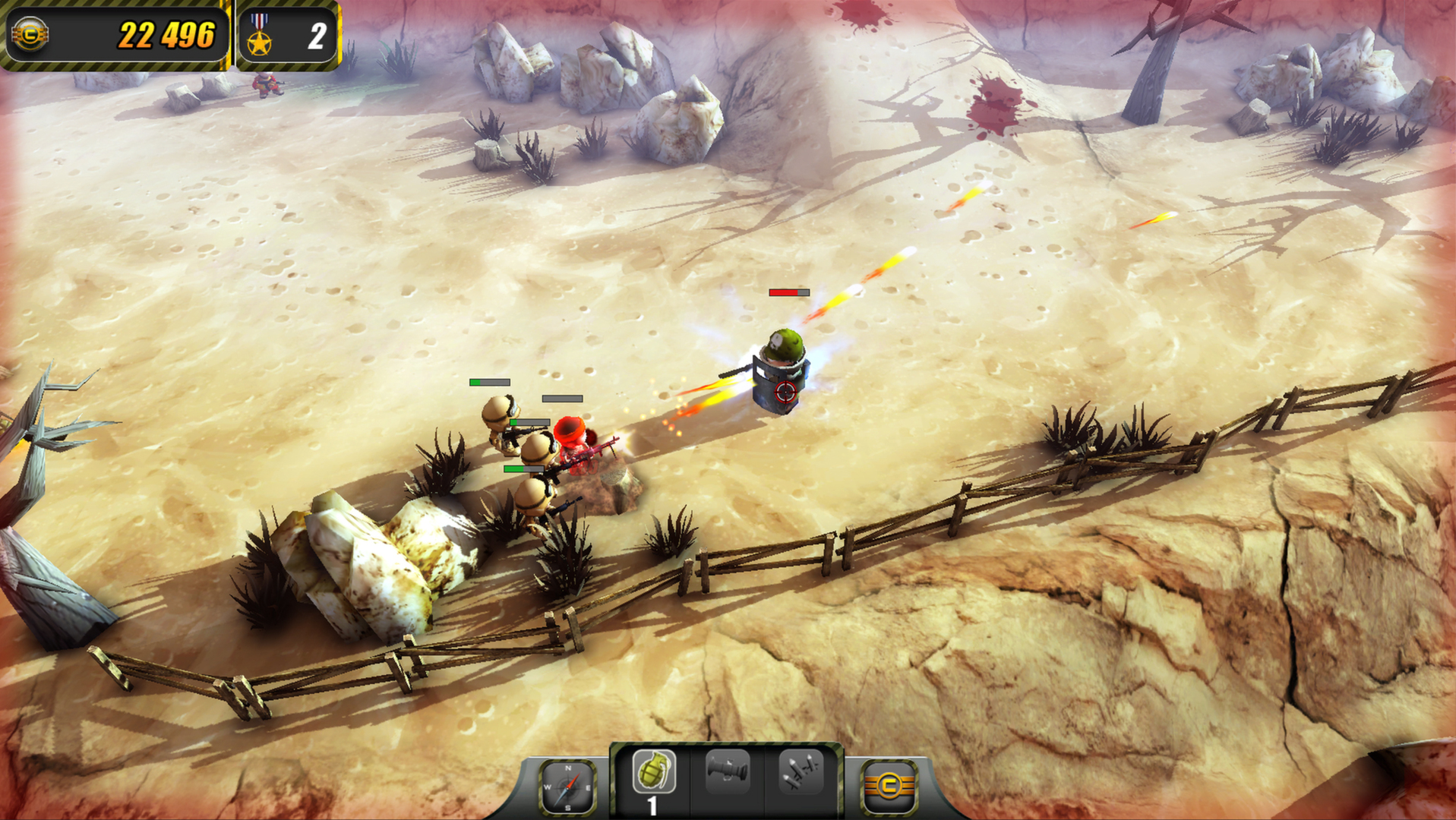