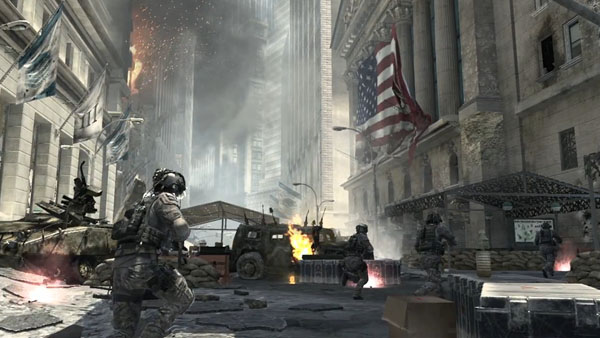 Infinity Ward has released the third downloadable collection pack for Call of Duty: Modern Warfare 3.  This pack includes 4 Special Ops maps, 3 Face Off maps, and the brand new Chaos Mode for players to check out.  For fans of the Modern Warfare franchise, most of you will already have gotten this map pack.  For anyone else, this pack truly shines for those that love to do the Special Ops maps and like the tighter, smaller fights that can be found in the face off maps.  If  you are looking for any larger maps for team deathmatch, then unfortunately, this pack isn’t for you. 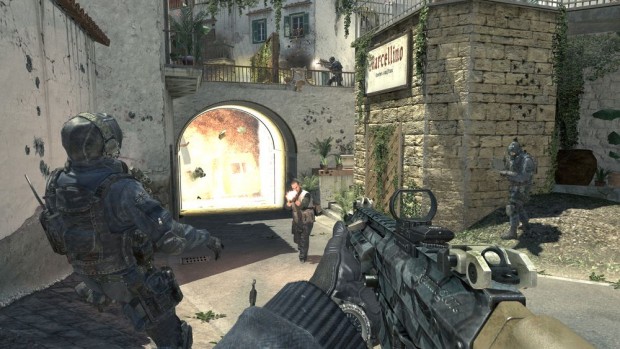 For this pack, its the Special Ops mode that truly comes out the winner with new content.  With four new maps, Special Ops has the most content then any other mode in the Chaos Pack.  The pack includes Arctic Recon, Light ‘Em Up, Vertigo, and Special Delivery.  Vertigo is the weakest of the four maps because it essentially is a survival map.  You are on top of the hotel in Dubai found at the end of the game, surviving wave after wave of enemies while taking down helicopters with the launchers that are available to you.  In Arctic Strike, you have been tasked with disabling a Russian ship via charges that you will plant at strategic points.  Special Delivery involves the player trying to save a fallen comrade that is being held in a secure position, while the other player provides cover from the air in an Osprey.  The last one, Light ‘Em Up, is my favorite of the four.  You are infiltrating Makarov’s castle hide out, and must secure intel before proceeding, while the other player lights targets up from the helicopter that is flying high above.  The use of light in this map made it for me.

Overall, this is a fairly mediocre map pack, with one great map, one weak map, and two mediocre ones.  Light ‘Em Up shines through for me as the star of these Special Ops maps, while Vertigo is the weakest due to the lack of objectives for the map.  If you like the Special Ops maps, then this will be good for you, but if you are more focused on the multiplayer maps, then check out the next section. 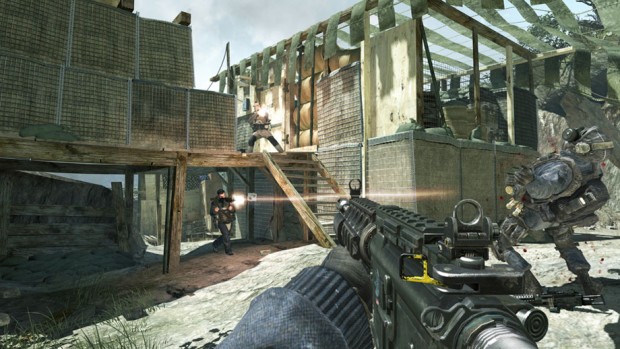 With the Chaos Pack, there are three new multiplayer maps available, and all of them are Face Off maps.  We get Vortex, U-turn, and Intersection.  Vortex is the clear winner for me in this pack, because I loved the ambient environment.  Vortex is set on a farm during a tornado, which can be seen heading towards the area.  The actual map, like all Face Off maps, is small and straight forward, with a few buildings and a field of crops for cover.  Intersection is a solid urban map with many stores and nooks to hide in.  Intersection is, like the names references, an intersection in New York City.  This is the map for some close combat style game play, while running between buildings and trying to stay out of the streets.  Lastly is U-Turn, the weakest of the three.  U-turn is a strip of highway in Iraq that is littered with various vehicles that have been destroyed.  It is very linear in its game play with very little in the way of strategy for the players.

Face Off maps have been touch and go for me since the beginning.  I like the smaller feel of them, but I never play in smaller games with my friends.  When I play online, it’s always in the larger six versus six team games, which are horrible for such small maps.  If you and your friends are looking for some tight three versus three action, then these maps will work, but if you are looking for the large scale maps then I would completely skip this pack. 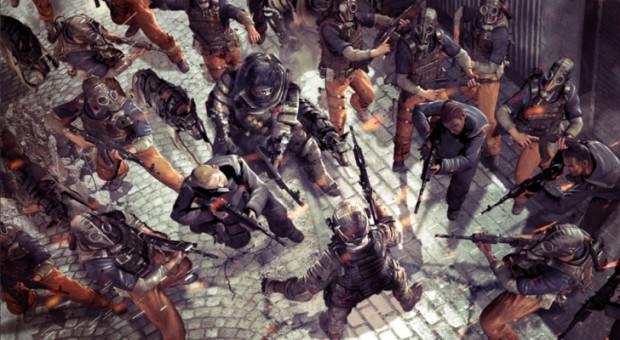 Chaos Mode is a new arcade style mode that pits you and your company of friends against wave after wave of enemies.  Chaos Mode only offers  Resistance, Village, Underground and Dome as maps that can be used, so your choices of environments are limited.  You will earn special perks for chaining kills together and can pick up new weapons by watching for weapon spawns on the map as you progress through.  Each kill will need to be confirmed by picking up the dog tags and each player will have multiple lives which helps to extend the game play of the Chaos Mode.

Firefight, Horde Mode, Chaos Mode.  Whatever a developer calls it, this mode is essentially the same type of survival mode that you have played in other games before, but with the Modern Warfare 3 spin on it.  Chaos Mode is strong and works well, if you are desiring such a mode.  Truly, for me, I could have lived without this mode and would love nothing more then having a couple of extra larger scale maps for multiplayer to replace it. 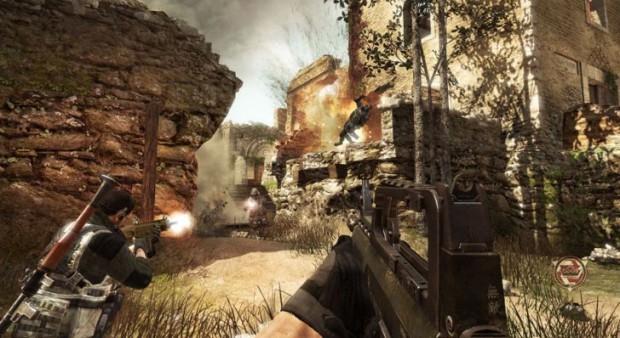 The Chaos Pack for Modern Warfare 3 is going to be the first pack, I believe, that players will truly ask themselves “Do I really want this pack?”.  With four Special Ops maps and the new Chaos Mode, the Chaos Pack is heavy in the single player or smaller group game play.  The three Face Off maps do nothing to persuade me otherwise, since these maps are made for no more then six people at a time.  If you like the smaller maps and felt that you needed more Special Ops in your life, then the Chaos Pack was specifically made for you in mind.  If you are like me, and want some more maps for the larger scale mulitplayer games, then unfortunately the Chaos Pack has nothing to offer you.  The Chaos Pack is available now for download and runs $14.99 through Xbox Live.