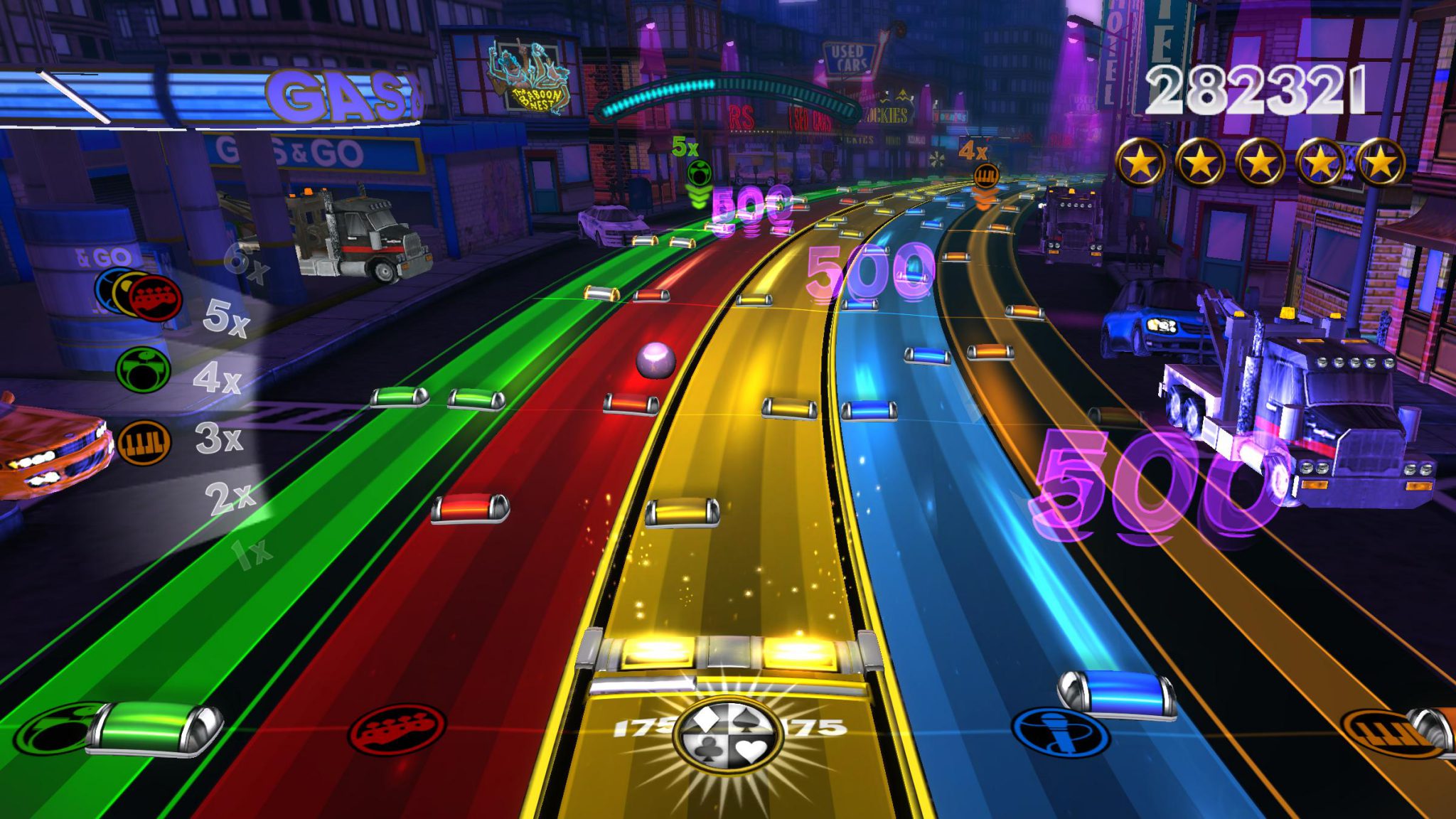 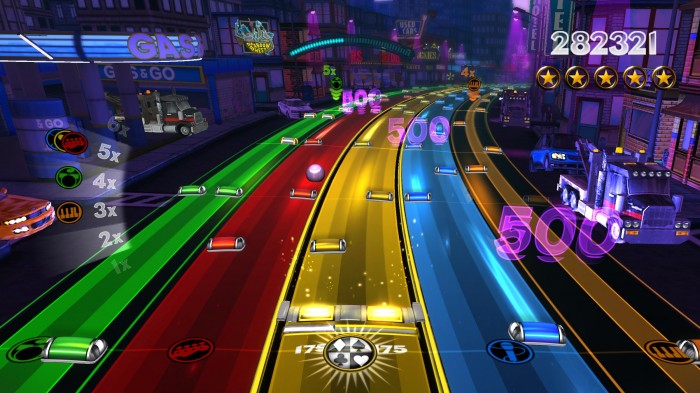 Cambridge, Mass. – April 4th, 2012 – Harmonix is excited to announce Rock Band™ Blitz, an all-new downloadable title for Xbox LIVE Arcade and PlayStation®Network that brings the excitement of a full band experience into your hand! Designed for use with a standard controller, Rock Band Blitz is beat-match gameplay evolved… no instrument peripherals required!

Rock Band Blitz is a new way to experience your favorite Rock Band songs, with fast-paced, multi-track arcade gameplay that encourages you to compete against your friends for the highest scores. Use insane power-ups like the note-obliterating Bottle Rocket or the Pinball strategically to boost your scores and top the leaderboards!

Rock Band Blitz features over 20 tracks new to the Rock Band franchise, including Blink-182’s “Always,” Foster the People’s “Pumped Up Kicks,” Quiet Riot’s “Metal Health (Bang Your Head),” and Rick Springfield’s “Jessie’s Girl.”  Rock Band Blitz is also compatible with most of your existing Rock Band Music Library, including all content from the Rock Band Music Store, as well as tracks exported from Rock Band, Rock Band 2, and more. As a bonus, all of the tracks that come with Rock Band Blitz are immediately playable in Rock Band 3 at no extra charge, so you can get the band back together and play Rock Band Blitz’s 20-plus new tracks in Harmonix’s award-winning full-band game!

“We’re excited to give Rock Band fans a new way to play their existing Rock Band library,” said Harmonix CEO and co-founder Alex Rigopulos. “With over 3,500 songs at their disposal and addictive multi-track gameplay, Rock Band Blitz is going to be a great way to compete with your friends later this summer!”

Harmonix will be bringing Rock Band Blitz to Penny Arcade Expo in Boston, MA this week – April 6 through April 8 – for its first public playable appearance. Fans can stop by booth #642 to check out Rock Band Blitz on one of six kiosks and get their first taste of the game’s frantic, instrument-free arcade action!

Rock Band Blitz is scheduled for release on Xbox LIVE Arcade and PlayStation® Network this summer. For the latest assets, including screenshots and the game logo, please visit http://www.rockband.com/press/blitz