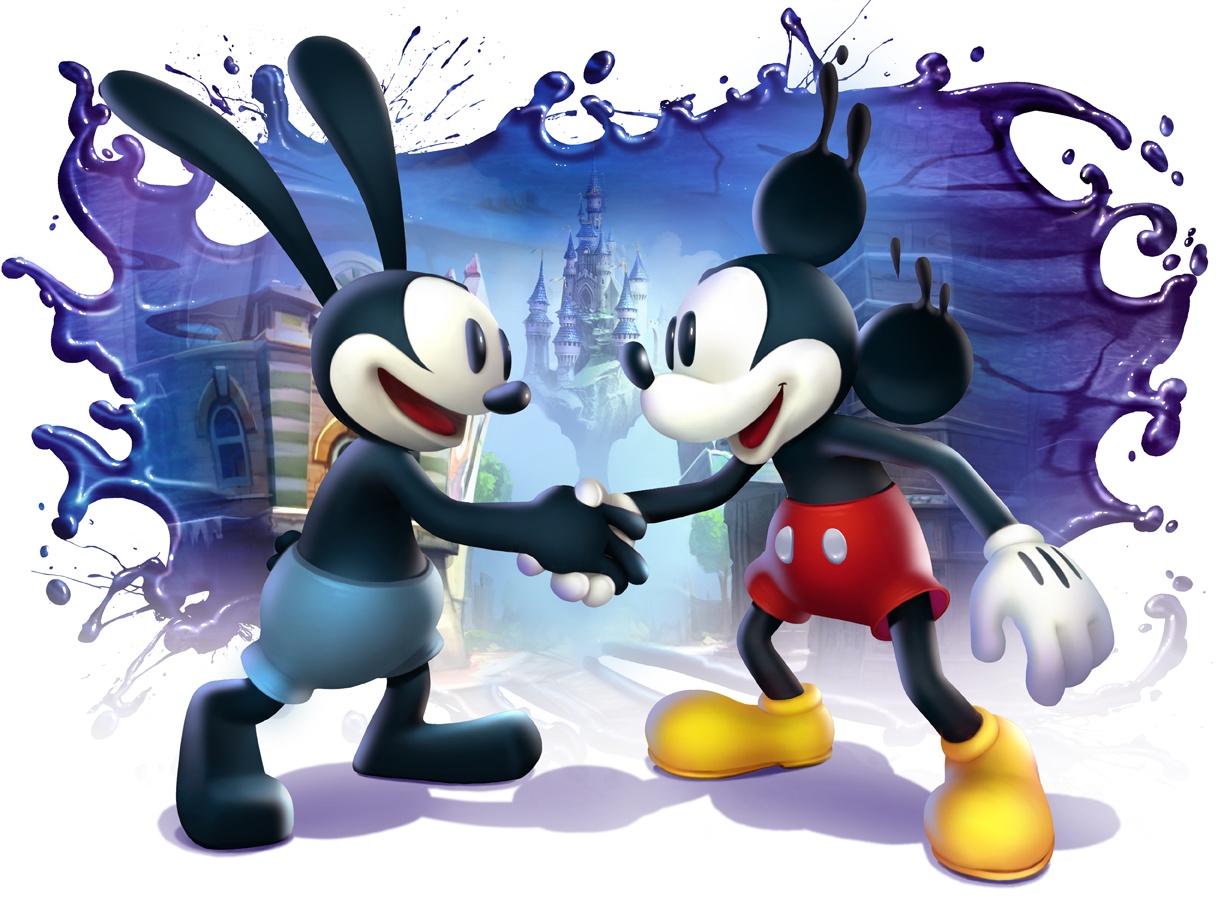 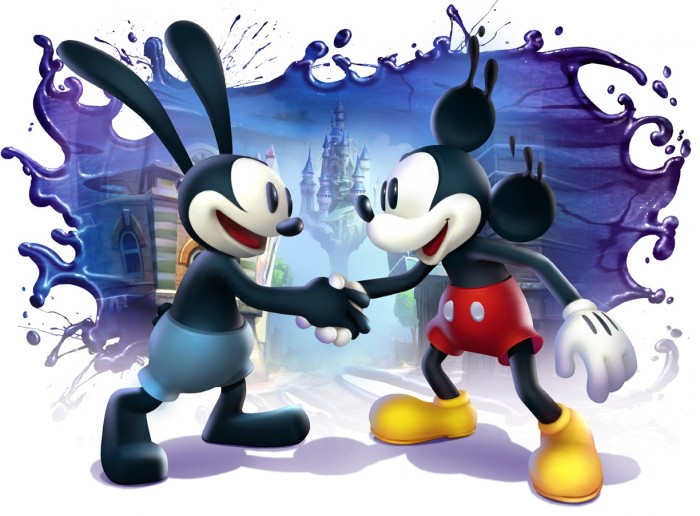 “As a life-long Disney fan, working with Mickey Mouse in the original ‘Disney Epic Mickey’ was a truly humbling experience,” said Warren Spector, creative director and vice president, Junction Point. “Millions of fans fell in love with Mickey as a video game hero and I know they’ll experience similar emotions when they get to interact with and actually play as Oswald the Lucky Rabbit in ‘Disney Epic Mickey 2: The Power of Two.’”

“Disney Epic Mickey 2: The Power of Two” returns Mickey Mouse and Oswald the Lucky Rabbit to Wasteland, an alternate world filled with 80 years of forgotten Disney characters and theme park attractions. But for the first time, Mickey and Oswald will join forces as true partners – Mickey with his magical paint brush that allows him to wield paint and thinner, and Oswald with his powerful remote control that allows him to command electricity. This new co-op play further enhances the idea that “PlayStyle Matters” – a unique approach to gameplay pioneered by Warren Spector where players dynamically tackle different challenges in order to explore all possibilities and storylines, but with consequences for their chosen actions.

Staying true to Disney’s rich musical heritage, “Disney Epic Mickey 2: The Power of Two” is the first video game that can be described as a “musical.” At many points throughout the adventure, characters will advance the plot by expressing themselves in song, with all-original music and lyrics. In addition to this distinctive musical approach to storytelling, players will hear tunes and instrumentation that change based on their personal choices, ultimately allowing each player to “conduct” their own unique soundtrack. Disney Interactive has enlisted the help of Emmy award-winning composer James Dooley and noted lyricist Mike Himelstein to create these musical gameplay elements.

The magic of Disney will not only resonate through the game’s musical numbers, but also through the introduction of authentic Disney Character Voices talent who provide player direction through genuine character dialogue. In “Disney Epic Mickey 2: The Power of Two,” all characters—most notably Oswald The Lucky Rabbit whose voice will be heard for the first time—will communicate by speaking to the player.

“In the first ‘Disney Epic Mickey title,’ fans embraced Mickey as a true video game hero and welcomed Oswald back into the Disney family with open arms,” said John Pleasants, co-president, Disney Interactive Media Group. “Now, as the vision for the “Disney Epic Mickey’ franchise advances, fans and gamers across all platforms will experience completely new ways to embrace the immeasurable vault of Disney characters and attractions.”

Development for “Disney Epic Mickey 2: The Power of Two” is being led by Disney Interactive’s Junction Point. Supporting the latest technology, the game will also feature full support for the PlayStation Move. The game currently is unrated by the ESRB. For more information, go to www.disney.com/disneyepicmickey.