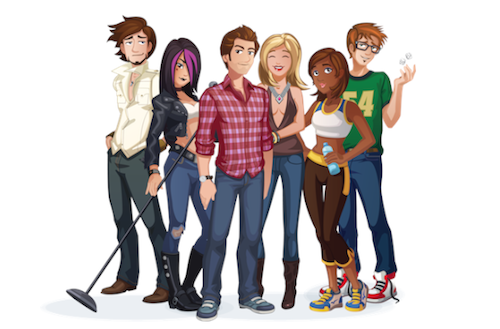 The Sims Social Getting to Work

Sims characters in The Sims Social are finally bringing home the simoleons! On March 22, EA/Playfish will launch Careers, a new game-changing feature in The Sims Social that gives players a whole new way to engage with their Sim and play with life.

Since its launch in August 2011, The Sims Social, the award-winning free-to-play social game on Facebook, has been captivating players by enabling them to engage with every aspect of Sims’ social lives – from building friendships to falling in love – and now with Careers, players can unleash career ambitions for their Sims and watch them rise to success as they embark on exciting new opportunities.

The Careers feature, which unlocks at level seven, introduces three exciting career paths for players to choose for their Sim: hip Rock Star, world-renown Celebrity Chef or an avant-garde Art Master.  Just like in real life, no one becomes a master of their trade overnight. Players are challenged to progress through multiple career levels by mastering fun tasks and completing promotion quests. Players will be rewarded with simoleons, the in-game currency, and Career Points as their Sim blossoms from Garage Band Musician to Web Sensation, moves up the culinary ladder from Burger Flipper to Cooking Show Contestant or refines their artist skills from Canvas Stretcher to Street Art Sensation.

The Careers feature will add an exciting and new dimension to The Sims Social gameplay experience by:
·         Deepening the level of personalization and creativity. Setting forth on a new career path gives players a new way to express their personalities and personal tastes in the game.
·         Expanding the gameplay options. Introducing over 90 new activities, tasks, quests and achievements for the Careers feature, players will be able to explore and engage with a variety of new interactions inThe Sims Social.
·         Bringing new ways to compete with friends. In addition to House Values, the overall success of a Sim will also be measured in terms of career levels.