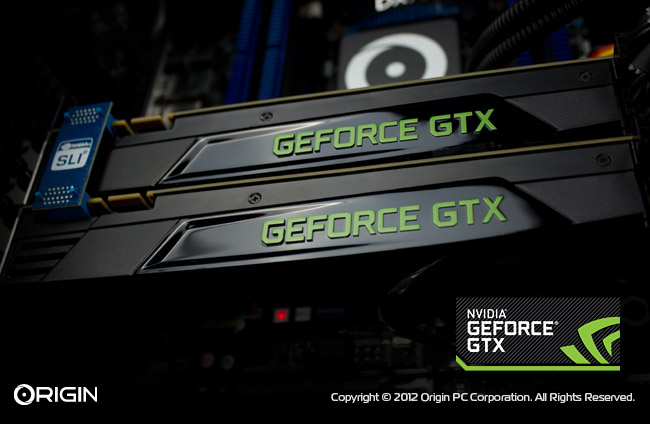 March 22, 2012, 9:00 am EST, Miami, FL — ORIGIN™ PC is excited to announce the launch of the new NVIDIA® GeForce® GTX 680 video card for their award-winning desktops and the new NVIDIA GeForce GTX 675M notebook GPU for their record breaking EON17-X laptop. Now whether you’re gaming at home or on the go, you can now experience faster, smoother and richer gaming like never before. It’s more than just innovative, it’s game-changing. And to celebrate the launch of the most power efficient GPU ever created, ORIGIN PC is giving away a free 90GB Corsair Force GT Solid State Hard Drive on their systems for a limited time. (see website for full details)

“Every once in a while a new computer component comes out that is so powerful, it changes the game completely. The NVIDIA GeForce GTX 680 is that type of graphics cards and it’s the must have upgrade of 2012.” says Kevin Wasielewski, CEO/Co-Founder of ORIGIN PC. “Innovative new technology faster and smoother gameplay, and all while being more power efficient is just ridiculously amazing”