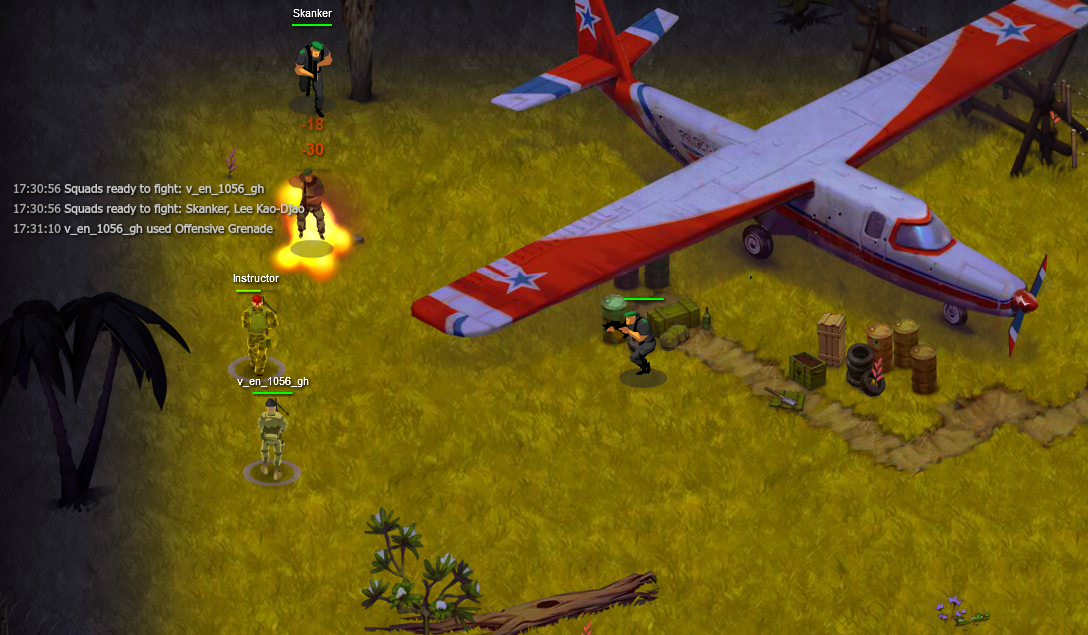 Hamburg, March 19th 2012. Mail.Ru Games, publisher of the successful browser games Legend: Legacy of the Dragons, Allods Online and Juggernaut, presents some fresh features for their free2play browser game RiotZone.  In the daily mission “Picnic at the lakeside” commanders fight the dictator’s elite sniper unit “Black Panthers”. In addition, the clan interface has received some updates. From now on players have the opportunity to see what their fellow members did while they were away. Finally, Commanders who love shopping can take a look at the boots that have just arrived in the store.

Reconnaissance troops have spotted the dictator’s elite unit “Black Panthers” taking a rest at the lakeside of “El Lago”. This all-female squad may consist of beautiful and kind-looking women, but commanders are not easily fooled: these women know neither regret nor mercy. Rumor has it, that even the legendary members Clara and Rosa are taking part in the little picnic. For those successful in defeating the “Black Panthers” tokens promise new equipment.

With the quest “Picnic at the lakeside” all other daily special missions like “Dr. Valentino” and “Anniversary of the revolution” will end. Captured tokens from these quests can still be exchanged for gear.

Fighting for a better world

Two factions fight over supremacy in the new browser game RiotZone. The Red Alliance and the Coalition of the Crown are trying to put an end to the reign of the evil dictator who rules war-torn Merania to establish a new government. As Commander of a mercenary troop, players choose which side they would like to fight on. Missions like laying ambushes and fighting the dictator’s troops in order to weaken his defenses demand exact timing and strategic thinking. The right gear is crucial for winning this war, so players have to account for their troops and expand their camp. From level five on they engage in PvP battles of different kinds: Gathering resources, fighting in teams or raiding enemy territory.