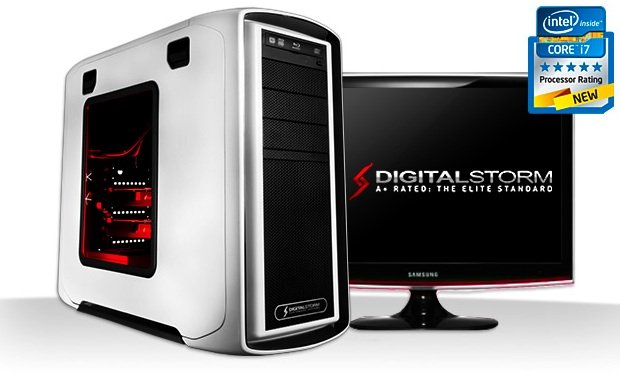 Fremont, Calif. – (February 16, 2012) – Digital Storm, the predominant name in computer system integration and engineering, proudly marks its 10th anniversary. From humble beginnings in an East Bay garage, to an expansive facility that produces thousands of custom built PCs a year, Digital Storm’s relentless pursuit of innovation has transformed the brand into one of the world’s foremost system integrators.

“The driving force behind Digital Storm’s growth has been our passion for building the finest high-performance computers with personalized customer support,” commented Harjit Chana, Digital Storm’s Chief Operations and Marketing Officer. “It’s because of this laser focus that our brand has been fortunate enough to double in size every other year.”

Whether it’s winning CES Innovations Awards for developing bleeding edge technologies or being heralded by leading PC enthusiast and gaming media outlets for its benchmark crushing systems, Digital Storm’s passion for excellence has been a driving force for the entire industry.

“It might sound cliché, but it’s our customers who fuel our innovation,” added Harjit. “Digital Storm customers dream up outrageous builds that push our engineering teams to rethink the status quo and develop the most extreme configurations possible. That’s what is so special about our work: it’s the dynamic we have with our customer base that fuels our team to create new options, products and features that we might have never thought of.”

During this year, Digital Storm is poised to release several industry “firsts” for its 10th anniversary. While details will be divulged at a later date, Digital Storm is now offering its customers the biggest discounts it has ever offered. For example, the 2012 CES Innovations Award-winning Cryo-TEC system is being offered $400 below its normal price. To see Digital Storm’s special 10th anniversary pricing, please visit: http://www.digitalstormonline.com/gamingdesktops.asp