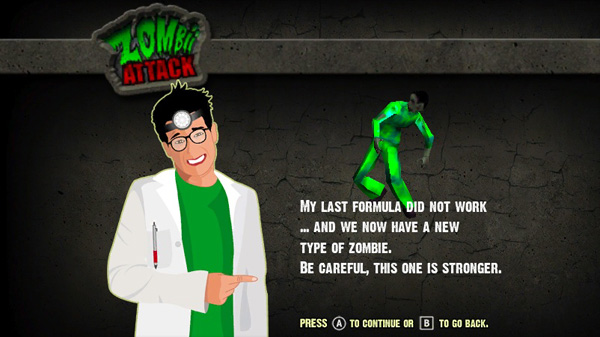 Gamers Digital has announced the release of their physics-based zombie-killer, Zombii Attack. The game is out now on the WiiWare platform for 500 Wii Points. The game puts players into the role of a slingshot-wielding human attempting to aid a scientist searching for a cure to the zombie plague.

“We at Gamers Digital are issuing a state of emergency. All gamers should aggressively launch frenzied attacks using all environmental items and explosives at their disposal. Use destructible environments to your advantage. Upgrade ammo and defenses regularly. It is said that it is darkest before the dawn, but please keep hope alive because Dr. Zii is racing to find a cure using a very rare type of zombii that potentially harbors a cure,” said Scott Zerby, president of Gamers Digital.