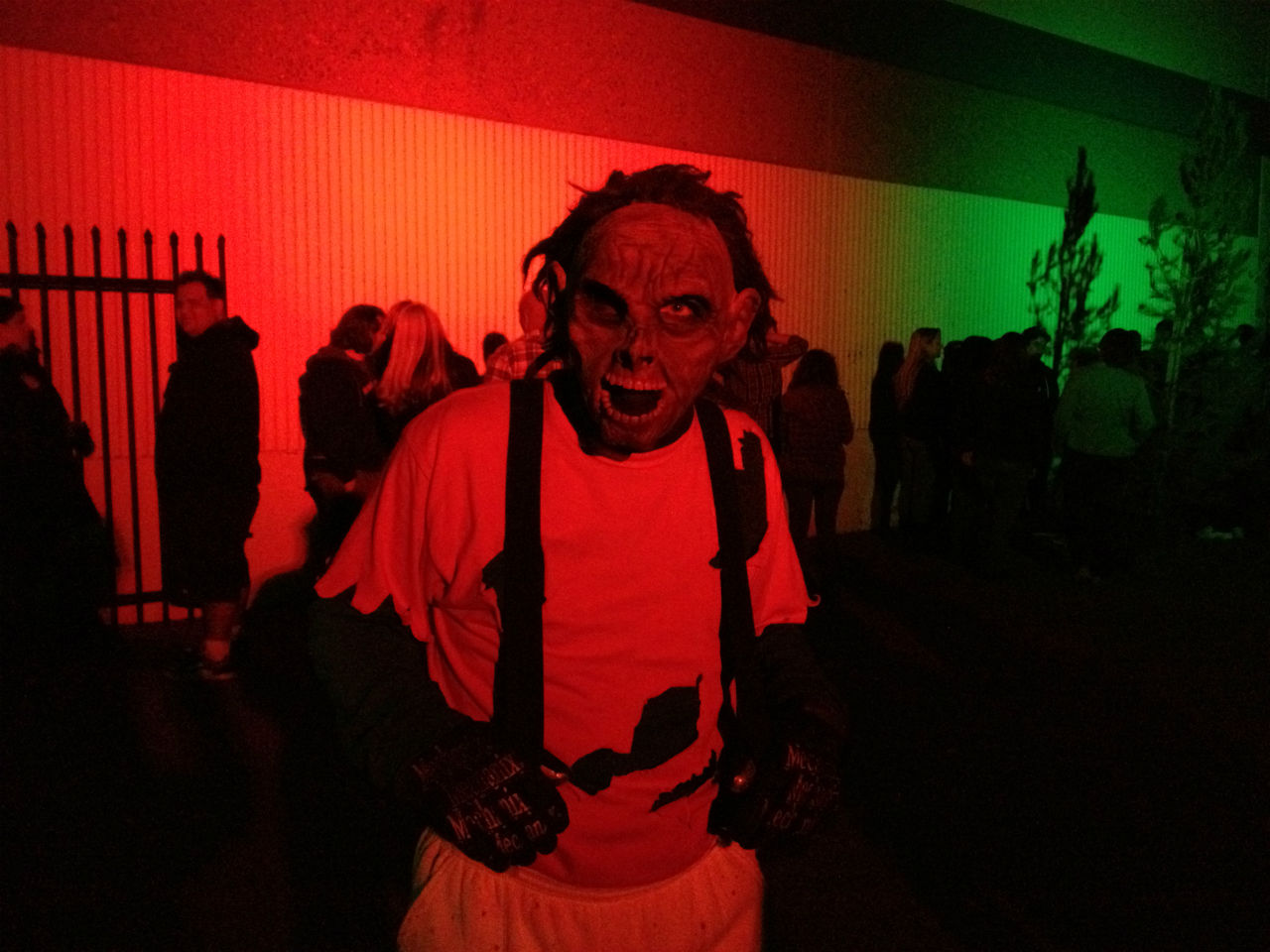 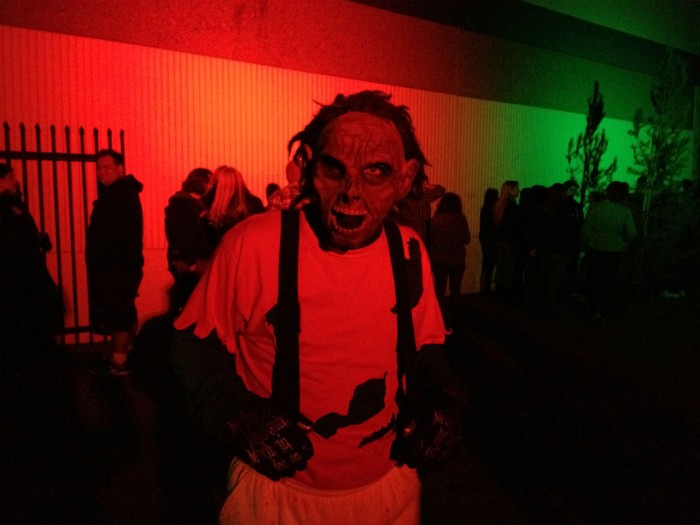 You may recall back in October when we posted our review of Sinister Pointe’s Haunted Attraction that the event’s creator, Jeff Schiefelbein, mentioned wanting to do haunted events at other times of the year. Well, now is that time! The Sinister Pointe Not-So Holiday Haunted Attraction is running in a limited engagement this weekend (December 9th through 11th). For the holiday season, Sinister Pointe has had a Wintery makeover, complete with snow, Santas, and more!

Walking up to the Sinister Pointe building in Brea, CA, the queue line was adorned with red and green lights, Christmas Trees, and even some holiday specials running on projector system. A couple of monsters worked the crowd, some sliding on the concrete to jump up at unsuspecting guests while others relied on jumping about in more straightforward scares. All the monsters outside seemed pumped to get to perform again and their enthusiasm showed. Tickets are reasonably-priced at $15 dollars for a standard pass and $23 dollars for a front-of-the-line, VIP pass. After grabbing our tickets, we went on into the maze hoping for a fun, creepy time.

The maze decor is very well-constructed, with the hillbilly home from the Halloween event all decked out for Christmas time. If you experienced their Halloween attraction, chances are that a lot of the maze will look familiar, even in its Holiday-state. Despite this, the layout of the maze has changed somewhat, ditching the multiple path decision-making and adding a few new and nasty surprises which will creep-out and/or scare new guests as well as veterans of the event.

Character costuming was great, with monsters wearing reds and greens, stripes, and other holiday apparel. There are even some cool costuming homages to a classic holiday flick which I will leave for your discovery (HINT: It has something to do with carrots). On the topic of characters, monsters had much more of an evil, creepy-factor than the scaring they did during the Halloween event. This new attitude of malicious whimsy fits the Holiday season a lot better and it was a good decision to change it up (this is not to say that there are not straight-up scares to be had, but the mood change is definitely a good thing).

One shining aspect of the experience was its soundtrack. Unlike the actual maze itself, which has to be physically-altered in order to change, the audio was completely new and different, featuring creepy carols, voice overs, and more thanks to haunted attraction musician and audio engineer, Jon Autopsy. Autopsy also created the soundtrack for the event’s Halloween incarnation.

Overall, if you are a fan of Halloween or just looking to start a new and twisted Holiday tradition, I can’t recommend Sinister Pointe’s Not So Holiday Haunt enough. Get out there and experience it – it is only here through Sunday night! I hope this weekend does well enough that they extend the event a bit, but we shall see! 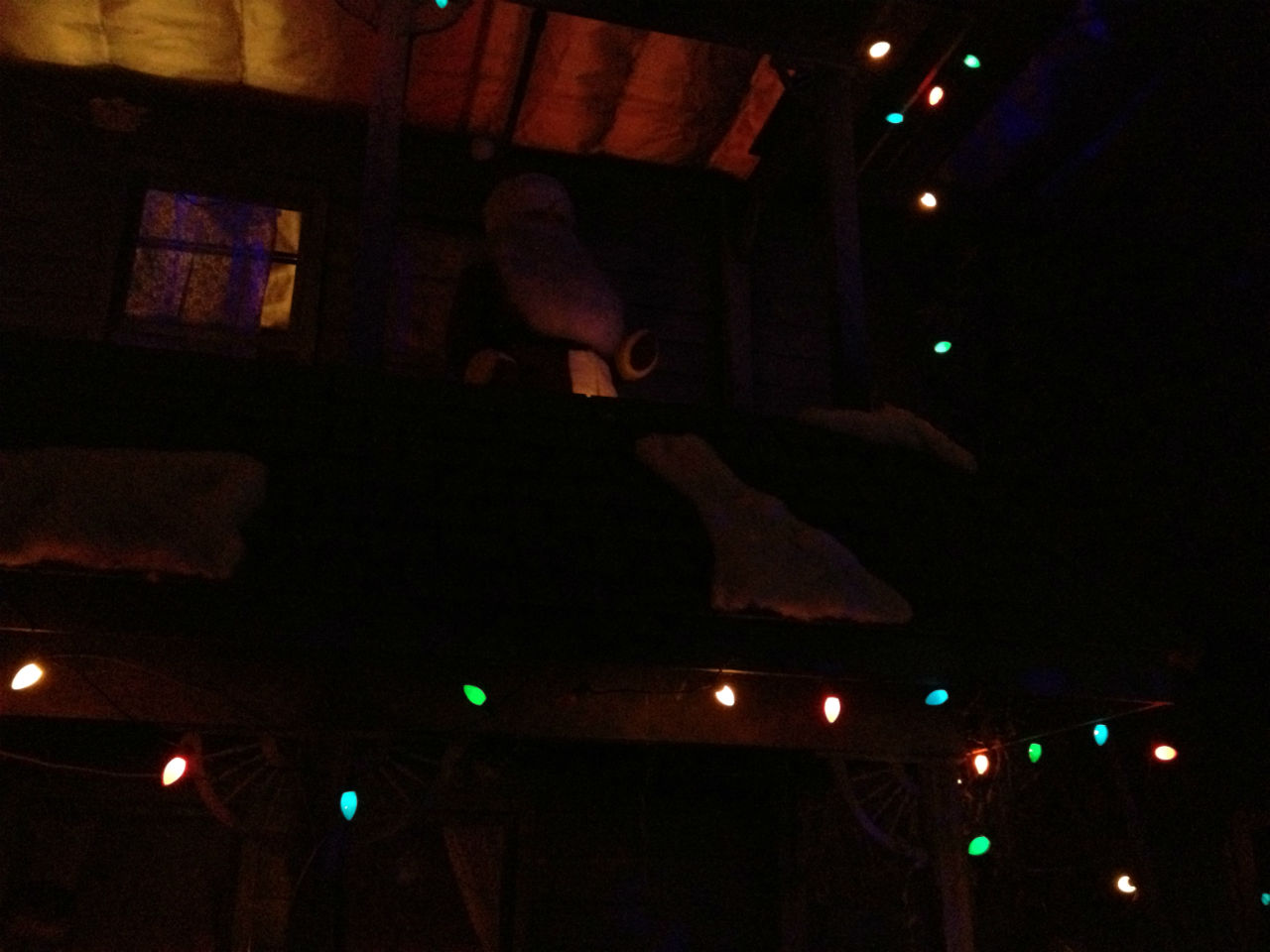 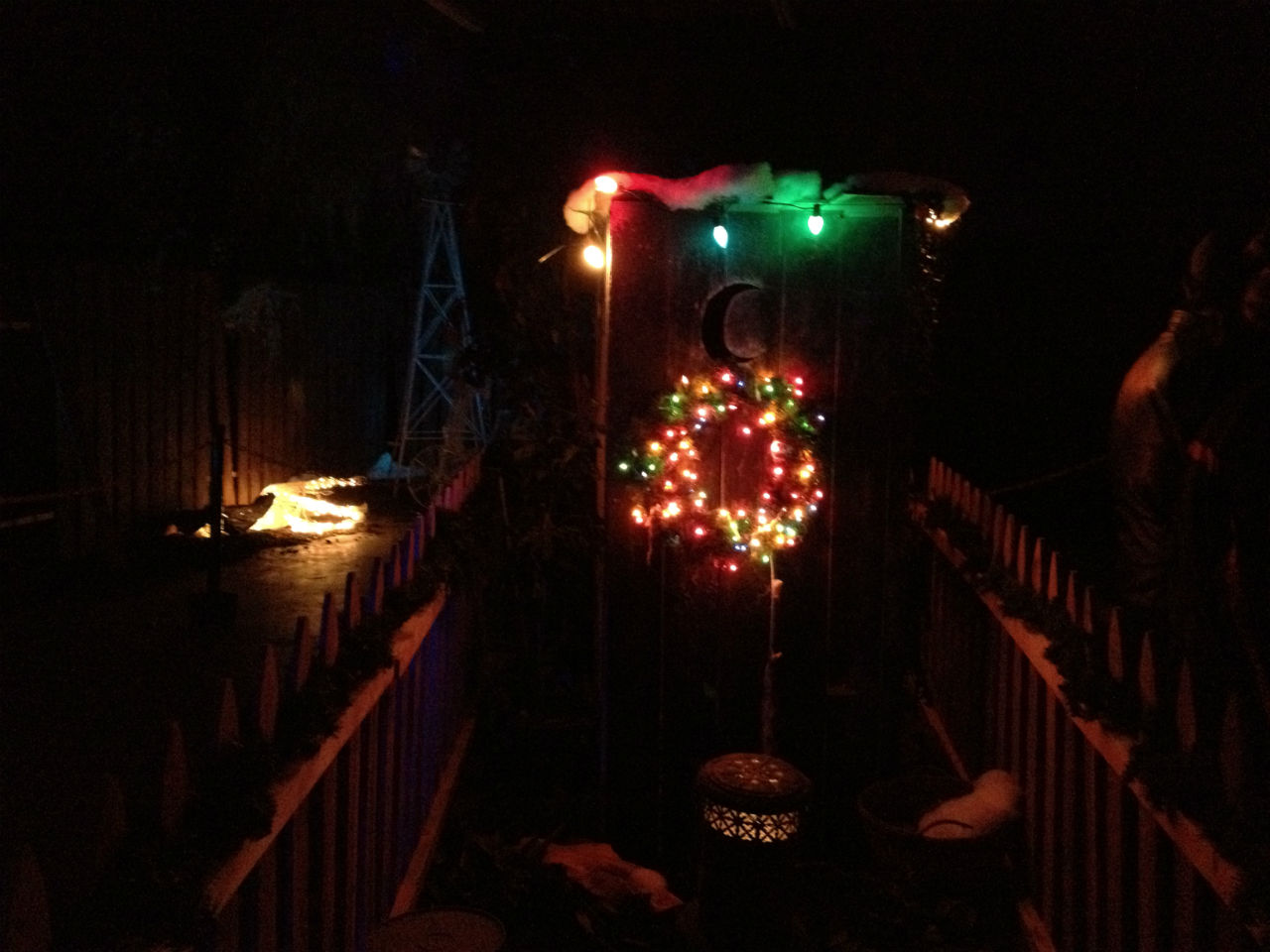 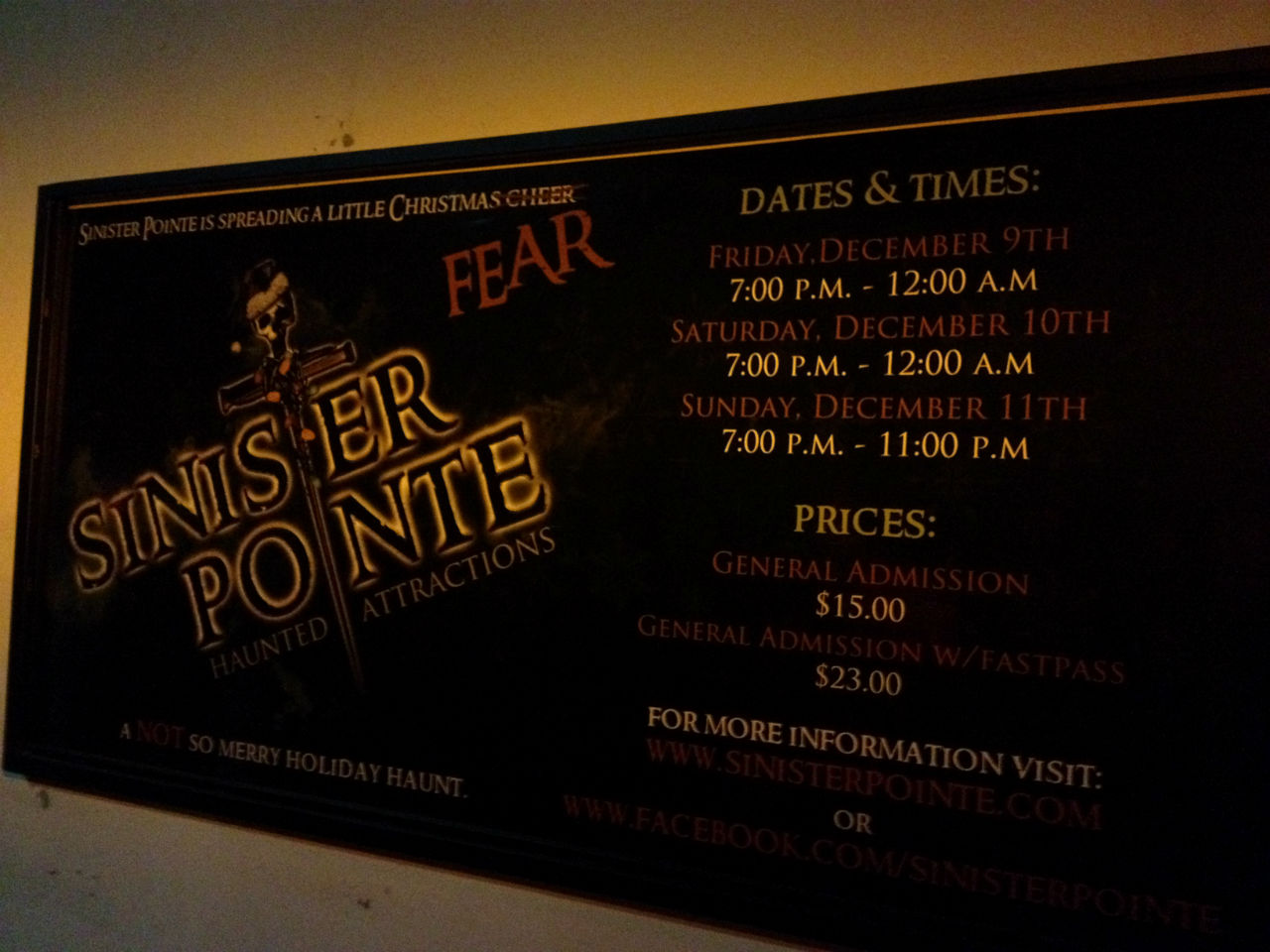 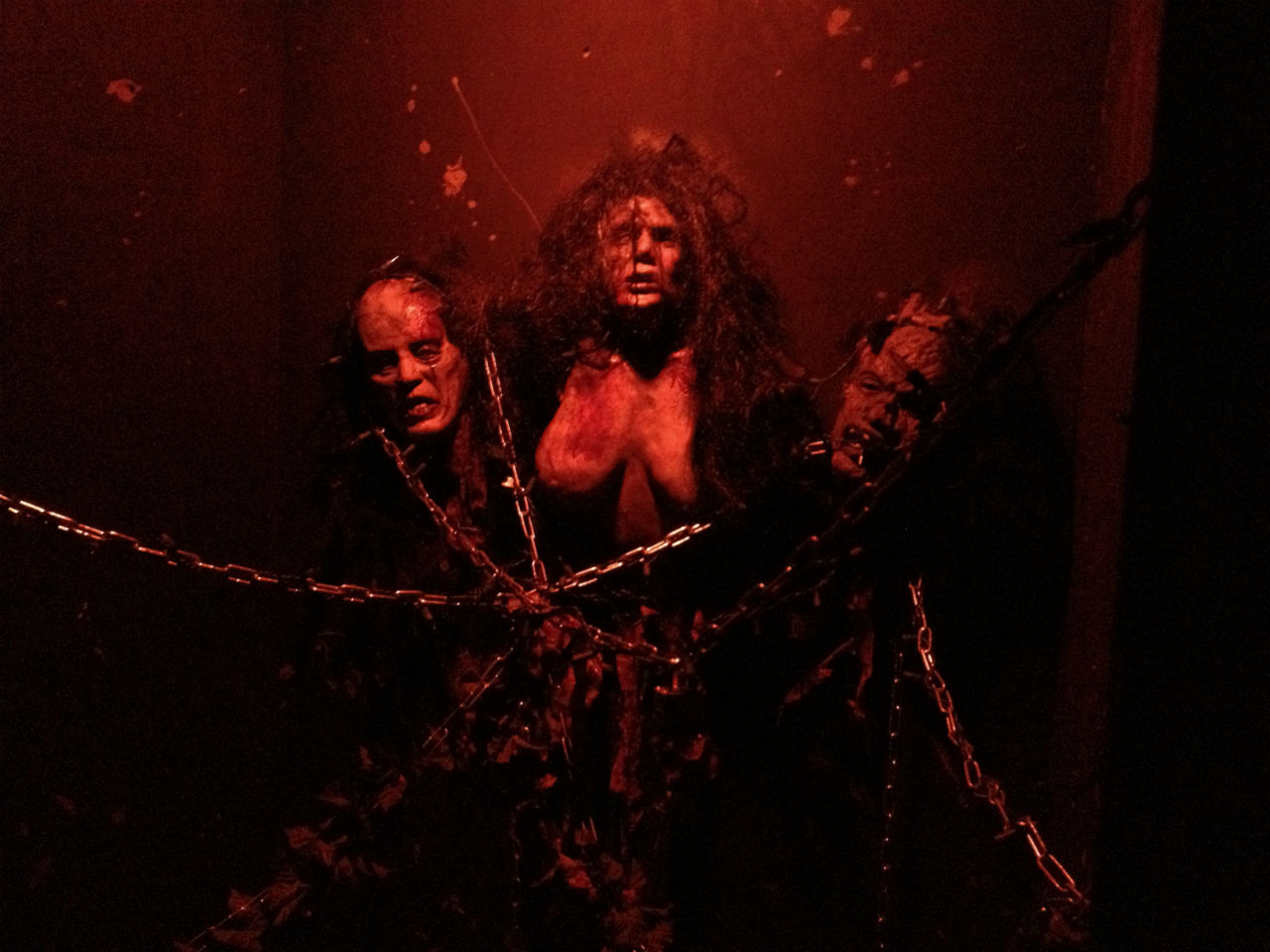 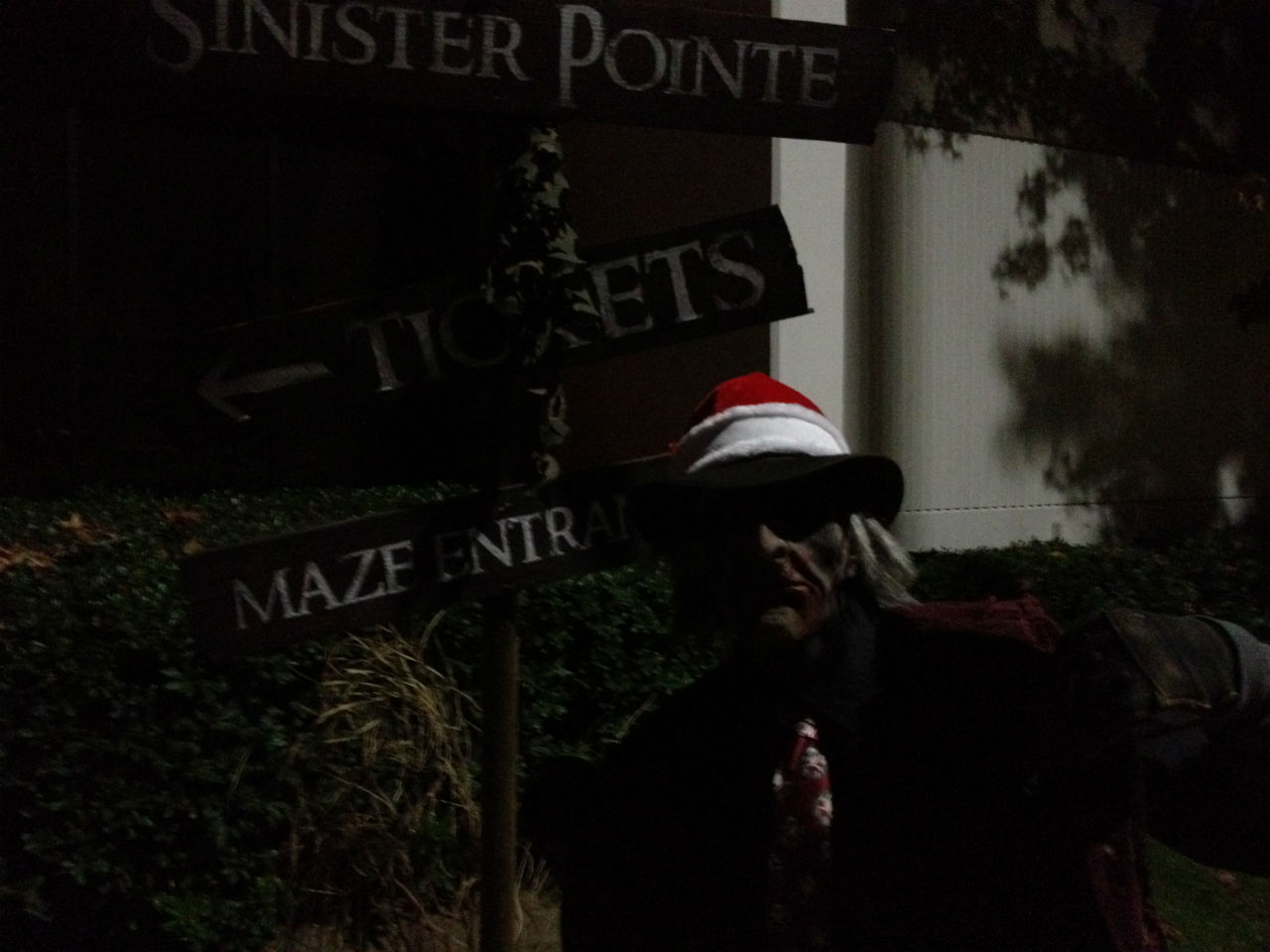 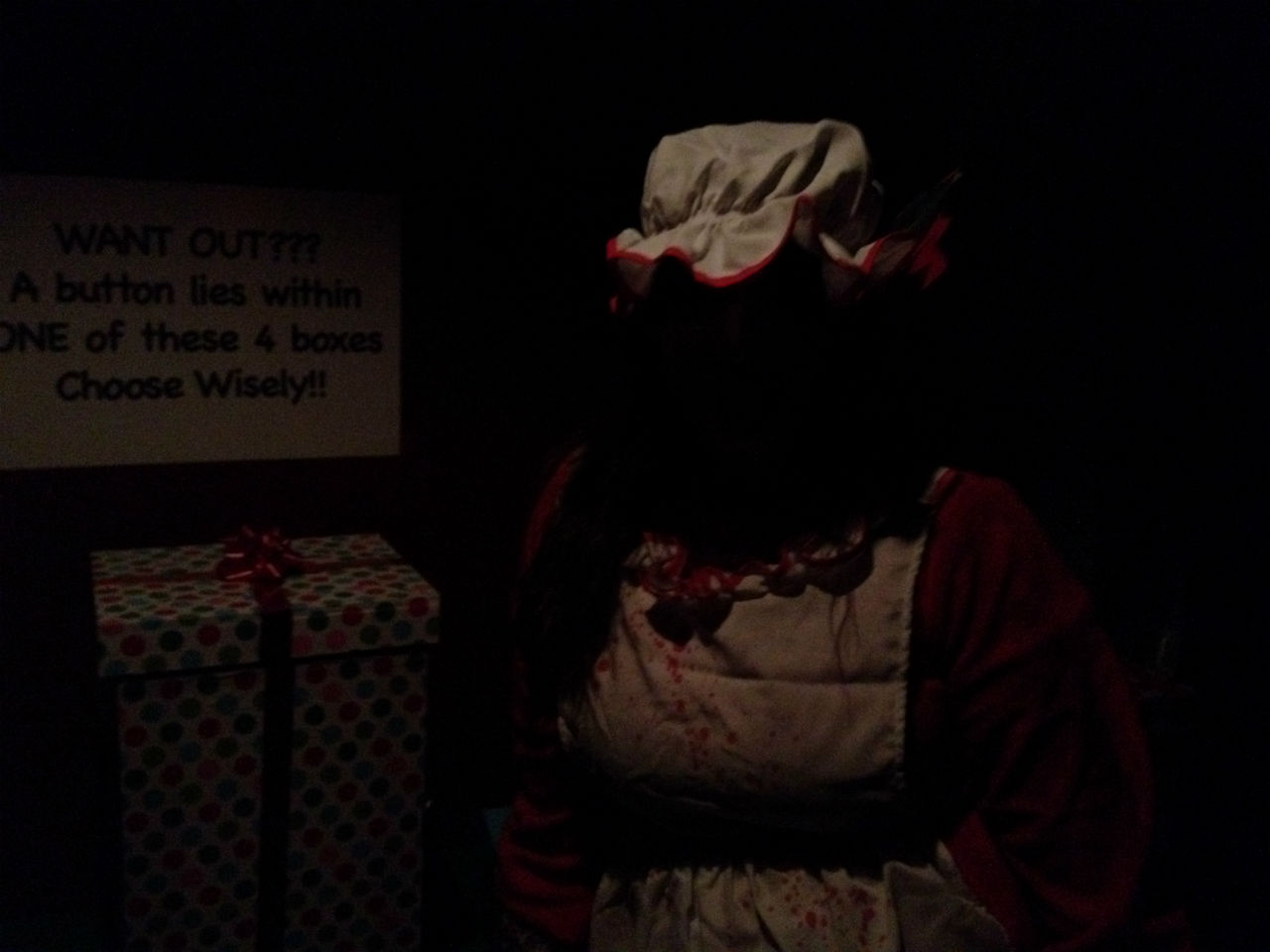 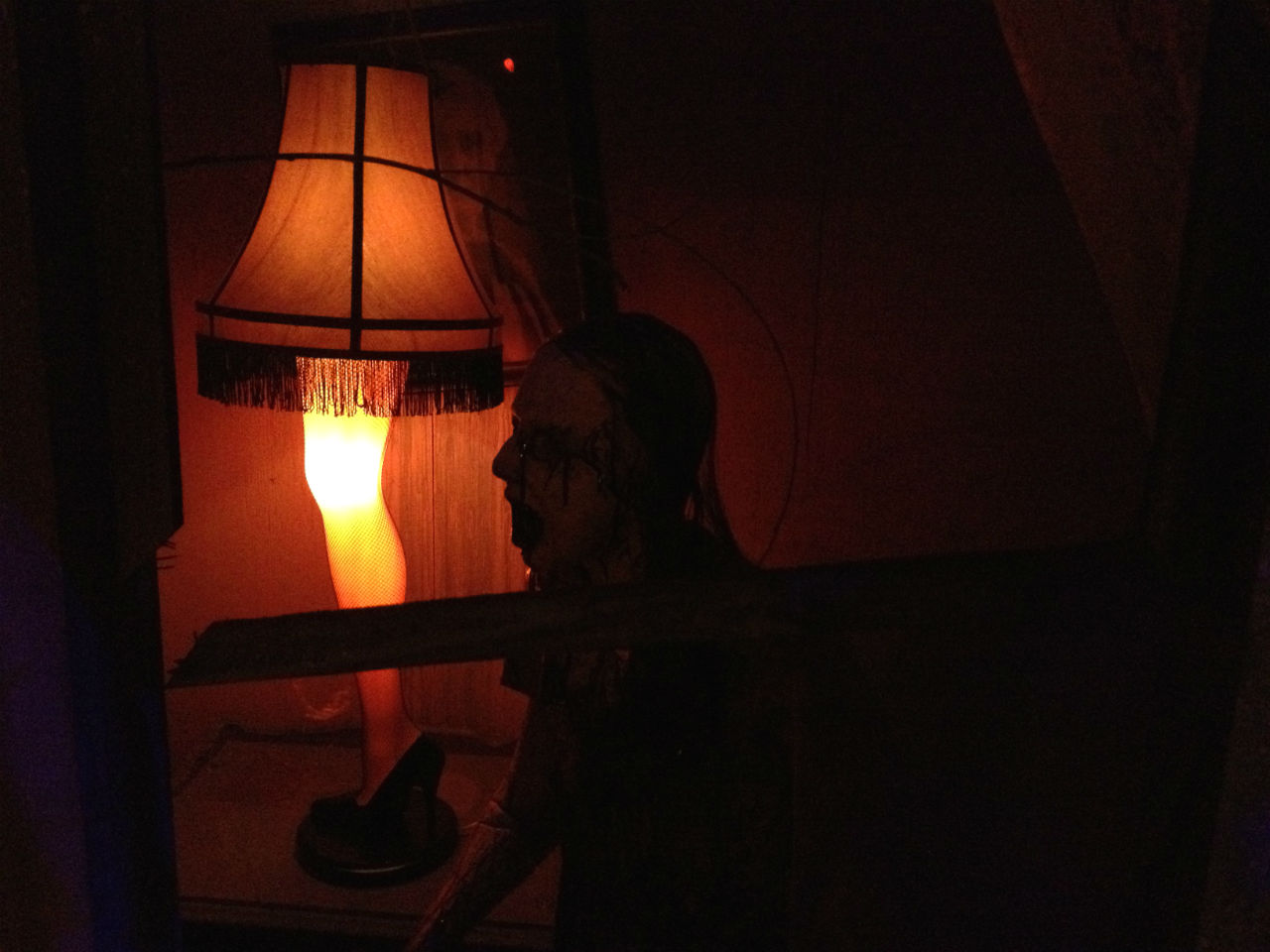