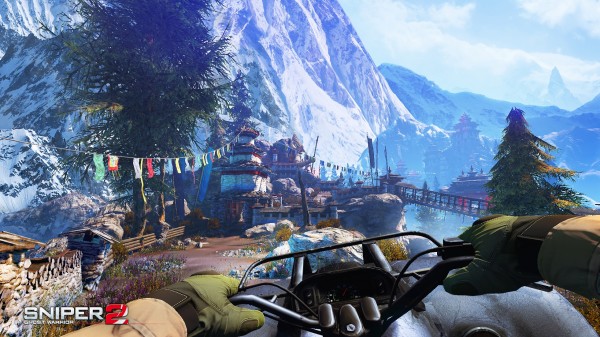 Sniper: Ghost Warrior 2 is the sequel to City Interactive’s 2010 bestseller, and will be released on March 16th in Europe, and March 20th in the US. The new game will be released for PlayStation®3, Xbox 360 and Window PC and uses the highly-regarded CRYengine3, a state-of-the-art development tool that adds an unprecedented level of depth and realism to the title. The Crytek-developed engine allows for greater levels of details in the game, while the development team has added a wealth of gameplay additions. Thus, as the player picks their way through the war zone locations, they now have access to weapons with differing ranges, thermal vision and advanced spotter cooperation with your colleagues.