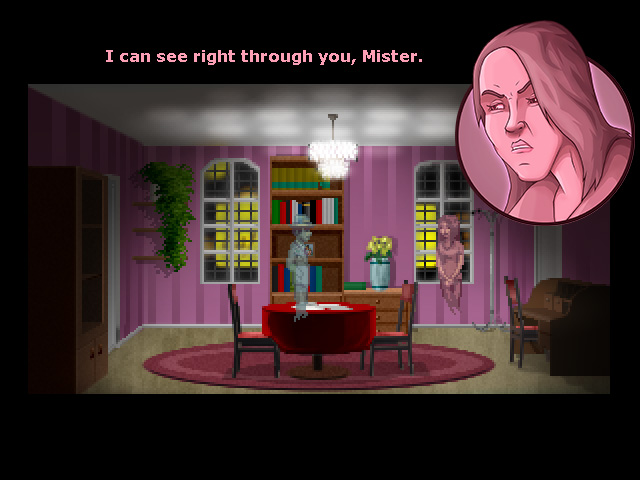 Story, in these types of games it is paramount.  Without a driving storyline, the simplistic game play just becomes glaringly inadequate to keep one’s attention.  The good news here folks is that the story for Blackwell Deception is very well done and is intriguing to say the least.  You play as a pair of characters through Blackwell Deception, a psychic detective named Rosa and her ghostly partner, Joey.  This odd pair set out to investigate cases involving spirits and ghosts and help these wayward souls to the other side.

Blackwell Deception throws you into your first investigation on the Hudson, trying to discover for a client why their yacht detaches itself nightly.  You soon discover the soul of the previous owner, trying to complete the last task that he had set before himself prior to his death.  This first case does a great job in setting up the two main characters and their personalities through the rest of the game.  You soon learn the limitations and abilities of each character and how the two work together in solving each puzzle set in front of the player, but more on that in the game play section.

Rosa plays the investigator that is used to the weird and unusual, and is also used to having other people think that she is crazy.  Most of the conversations start out by having to convince the other characters that, no, you are not insane and can help move the investigation along.  Joey, on the other hand, has the ability to really show his character through the story, since no one alive except Rosa can either see or hear him.  Joey is an old gumshoe straight out of a noir detective novel.  Both characters are fascinating to listen to and work wonderful together to make the story interesting.

Blackwell Deception takes it’s game play straight from the old Sierra Online games with some changes.  You move the characters around the scene, looking for items to interact with and will help you solve puzzles that you will be faced later in the game.  Since this game is a detective game, some of these items are clues that your character can discover through conversations with other characters.  These clues can be interacted with in Rosa’s MyPhone, which must be from the same Mapple store that Lisa’s MyPod came from in The Simpsons.  Rosa can also use her MyPhone (really, MyPhone, sigh) to use the internet to investigate her clues further.  She also keeps all of her contacts listed on her MyPhone so that, at any time, the player can return to a previous scene of investigation.

Blackwell Deception has a great game play gimmick that really makes the game play exceptional, in my opinion.  By pressing the tab key, you can switch between Rosa and Joey to investigate a scene.  Each character has their advantages and disadvantages that can help the player to gather the clues needed to unlock more of the investigation.  For instance, if a locked door is barring your patch from finding a clue, you can send in Joey, who is intangible, to investigate.  You have to realize, though, that Joey may be able to enter the locked room to see what is on the other side, but cannot interact with any items there nor unlock the door to let Rosa in.  The player has to remember to use both characters in order to solve many puzzles throughout the game.

The user interface in Blackwell Deception is simple and near perfect.  The game allows you access to all of your clues at any time through a simple draw down menu, and the options menus are simple and easy to use.  The game play feels just like the old Sierra Online games and plays just as perfectly.  There really is no other way to improve on this game in this area, it just was a smooth game to play.

Ok, now the bad news, this game uses retro graphics to go along with its retro game play.  While most people will probably like to take a trip down memory lane to play a game that looks exactly like games did in their child hood, to me this just shows how aged and bad those graphics are in comparison to today’s games.  I know, I know, most of you will say that I’m comparing apples to oranges and that Blackwell Deceptions is meant to look this way, but most people will have a hard time leaving Dark Souls or Forza 4 to play Blackwell Deception and not notice the huge gap in graphics quality.  The game runs solely in 800 x 600 resolution with no option to change it, so worry if the game looks bad when you play it, it’s not your PC, it really looks that bad. I am not all about the graphics, games are not all about graphics.  This was the main reason why I call this section “Aesthetics” not “Graphics” because I wanted to give games like Blackwell Deception a chance to do something different without getting hammered on the quality of their resolution.  But the graphics of Blackwell Deception aren’t stylized, but really are a downgrade to other similar games, like the latest season of Sam and Max.

Blackwell Deception makes up for it’s like in graphic aesthetics and makes up for it in sound aesthetics.  The characters are all voiced beautifully and makes you really get into each character’s personality.  With the combination of story and vocalizations, the world of Blackwell Deception comes alive and makes the player forget sometimes that he or she is looking at graphics that would have looked great in 1983.  The music is also a great choice for this game, going with the music that would have made any period noir detective piece come alive.  The music punctuates the dark city scape with a mood that just feels right.

Having played a metric ton of point and click adventure games this year, Blackwell Deception really shines out as one of the best of it’s genre to be released in a while.  The story is near perfect and intriguing, the music and vocalizations of the characters fit perfectly with the mood that the story is trying to portray, and the puzzles are hard enough to keep you busy, but logical enough to solve if you keep your wits about you.  The major downside is the graphics issue, which I can overlook.  The game is rendered in the old Sierra Online look that is stuck in the early 80’s with 800 x 600 resolution graphics.  I understand the attempt to make this game look and feel like the old King’s Quest games, but in comparison to today’s graphics capabilities, it ends up looking cheap and unfinished.  However, the story, game play and sound of Blackwell Deception easily makes up for the graphics downside to make this game a must buy for anyone that is looking for a great detective game that will run on any system. 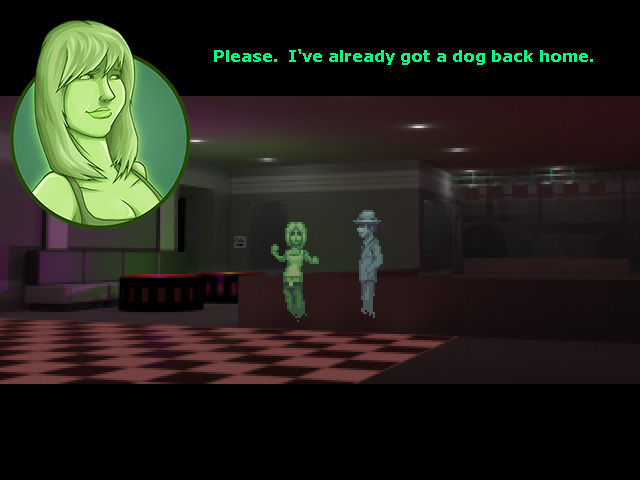 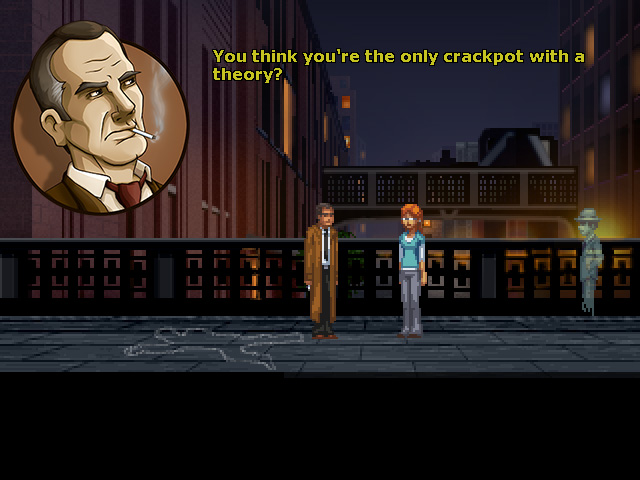 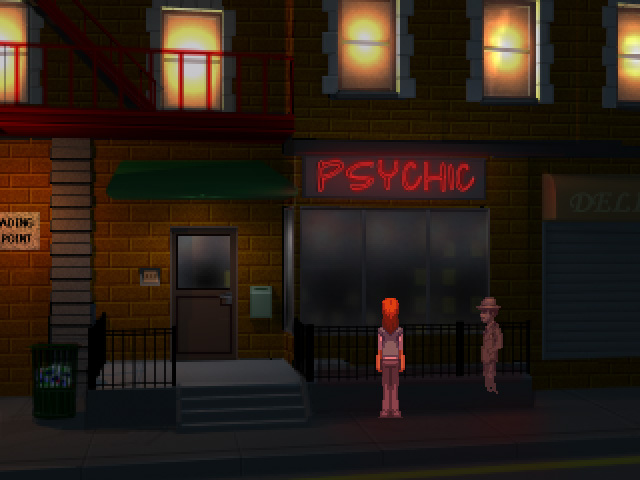