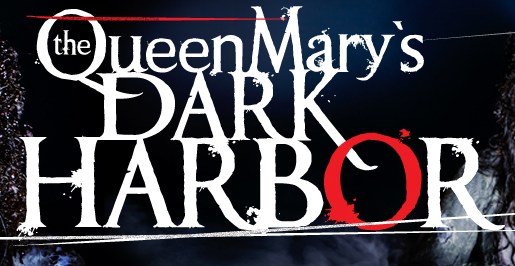 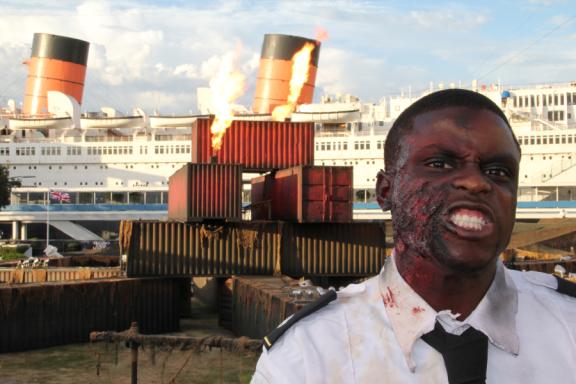 The Queen Mary has announced that construction has officially-commenced on their upcoming Dark Harbor, Halloween-themed attraction. This construction not only includes the event’s five haunted mazes, but also the cargo container centerpiece which shoots fire into the air at regular intervals.

“We are having fun with every maze and coming up with numerous changes and enhancements in themes,” said Director David Wally. “Plus, we’ll have 20 percent more performers this year, which means more scares for guests and even more bang for the buck.”

In addition to noting that several local bands and performances will also take place throughout the run, officials stated that the event’s storyling has been expanded to include several more key characters:

Additionally, an expansion of last year’s storyline will have mortals looking over their shoulders throughout the event. Fans may recall that Dark Harbor is populated by the souls ripped from the earth by Bundara – the all-powerful sadistic She-demon who controls the sea and the land along with her sisters, Searer and Mattenoot, and hatchet men, the Barkers. Last year, Bundara’s sisters suffered in exile because Bundara selfishly chose not to include them in her bacchanal. But this year, Searer and Mattenoot are out of exile and not happy to have missed out on last year’s carnage. Expect horrifying and entertaining interplay between the three sisters throughout each evening.

Tickets are on-sale now at the event’s official website.