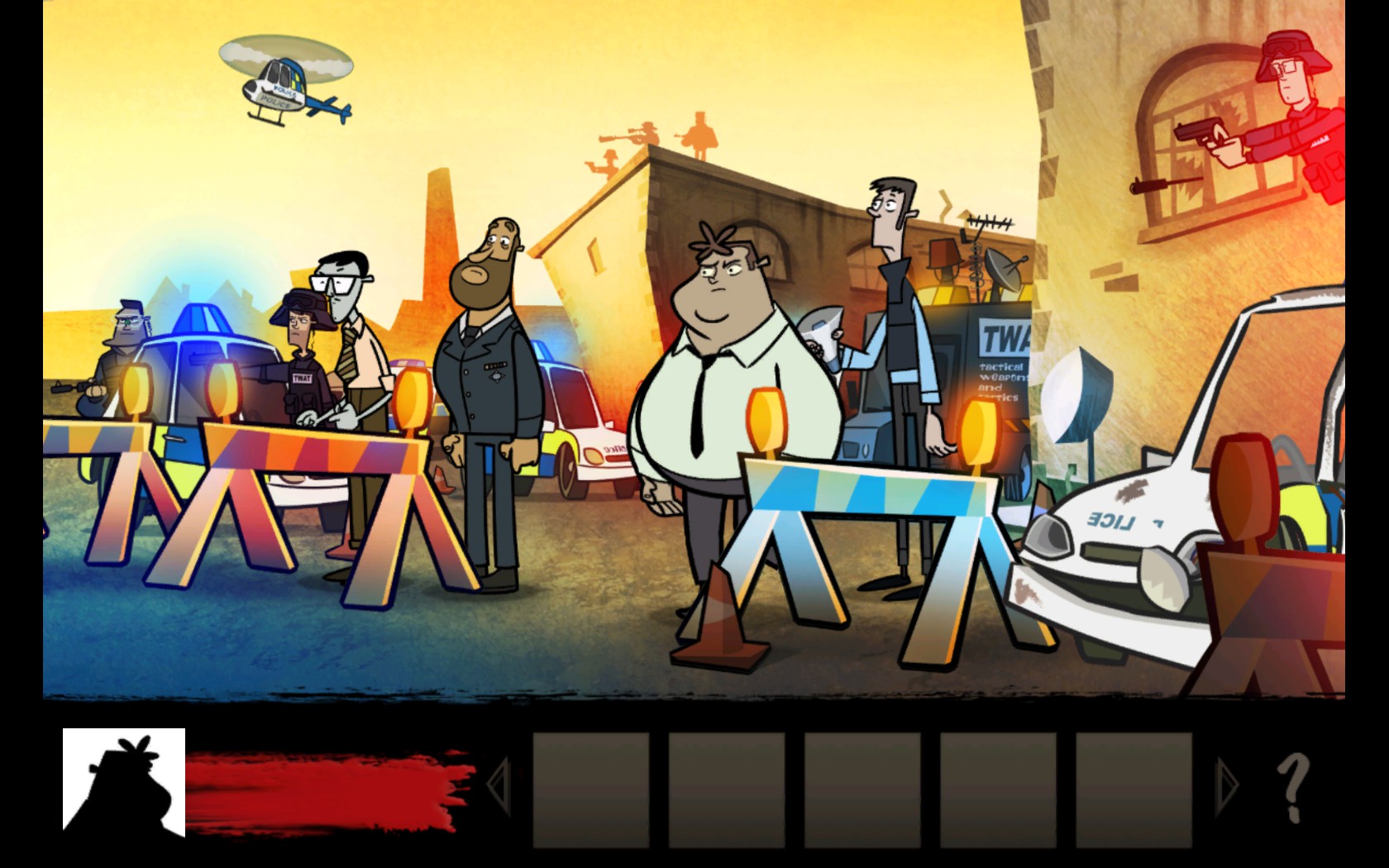 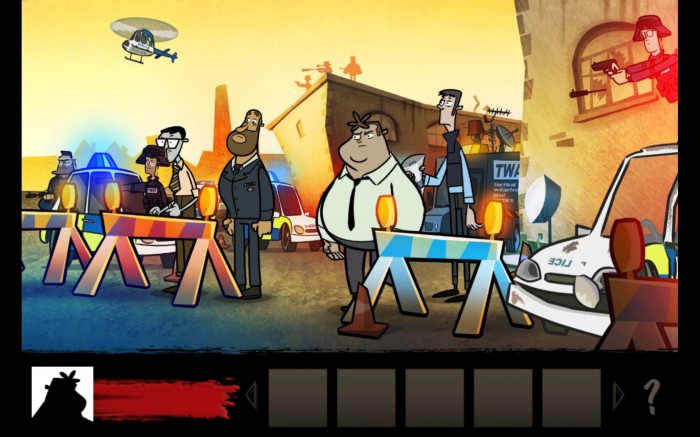 Telltale Games brings us the next installment in the Badge of Carnage series with Senseless Acts of Justice.  Featuring the same classless humor that the first episode presented, Senseless Acts of Justice is more of the same, just a little longer.  Hector is back in his fight against the faceless gunman that terrorized Clappers Wreake.  If you enjoyed episode 1, then you’ll love episode 2.  If you didn’t get Badge of Carnage episode 1, then go read my review of it.  Don’t worry, I’ll wait until you get back.

Ok, now that your back, Senseless Acts of Justice picks right up where Badge of Carnage episode 1 left off.  Hector has completed all of the demands that the terrorist had set him off to do, and has entered the building to finally confront the gunman.  Held at gunpoint and holding his last slice of pizza, Hector now has to figure out a way to survive his confrontation with the gunman and finally bring the villain to justice.

The story style in episode 2 is exactly the same as it was in episode 1.  You will run in to the same crass humor and jokes that made the first episode funny.  Hector is played perfectly in this episode.  Always quick with the perfect insult and not above making lude comments, the writing for Hector makes him an absolute great time to control.  In contrast, controling Lambert is such a riot, but for completely different reasons.  Lambert is such a push over when it comes to interacting with the other characters, that you can’t help but laughing at the situations he gets himself into.

Episode 2 is longer then episode 1, which is a good thing.  Episode 1 just didn’t feel like it was worth the price of admission, at least in length terms.  Episode 2 fixes that by filling it with more story this time around.

The gameplay for Badge of Carnage Episode 2 is pure point and click adventure style.  You move the arrow around the environment looking for clues and items to solve the current predicament that you find yourself in.  Most puzzles in episode 2 are fairly straight forward and easy enough to solve, but you will run into a few that will stop you dead.  Senseless Acts of Justice offers a hint system that will help point you towards the right solution.

In this episode, like I mentioned above, you play as Lambert for part of the episode.  This was an interesting change of events, making you pick up items as Lambert that Hector needs to solve the problem that he is facing, and vice versa.  You have to look around one character’s environment for clues that will aid the other character.

Badge of Carnage Episode 2 is rendered in the same style as episode 1 was.  I love the cartoon look to the game and feel that the visuals of Senseless Acts of Justice fit with the overall feel.  Watching cartoon vomit spew out of a woman’s mouth in this way makes it way more funny and, to be honest, stomachable then if the game was rendered with life-like graphics.

The sound, on the other hand, dosen’t fair as well.  The voice acting is generally well done, with Hector being the best of the bunch.  The downside is that the actual audio seems to be a lower quality.  In some cases, the audio just didn’t sound like it was recorded that well.

Badge of Carnage Episode 2 is a great follow up to a pretty good game.  Episode 2 has more of what I liked in episode 1 and is a bit longer then its predecessor.  The cartoony aesthetics of Clappers Wreake and its inhabitants makes the crass jokes and events that much more easy to stomach, though the audio at times will grate on your ears.  The game play is solid point and click adventure mechanics that haven’t changed in the last twenty years, but the puzzles are hard enough to give you a challenge but easy enough to keep the pace of the game rolling along.  If you haven’t picked up episode 1 yet, then you need to start there, but for those of you that have played through episode 1 and liked it, then Senseless Acts of Justice is a must buy. 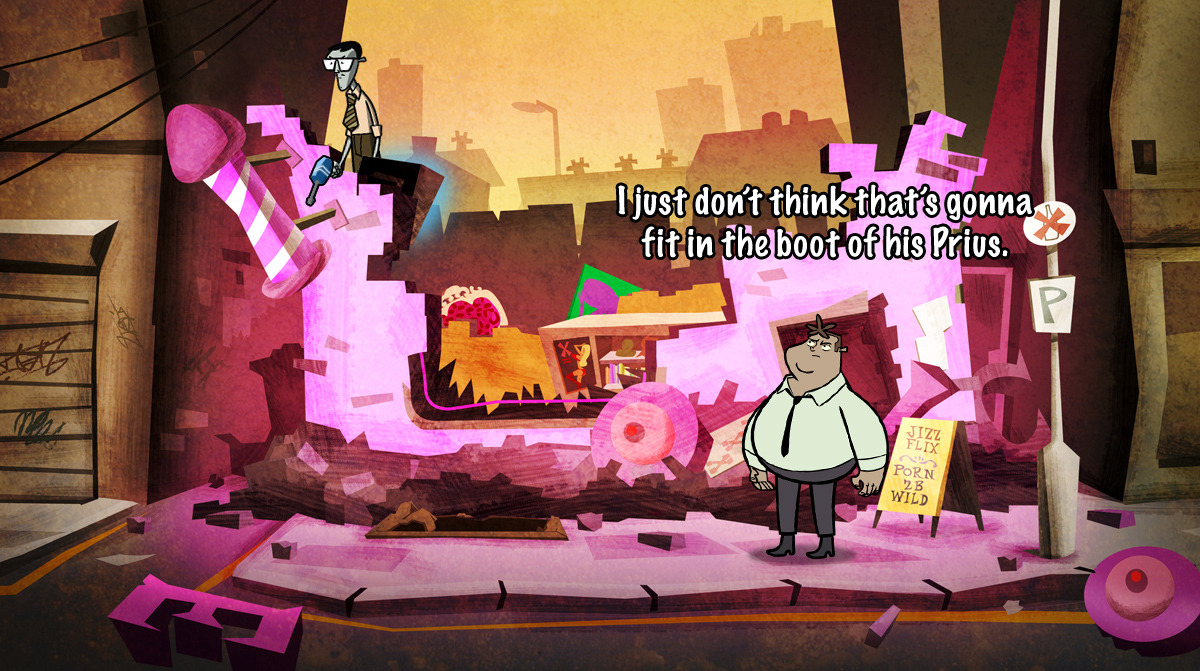 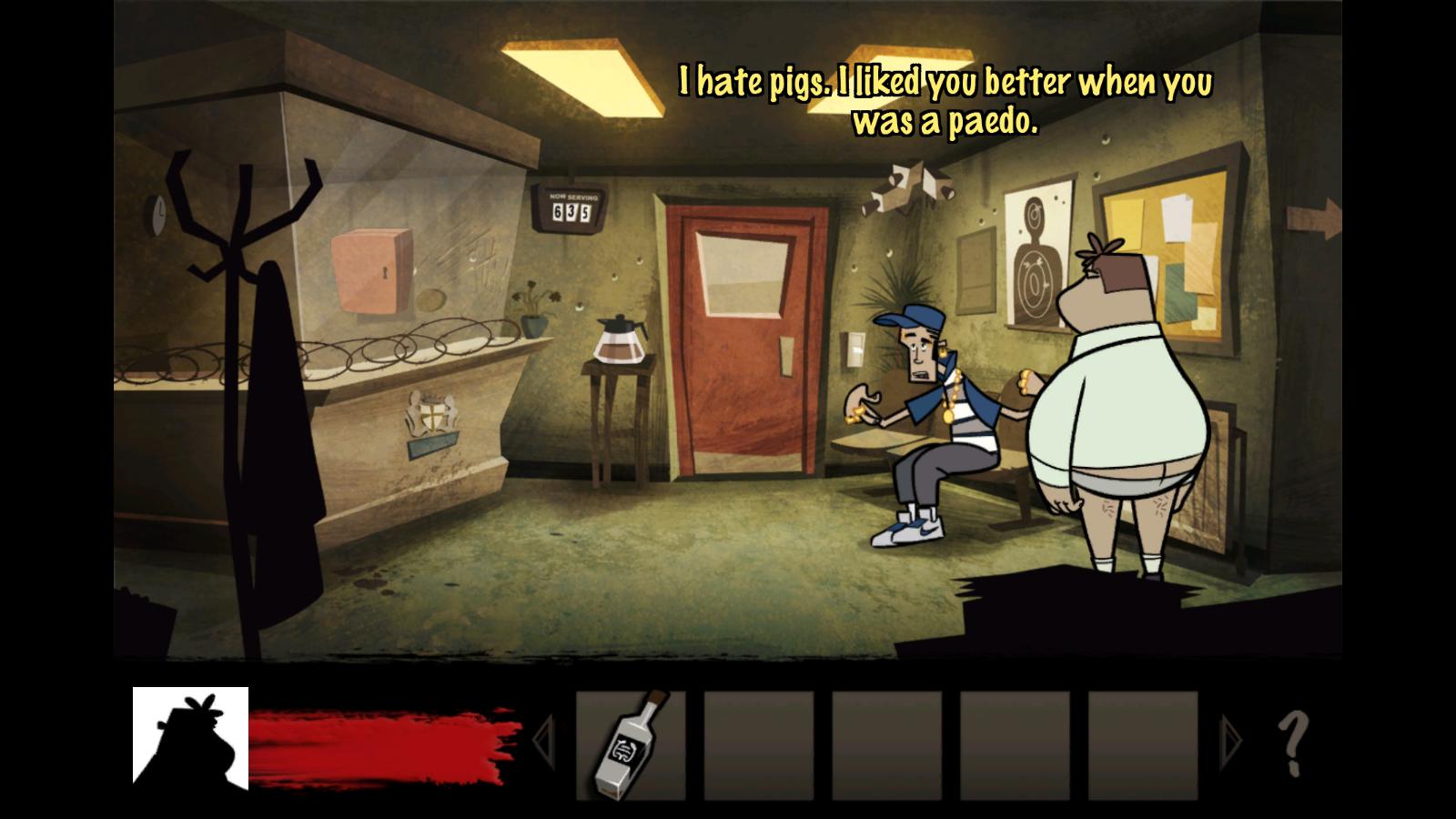