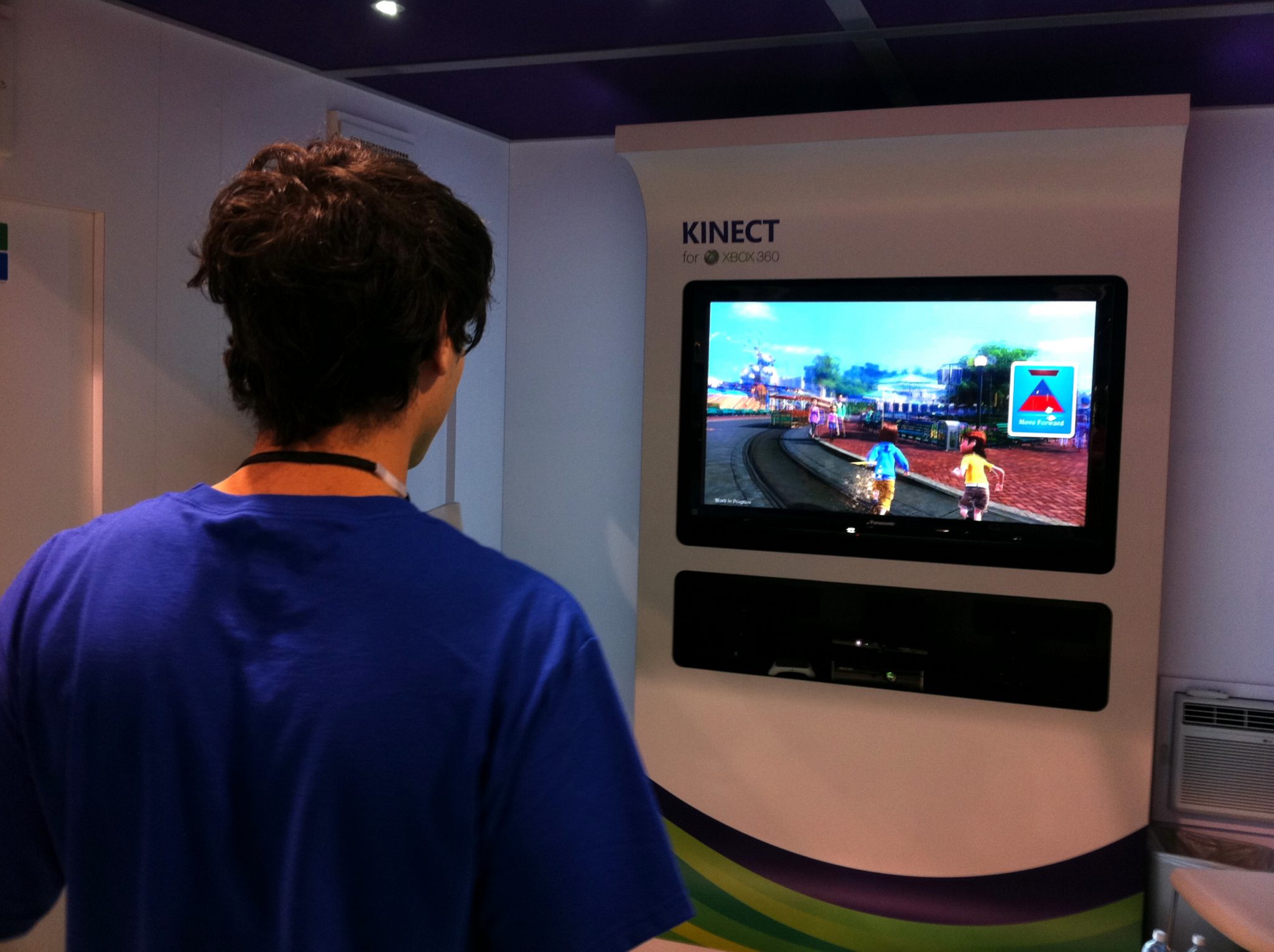 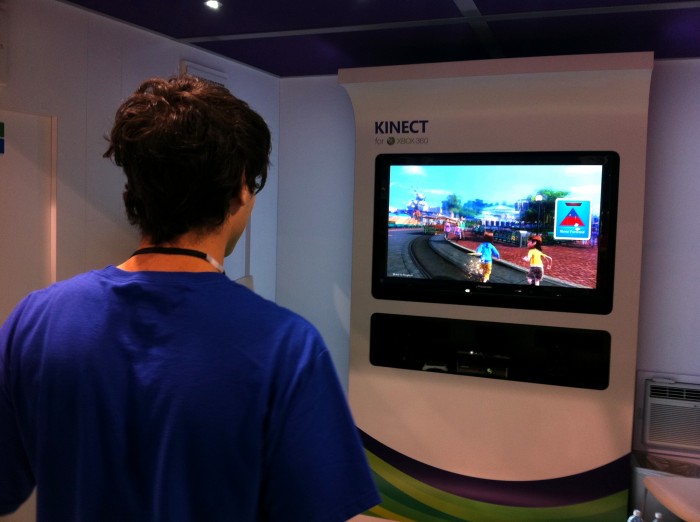 While on the show floor at this weekend’s D23 expo in Anaheim, CA we got the chance to get up-close and personal with the upcoming Kinect: Disneyland Adventures from Disney Interactive and Microsoft.

Moving about Disneyland is very simple: Simply point your left hand in the direction you wish to run and off you go. The biggest issue in navigation seems to be turning, which is accomplished by angling your left hand or twisting your body. In typical Kinect style, this is not as responsive as one would hope so it is easy to under or over-shoot your intended direction.

Riding the various attractions offered during the expo (6 of the currently unknown number were available), players get to bend, twist, and jump around in order to get through the experience. Each attraction is made up of several types of encounters. For instance, Pirates of the Caribbean is made up of a sword fighting game as well as multiple rafting-style games where players lean back and forth to control their ships. The variety of the game experiences should prove pleasing to families at play. Aside from Pirates of the Caribbean, we got the chance to experience some of the high-speed slalom action on the Matterhorn Bobsleds. Going through the course, the game rep jumped in with me and our two sleds raced down a snowy track. You could even throw snowballs at pesky Yetis that showed up to rain on our fun-loving parade! Each attraction takes anywhere from three to five minutes to complete and allows for both one and two players. At the end of each game, you get a cool photo of yourself in action that you can upload to social media websites, etc.

The biggest draw of Disneyland Adventures is the incredible amount of detail afforded by the Disneyland recreation. Nearly every nook, churro cart, crannie, and gift shop has been recreated for guests to explore. Of course, not all of these carts will be functional, but they are all there nonetheless. The virtual Disneyland is scaled perfectly and anyone who has been to the park will feel like they are right back there again. The game rep said that developers used blueprints, satellite photography, thousands of photographs, and more to design the park – all of which have definitely paid off. Players have various tools at their disposal, each of which can cause a different interaction with a target. For instance, using a magic wand on a cart can afford you some cash which can eventually be used to get new clothing, Disney memorabilia, etc while using the megaphone on something can cause a totally different reaction.

Guests can run around the park and even interact with lovable Disney characters. Guests can get character autographs, dance, and even high-five them. Interestingly enough, not all characters will take to these actions the same way. For instance, Cinderella will not high-five guests very well given that she is royalty and used to more formal introductions. Additionally, the art design of the gameplay experience changes depending on what attraction you are in. We saw a very cool change when entering Peter Pan’s Flight where the visuals changed to what looked like a cel-shaded, old-school animation style. There are a lot of neat little touches like that to be found in this one.

The media rep for the game was not willing to divulge any information on after-launch content, but it is very possible that new attractions coming out at real-world parks could be used as a basis for DLC packs.

Kinect: Disneyland Adventures is due out on November 15, 2011 only for the Xbox 360 with Kinect. It is being developed by the same team that created Kinectimals, Frontier Developments. 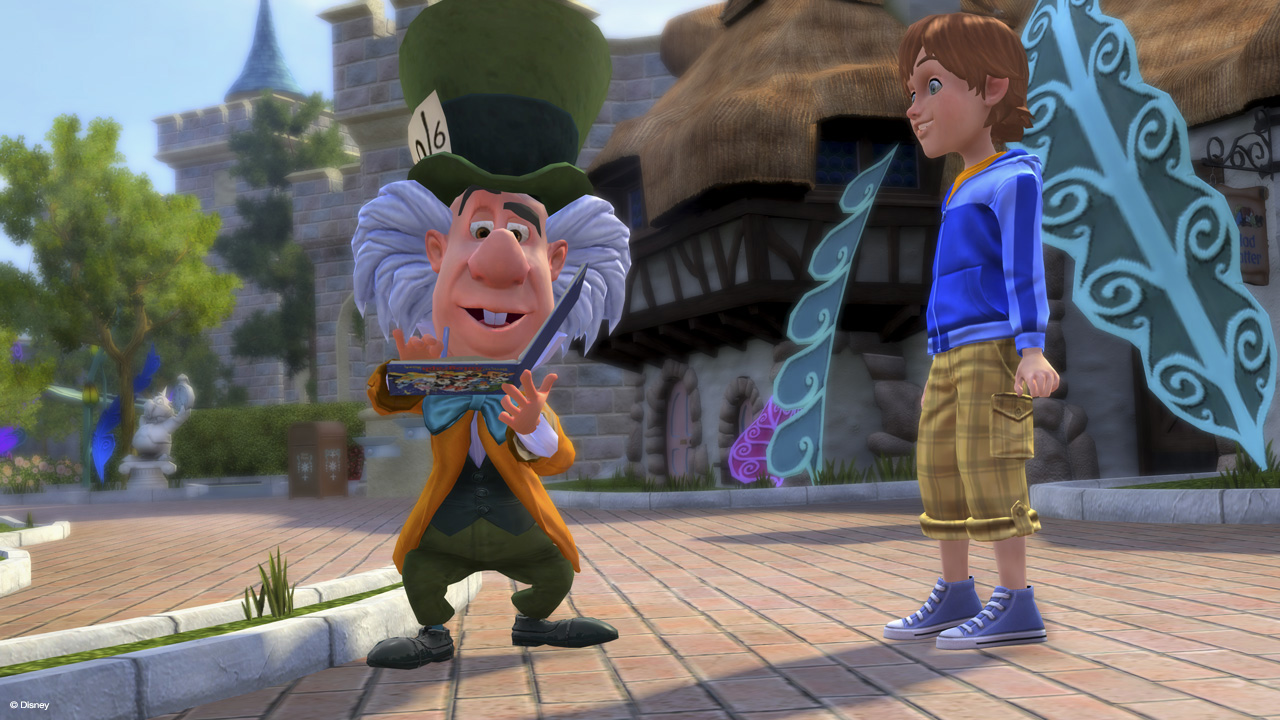 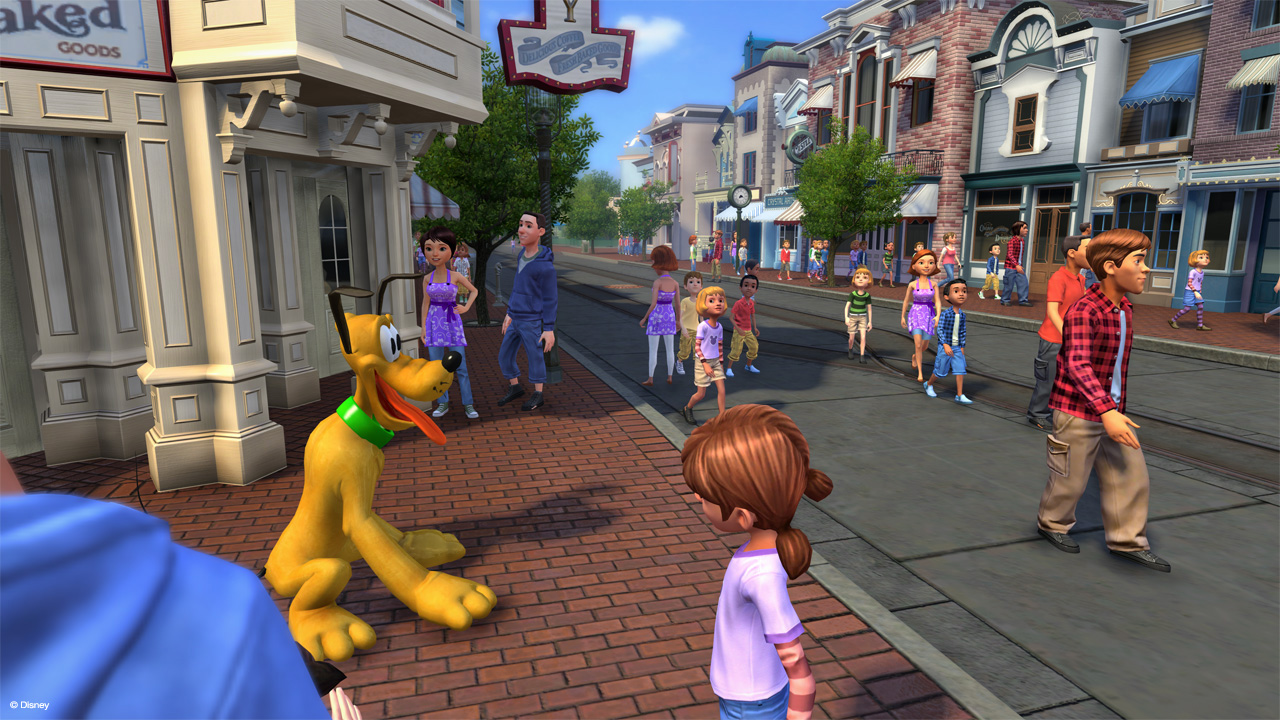