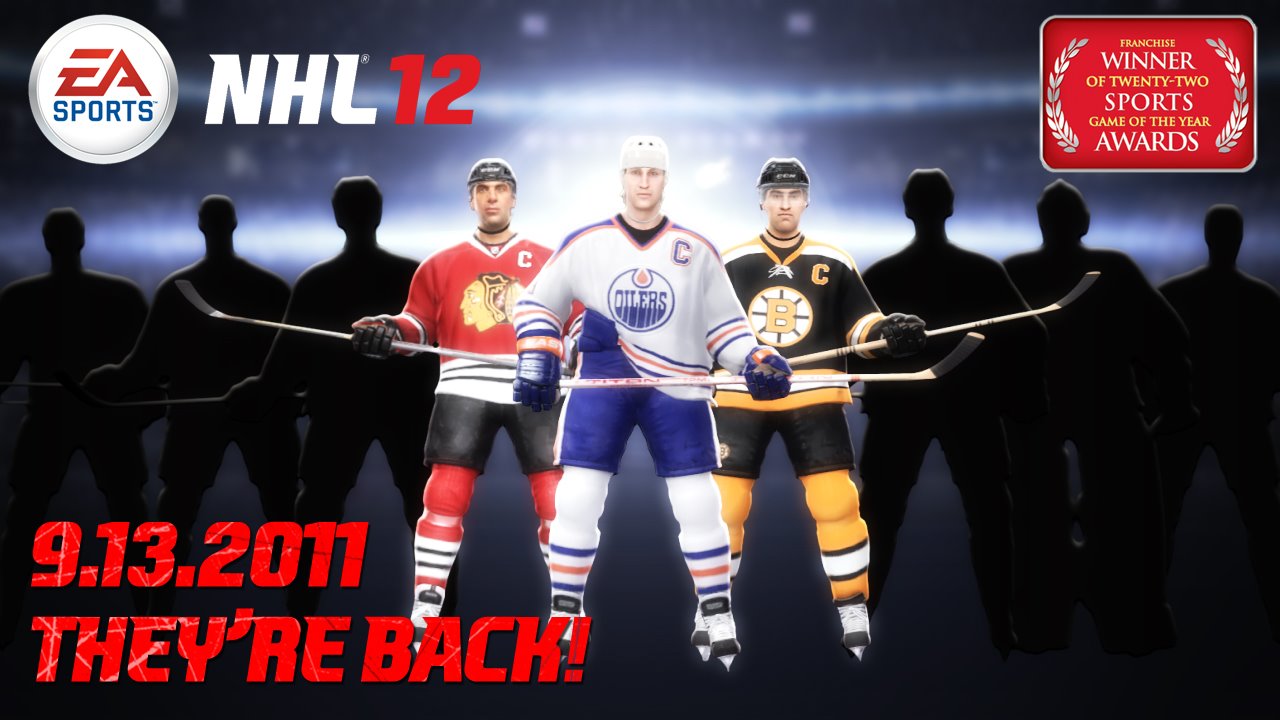 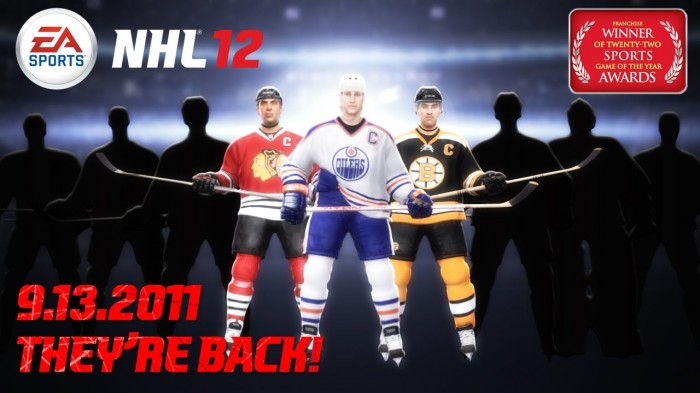 EA Sports has announced that twelve NHL greats the likes of Wayne Gretzky and Chris Chelios, to name two, will be featured in their upcoming EA Sports NHL 12. The players will be accessible as “legends” in the game, playable in “virtually” every game mode – including the new “Be A Legend” mode. In this mode, the player will basically be playing the “Be A Pro” game mode – just as one of the hockey greats throughout their career.

Wayne Gretzky, Ray Bourque and recent U.S. Hockey Hall of Fame inductee and perennial all-star, Chris Chelios, will all be featured as Legends in NHL® 12, along with six additional former NHL greats who will be announced over the course of the next week. For the latest information on NHL 12, become a fan of http://www.facebook.com/easportsnhl or follow http://www.twitter.com/easportsnhl.

EA Sports NHL 12 will be available on September 9 in Europe and September 13 in North America.