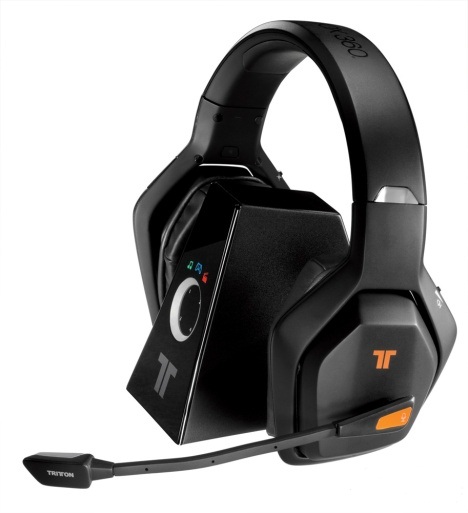 Yesterday, Mad Catz and Tritton introduced me to a new line of Headsets for the Xbox 360. These are the first ever Co-Branded headsets that Microsoft have leant their name to. The difference between licensed and co-branded products is that co-branding allows for the peripheral maker to have more direct access to proprietary Microsoft technology, which should allow for a better third-party product. It almost brings them to a “Second-Party” status.

Mad Catz brought out the big gun for it’s presentation, the Warhead 7.1 Headset. It is a completely wireless headset that allows for direct communication to the 360 itself as opposed to having to be connected to the controller. It comes with two rechargeable batteries and a recharge base. The base itself is what connects to the console, via USB and the Optical input. It also features true 7.1 sound.

Alongside of the Warhead are its lesser counterparts, the Devastator and the Detonator. The Devastator is the mid level headset which is still wireless, however it only has RCA inputs, while the Detonator is the entry level model. It is a wired headset. All three of the headsets are slated for a Holiday 2011 release. 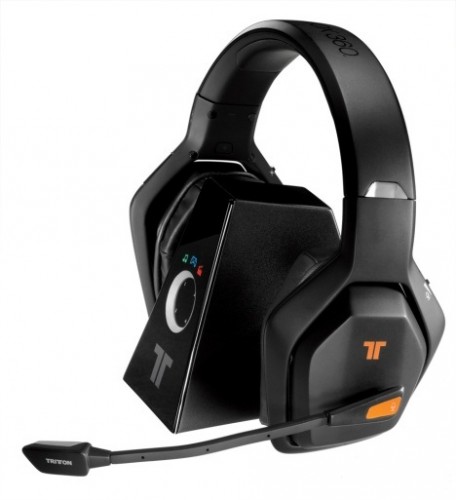 We were also able to see a new racing wheel that is in development and licensed for Forza 4. It is Mad Catz’ first ever completely wireless force feedback and dual vibration wheel. A couple unique features of this wheel and pedal set are the inclusion of 2 buttons on the backside of the wheel that can be custom-mapped to handle operations that might have forced your thumb off of other wheels, and a stick shifter that can be moved to wither side of the wheel. This will allow you to properly drive foreign cars that might have a right-side driver’s seat. The wheel also has a PC Port on the back of it to support upgrading the firmware. It will be forward compatible.

Two other items to note about my time with Mad Catz were the release of the Cyborg R.A.T. On the MAC platform, and Mad Catz showed us footage from their first ever foray into publishing a game. War Wing Hell Catz is a flight simulation set in WWII. We were shown a demo video which highlighted some of the storytelling aspect (it was handled in a neat looking watercolor style) and some of the high-flying action. The game is scheduled to be released sometime in 2012. They also let me know that they have an internal game studio called Thunderhawk Studios, which is currently working on a flight based MMO for the PC.

Make sure to keep up with the site for updates on these and all of the Mad Catz lineup in the near future.