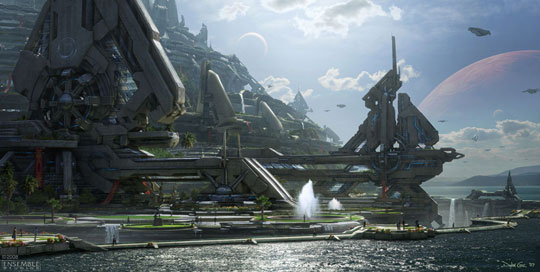 Former Ensemble Studios artist Dylan Cole has released some concept artwork from an unknown Halo project that, at one time, was being developed by the now-defunct studio. The above image is titled ‘Forerunner City’. Being that by time the Halo games happen the Forerunners are long since over as a race, could the game have taken place in their time? I guess we will never know, but speculation is cool.