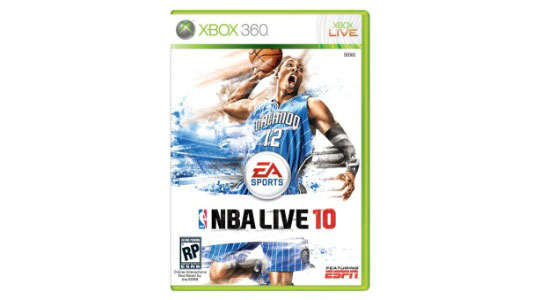 EA Sports has released the box art for the next title in its NBA franchise. NBA LIVE 10 sports Orlando Magic center Dwight Howard power dunking his way into next week. Dwight Howard is currently going head to head against the Lakers in the NBA Finals and was named the 2009 defensive player of the year. Check out the quote below and dribble your way down the court when NBA LIVE 10 is released this fall.

Dwight Howard:
‘It’s an honor to be named as the cover athlete for NBA 10. This year has been a crazy ride and this is a cool way to
cap it off. Of course – there is one more thing I’m on the hunt for
that would complete it.’