**UPDATE: We have solved this puzzle and posted the spoiler in the Live Updates section after the break.

Looks like a new viral marketing campaign has begun. We received a cryptic email stating the following:

Upon going to the site, we were visited by a camera looking back at us followed by what appears to be a sort of mini-game which we have just begun to look at.

The domain is registered to someone at Deep-Focus.com, a marketing company, so it is safe to assume this is the beginning of a viral campaign just in time for Comic Con. Enjoy! 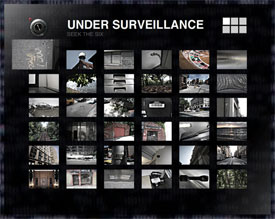 ***SPOILER INVISO-TEXT: Well as it turns out, it doesnt take that long to figure out. Seems to be a game touting the upcoming reinterpretation of The Prisoner. It looks to star Ian McKellan.