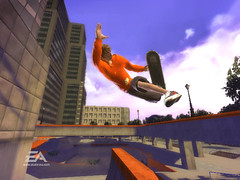 EA has announced Skate It for the Nintendo Wii and DS platforms. Coming out sometime this year, Skate It will utilize the DS’ stylus pad to execute stunts while it will use the Wii Balance Board on that particular platform.

Official Release:
Electronic Arts Inc. today announced Skate It, a new game in the award-winning Skate franchise that taps into the heart and soul of being on a skateboard. Designed exclusively for the Wii&#8482; and Nintendo DS&#8482; systems, Skate It has Nintendo players riding with the skate pros, owning the best spots in San Vanelona and pulling off the sickest tricks using the popular FlickIt controls. Loaded with all-new gameplay features, 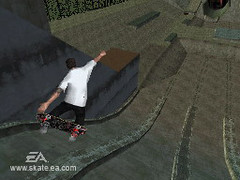 Skate It breaks new ground by introducing innovative support for the Wii Balance board which gives players a fresh way to create their own signature skateboarding style.

Skate It unleashes the FlickIt revolution on to the Nintendo platforms, letting gamers use the Wii remote or the Nintendo DS stylus to string together their best tricks for the ultimate skate line. The Wii remote becomes a skateboard and reacts to gestures that mirror actual skate flips and moves. Players can also deepen this experience by planting their feet on the Wii Balance board. Skate It brings the hit Skate franchise to a new level of creative ingenuity and gameplay excellence.