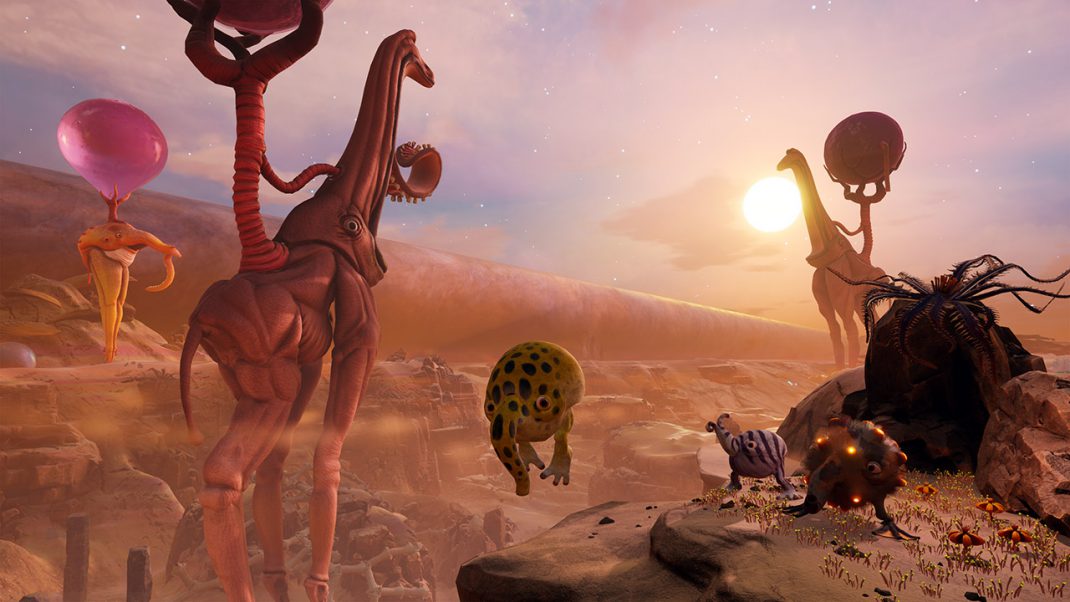 The fun just keeps on rolling! ACE Team and Good Shepherd Entertainment have revealed that the award-winning, critically acclaimed The Eternal Cylinder will officially launch on Steam, PlayStation®5, and Xbox Series X|S on Oct. 13, 2022. PlayStation®4 and Xbox One players will be able to upgrade to the next-gen version of this completely original open-world survival adventure game for free on their respective consoles.

Also arriving on October 13 is The Eternal Cylinder’s special Anniversary Update, introducing new game content for all platforms, including two fearsome new creatures to beware of and a powerful new Trebhum ability to discover. The update will also add a variety of technical enhancements for select systems. PC players on Steam and the Epic Games Store will get support for 4K resolution and ray tracing, while PlayStation®5 and Xbox Series X users will be able to choose between 4K or ray tracing functions (ray tracing unavailable on Xbox Series S). The PlayStation®5 version will also support the haptic feedback and pressure-sensitive trigger capabilities of the DualSense controller.

A free Steam demo for The Eternal Cylinder will also go live on October 3 as part of Steam Next Fest.

The Eternal Cylinder takes place on an alien world teeming with surreal environments, exotic beings and awe-inspiring wonders, all dominated by The Cylinder: a gargantuan structure of ancient origin that relentlessly crushes everything in its path. You are but a tiny Trebhum – not the strongest or fastest creature, but born with the most powerful ability of all: adaptation. What you lack in size you’ll need to make up for in resourcefulness and ingenuity – mutate and evolve your Trebhum family with new attributes and abilities to navigate hazardous obstacles and escape dangerous predators. Gather your herd and embark on the perilous journey to save your planet from The Eternal Cylinder.