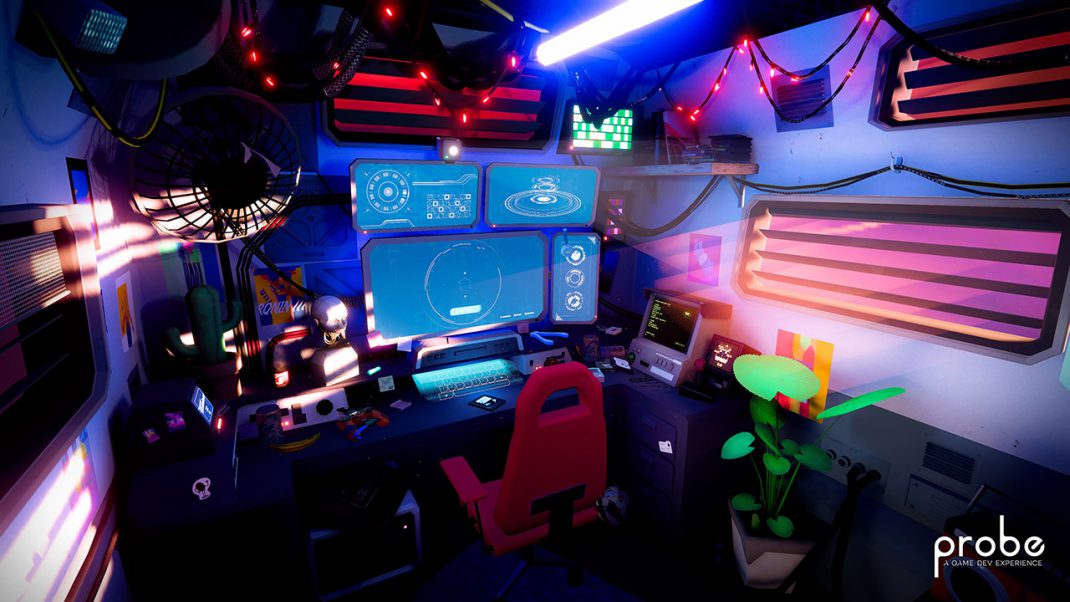 Sony Interactive Entertainment España (SIE España) and Voxel Labs announce that their game-based learning experience Probe: A Game Dev Experience is now available on PlayStation 4, PlayStation 5 and also has support for PlayStation VR as a digital-only title for $17.99 / €14,99. The game has been supported by PlayStation®Talents.

Crafting video games isn’t an easy task. Coding, designing, having art skills… not everybody was up to it — until now. Probe: A Game Dev Experience is a serious game about the art of video game development. Players will learn the fundamentals while they experience the ups and downs of the creative process: from the occasional hiccup in terms of production to detect and identify those mechanics that need to be polished thanks to software emulators that mimic those used in real-life environments.

Probe: A Game Dev Experience is a serious game designed to let players experience the creative process in the first person. They will have a behind-the-scenes look at the process that will help them understand how a production process works while they get familiar with everyday terms & concepts of the video games industry. Not everything will be a pleasant trip, as players will also have to solve problems by identifying them and outlining a correct strategy to solve them.