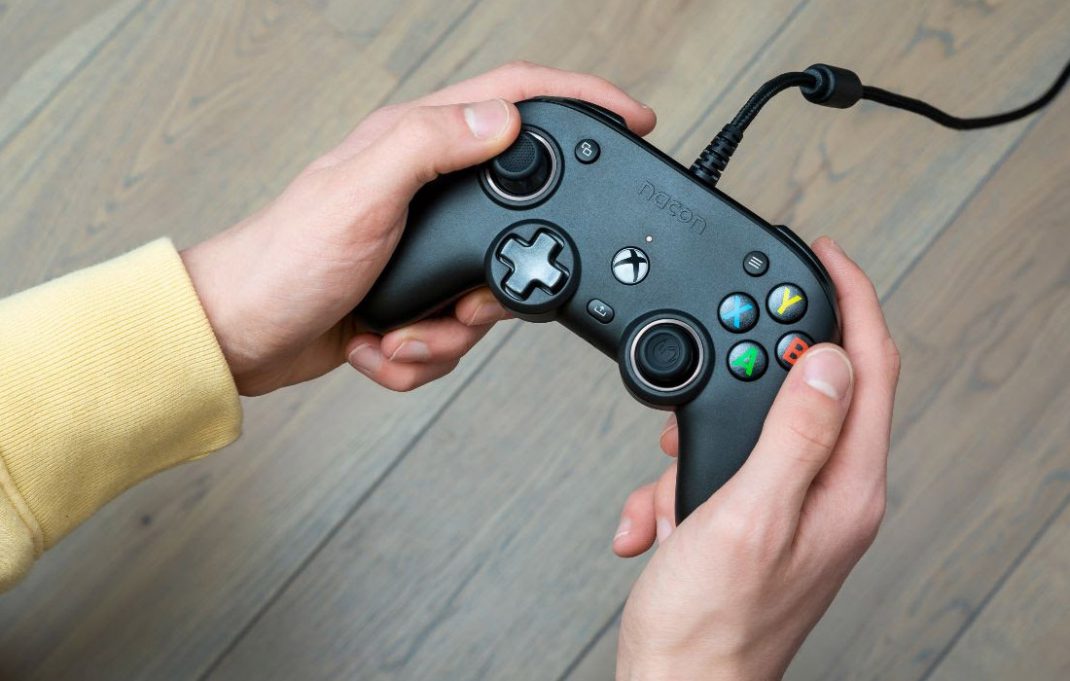 Recently, we got the chance to check out one of the new RIG PRO Compact Xbox Controllers from NACON Gaming. The RIG PRO Compact Controller came about in order to provide gamers with a slightly smaller, more portable, and (hopefully), more comfortable controller. Did they succeed? Sort of! Read on to find out more about this new controller.

Starting off with the RIG PRO Compact Xbox Controller’s design, it features a slim profile with narrow D-pad and lighter weight by about 85 grams! It’s noticeably lighter, actually, so if the weight of the standard Microsoft controller is too much for you, you might like the RIG PRO Compact Controller. 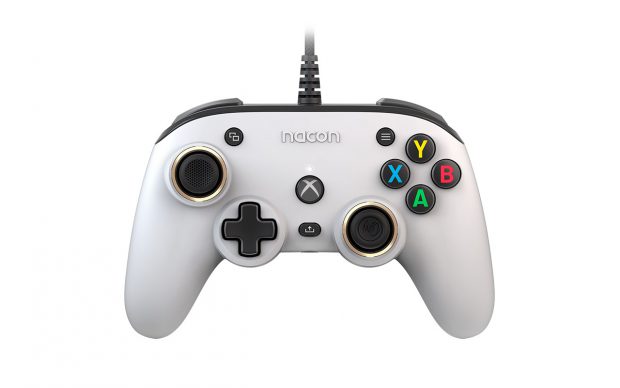 Unfortunately, RIG has made a couple poor decisions in its redesigning the button and control layout in their new controller. The one that takes the most getting used to is the placement of the start and menu buttons. Instead of being close to the Xbox button like on the standard controllers, they spread them to above the analog sticks on opposite sides of the controller. This really threw my gameplay off and I fought to remember where they were when needed. A second issue that popped up is how its small size and curves force your hands into a semi-uncomfortable position when being held – it’s like they expect you to hold it in half your grip which doesn’t feel very natural. The position they put your hands in also makes it difficult to reach the bumper buttons without readjusting one’s grip.

What does work with the RIG PRO Compact Xbox Controller? Well, for one thing, it has terrific analog sticks with great tension and sensitivity. Furthermore, the texturing on the analog sticks is outstanding and should be implemented on the standard controller from Microsoft. Also, the trigger controls work very well and the built in haptic feedback motor provides great response and rumble – even better than the standard Xbox controller. 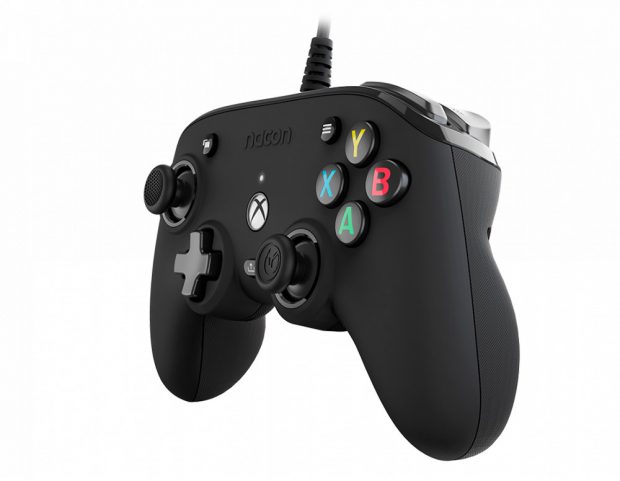 The cord is made from a braided cable and is long enough to reach from the Xbox to the couch. Also, its configuration software is well-done, allowing the controller to be (somewhat) remapped as well as the sensitivity curves on the sticks and triggers. This app is available on both the Xbox as well as the Microsoft Store on PC, so you have access to it either way.

One of the big selling points of the RIG PRO Compact Xbox Controller is that it includes a lifetime license key for Dolby Atmos – a first for a controller like this. If you have ever used Dolby Atmos before, you know how great it is in making even basic headphones sound like a surround sound system. While this is not a review of Dolby Atmos specifically, it’s a great technology and a nice little bonus for buyers of the controller. 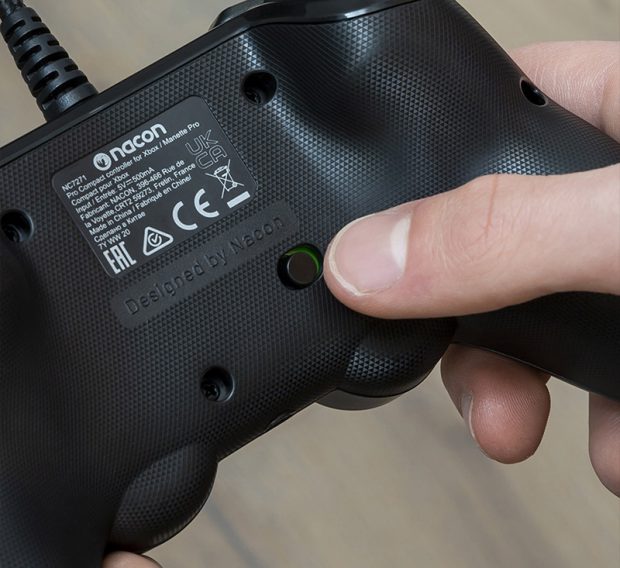 Overall, the RIG PRO Compact Xbox Controller does provide the functionality of a wired Xbox controller in a smaller package. However, there are some design issues which might make it a difficult transition. It does retail for $49.99, which means it is very affordable and might make for a great choice if you have smaller-than-average hands. 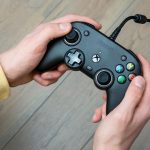