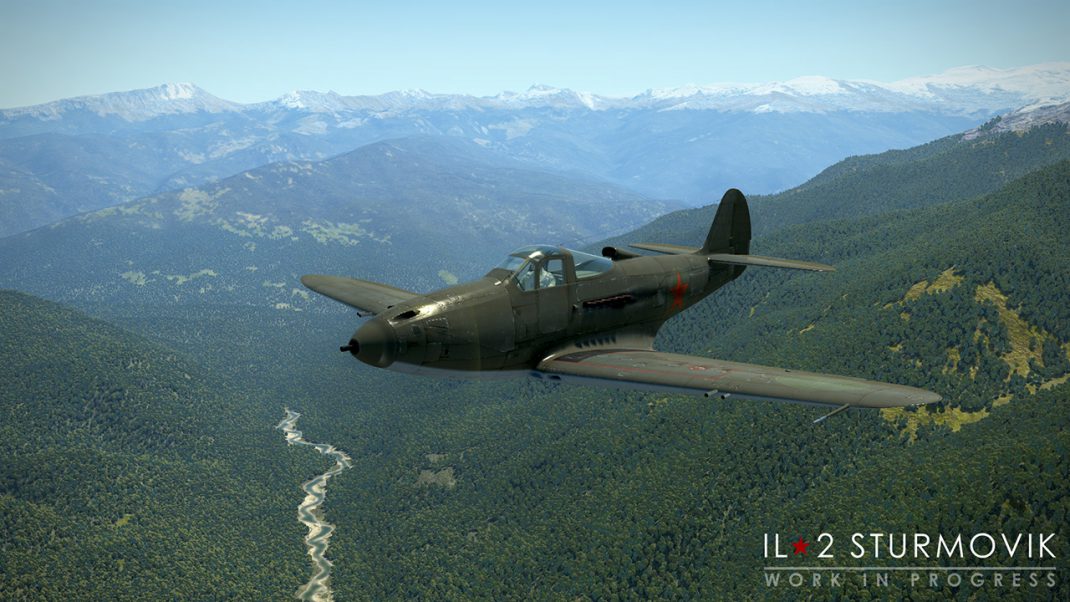 (Moscow, Russian Federation) – November 20, 2017 – 1C Game Studios is proud to announce three new products for the IL-2 Sturmovik combat simulator franchise – Battle of Bodenplatte, Flying Circus Volume I and Tank Crew Clash at Prokhorovka. Battle of Bodenplatte continues the tradition of WW2 themed Sturmovik products while Flying Circus will be a return to WWI for the team having previously made the award-winning Rise of Flight. Tank Crew is a completely new concept for the Sturmovik brand and will feature WW2 tank combat in the southern sector of the battle of Kursk in 1943. All three of these titles will be part of the IL-2 Great Battle Series making them compatible with each other and forming one large combat environment where tanks and aircraft can fight together to win the day.

Battle of Bodenplatte
Battle of Bodenplatte will explore the air war near the end of 1944 and into early 1945. This late-war setting offers a wide variety of classic fighters and fighter-bombers for you to fly including some of the hottest piston powered airplanes to ever grace the skies. The P-51D Mustang, Tempest Mk. V fighter-bomber and Me-262 jet fighter are included. There will be a total of ten awesome aircraft available. As the war turned against Germany in the closing months, the Luftwaffe launched “Operation Bodenplatte”, a surprise attack on Allied airfields on January 1, 1945. This attack spawned a legendary air battle. Battle of Bodenplatte will include several modes of gameplay including a dynamic single-player Pilot Career, plus entertaining Scripted Campaigns and Multiplayer modes such as Co-operative and Dedicated Servers. Pre-Orders for Battle of Bodenplatte are already underway with Early Access beginning late Q1 2018. The full release date is to be determined.

Flying Circus – Volume I
Flying Circus will finally give loyal and patient fans of Rise of Flight a new way forward into the future. Flying Circus virtual pilots will benefit from the latest technology our game engine supports like VR, 64bit and DX11. You’ll be able to dogfight famous aces over the trenches of the Great War in immersive state-of-the art virtual reality with high-framerates and stunning visuals. Flying Circus will include ten legendary WWI warbirds such as the SPAD 13, Sopwith Camel and Albatros Dr.1. The Red Baron’s favorite aircraft will also be included, the fearsome Fokker Dr.1 triplane. Flying Circus will feature terrain of the Western Front in 1918 with airfields, villages, towns and the crater scarred No Man’s Land. Expected completion date for Flying Circus is Q4 2018, but an Early Access program will be available.

Tank Crew – Clash at Prokhorovka
Tank Crew will be an armor simulation of the epic tank battle in and around the village of Prokhorovka during the battle of Kursk in WWII. Both single-player and multiplayer modes of gameplay will be included. Especially interesting will be multiplayer as the tanks will be faithfully modeled inside and out, allowing users to team up and crew a single tank together as driver, gunner and commander. Tank Crew will include a dozen tanks, self-propelled guns and mobile AAA units. Players can fight in such tanks as the Soviet made T-34 medium tank or the heavy Kv-1 tank. The famous German Tiger tank will also be included. Because Tank Crew is part of the IL-2: Great Battles Series it’s content is compatible with other IL-2: Great Battles products such as Battle Stalingrad, Battle of Moscow and Battle of Kuban creating one gigantic battlefield and endless possibilities. Tank Crew is planned for a Q4 2018 release with Early Access also being available before completion.

Jason Williams, Lead Producer of IL-2 Sturmovik products, had this to say, “The team is very excited to be expanding the Sturmovik franchise to include the western European theater in WWII and brining state-of-the-art technology to the much-neglected WWI era or early flight. I can already feel the wind in my hair! And Multiplayer is about teamwork and managing a tank with my friends through the hell-storm that was the Kursk battle will be an amazing challenge.”