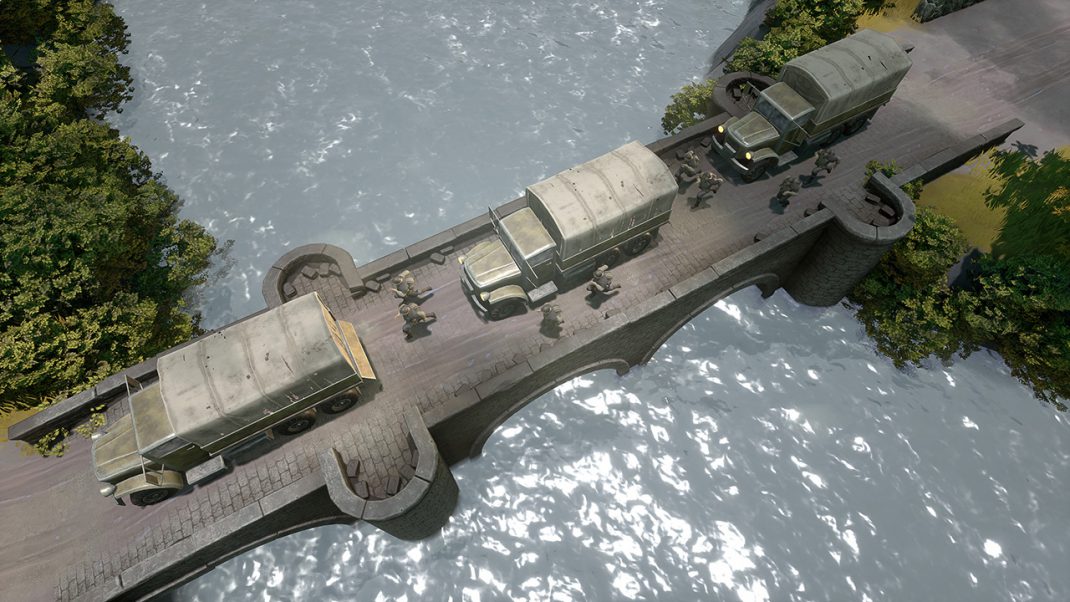 Canadian developer Clapfoot is bringing a new persistent, World War II-like MMO game to the world, named Foxhole.  Foxhole uses a similar aesthetic, weaponry, and overall feel to the global war that was World War II, without actually using the nations that fought within that war.  While your side may be using weapons that look similar to an MP40 and wear grey fatigues, you are not the German Army.  Instead, players choose to be apart of the conflict by siding with either the Wardens or the Colonials.  So, how good is an MMO, persistent world shooter if it isn’t really a World War II game?  Let’s take a closer look with our preview. 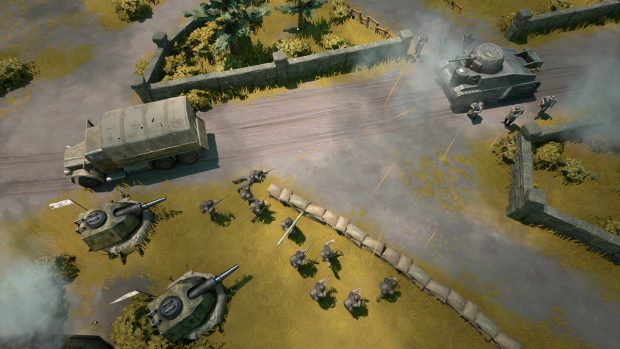 After you have selected your side and have joined the battle, you are dropped into a town controlled by your army to resupply.  Supplies are all player generated, as is materials.  So depending on how hard your side is working to gather supplies and create supplies, you will either have many choices or are running into combat with a handgun and a bandage.  You also have a limited amount you can carry on your person, so don’t hog all the med kits!  If you are carrying too much, you become encumbered and will walk very slowly, making an outstanding target for the snipers on the other side.  This means you will have to set up supply lines, between the front and your base, to carry resources, ammo, weapons, and infantry back and forth.  All of this, requires actual players to do.  There are no computer controlled units anywhere in Foxhole.

Foxhole’s campaign mode sees the conflict rage acros many different maps, where one side has to win the map before the next one unlocks.  Alternately, servers that are not running the Campaign will restart the maps after 24 hours of combat.  The world in Foxhole is persistent and ever changing.  Players that are logged out are still visible in game, but will be shown as sleeping and cannot be interacted with.  A day and a night cycle exists in the world, making for night raids on an enemy town a thing of absolute beauty and terror.  Recon becomes an absolute necessity during these night raids, not just a good idea.  As these wars rage, players can earn commendations by helping their team reach objectives.  These commendations will show that the player is rising in rank and in status on their side of the war. 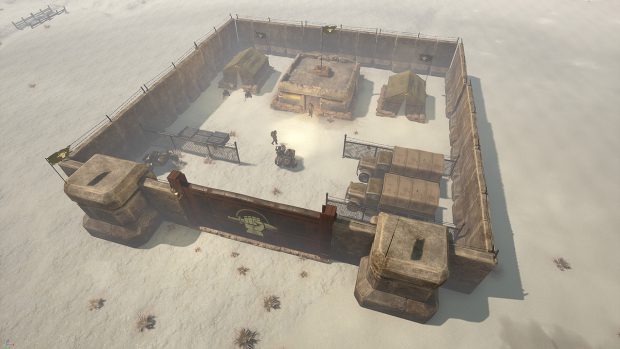 Foxhole‘s games can handle up to 60 players on a map that will battle for control through a top-down view.  Foxhole looks much more like a strategy game then an action mmo game, but make no mistake your side will need strategy and tactics in order to overcome and win.  What is fantastic about Foxhole, is the narrative that comes out of game play.  There is no narrative here set by the developers, at least not at the time I played the game.  So the stories all come from actually playing the game and the situations that are created.  I had joined a side that was rapidly losing control of a town.  We were constantly being overrun by tanks, with no weaponry to defend ourselves.  The decision came down to detonate all the buildings we had created in town so the enemy did not gain control of them, and fall back to the next village.  This, this right here, is why Foxhole is a blast to play.

The plans for Foxhole sound even more fantastic then what is already in game.  Clapfoot is aiming for games to handle 120 players, with all maps of the world open at once to simulate wars on a scale that I cannot remember ever happening in a video game.  Foxhole’s enjoyment comes from watching your side of players, work very hard together to overcome the other side of combatants.  To organize a push, to see it implemented and to succeed is a great sight!  This is not the game to play the “lone wolf” in.  You will need to gear up, join up, and work together if you want to win.  Even at the version that the game is in, Foxhole is well worth a look.  If Clapfoot can get reach their goals for the game, then Foxtrot will be a “can’t miss” title.  Foxtrot is available now on Steam through Early Access.