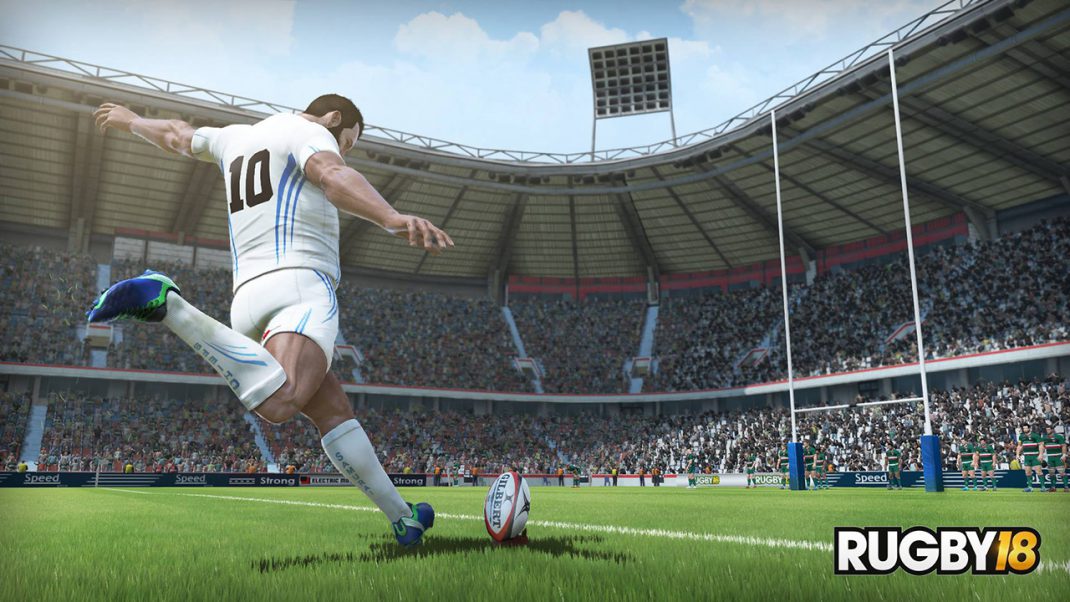 RUGBY 18 Career and My Squad Trailer

Lesquin, August 21st, 2017 – Bigben and Eko Software are pleased to present a video showing the new Career and My Squad modes for RUGBY 18. Watch the trailer here:

In RUGBY 18’s Career mode, users can guide their favourite team to victory by recruiting the best players using money earnt from wins, adjust formation and strategy between matches and take the team to the top of the Elite Division.

My Squad mode lets users build their dream team by selecting the best official players from all the major leagues. To recruit players, users use “Squad Points” which are received at the end of each match in all game modes, both local and online. An individual player is also rewarded with “Squad Points” when meeting objectives during a match: a well-orchestrated attack resulting in a spectacular try, a towering defence, efficient tackling, a dummy followed by a precise pass after contact and more. In RUGBY 18 there are many different ways to develop the ultimate team.

RUGBY 18 includes all of the famous TOP 14 and Premiership Rugby teams and players, as well as national teams including France, Italy, Wales and Scotland. Over 2,000 rugby players from the 2017-2018 season are available in the different game modes.

RUGBY 18 will be available in October on PlayStation®4, Xbox One and PC.