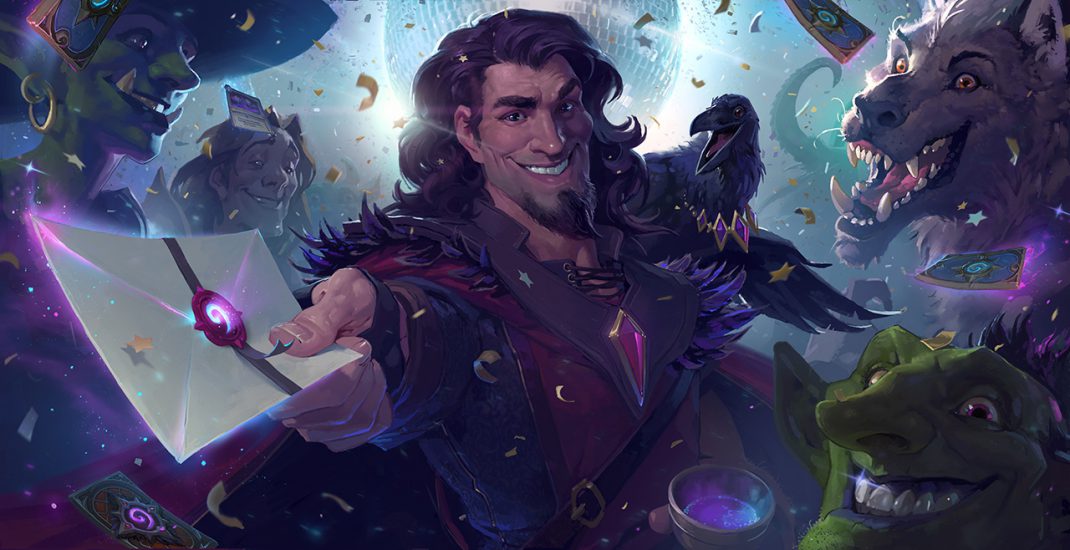 SHANGHAI, CHINA.—July 29, 2016—Equip your dancing shoes and make sure you’re properly attuned, because you’re invited to the hottest party in the Eastern Kingdoms! Blizzard Entertainment today revealed One Night in Karazhan™—a brand-new Hearthstone® Adventure that takes players inside Medivh’s tower, Karazhan, for a truly enchanted experience. As Azeroth’s most powerful mage, Medivh’s magical prowess is surpassed only by his love for extravagant shindigs, and he has spared no expense to entertain his cherished guests—lavish feasts, impeccable Opera performances, and more await you inside.

“One Night in Karazhan will give players the chance to party with Medivh while earning some great new cards for their collections,” said Mike Morhaime, CEO and cofounder of Blizzard Entertainment “We’re excited to reimagine one of Azeroth’s most beloved locations in Hearthstone, and we can’t wait to see players put their new decks to the test.”

Once you arrive at the party, you’ll find that Medivh has gone missing—and his collection of arcane objects is running amok throughout the castle. It’s up to you and Moroes, Medivh’s trusted butler, to keep the party under control and find your host, while still finding time to enjoy the amenities! With a lineup of iconic characters to encounter, everyone’s favorite enchanted chess board, and 45 groovy new cards to add to your collection, One Night in Karazhan promises to be an Adventure to remember.

The party starts August 11 on Windows® and Mac® PCs; Windows, iOS, and Android™ tablets; and iOS and Android mobile phones, and the four wings of One Night in Karazhan will open on a weekly basis (one per week). One Night in Karazhan will be available in the in-game shop in full for $19.99 USD, one wing at a time for 700 gold or $6.99 USD each, or in discounted bundles based on the number of individual wings already purchased. Upon release, all Hearthstone players will be able to play a prologue mission free and earn two of the Adventure’s new cards. In addition, players who purchase the full Adventure during the first week of its release will receive a special Karazhan-themed card back.

Check out the star-studded guest list and learn more about One Night in Karazhan at www.karazhan.com.