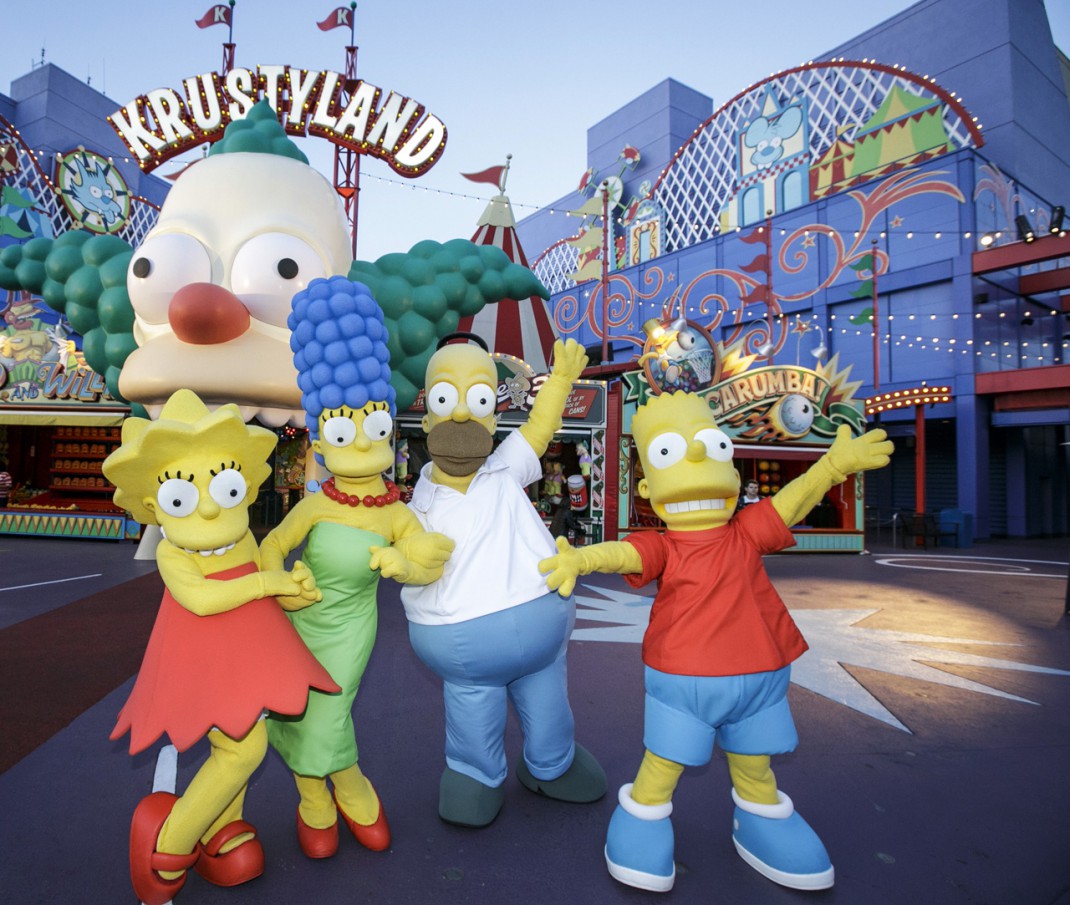 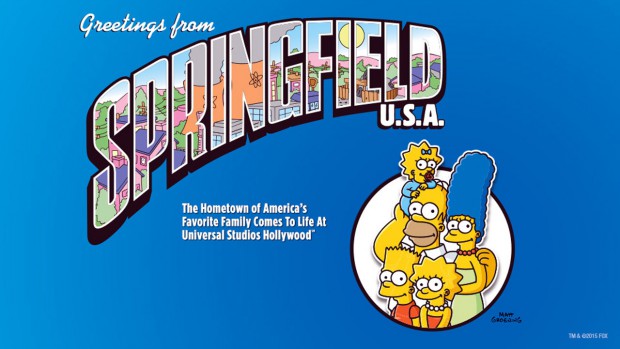 The new themed environment captures the spirit of Springfield, immersing visitors and fans in the world of “The Simpsons” like never before. Springfield at Universal Studios Hollywood features the many iconic landmarks made famous throughout the series’ mind boggling 26 seasons, including Springfield Elementary School, Comic Book Guy’s Android’s Dungeon, the cooling towers of Mr. Burns’ Nuclear Power Plant, the Springfield Police Station, the Aztec Theater and, of course, the Kwik-E-Mart. 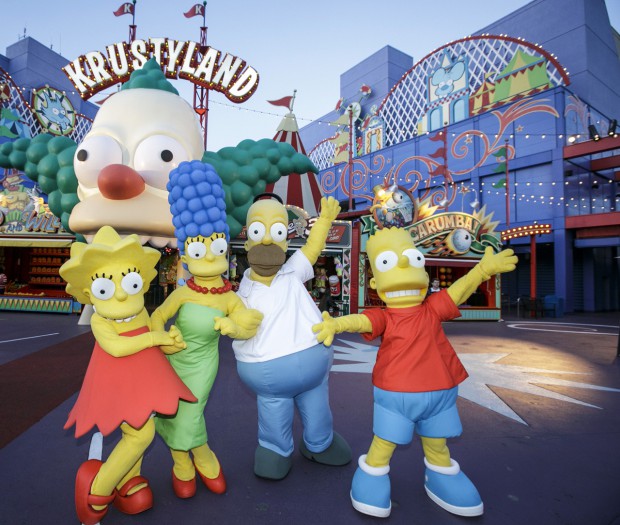 “The Simpsons is an enduring franchise that has withstood the test of time, contributing to why The Simpsons Ride has been an all-time favorite since it opened at our theme park,” said Larry Kurzweil, President of Universal Studios Hollywood. “As Universal Studios Hollywood celebrates its 50 year milestone celebration, the introduction of Springfield underscores the extensive transformation underway to engage guests in dynamic and relevant, immersive entertainment.”

The all-new Springfield culinary excursion will allow visitors to enjoy the places that helped it earn the distinction of being named “The Fattest Town” by the Duff Book of World Records. Guests will enjoy a “Genuine Clown-Endorsed Meal” at Krusty Burger, grab a slice that’s “a-nice” at Luigi’s Pizza, enjoy a “Taco Fresho” at Bumblebee Man’s Taco Truck, or a platter of Chicken Thumbs at Cletus’ Chicken Shack. To satisfy one’s sweet tooth, guests can visit Phineas Q. Butterfat’s Ice Cream Parlor or go nuts for a Homer-sized helping of drool-worthy donuts at Lard Lad. 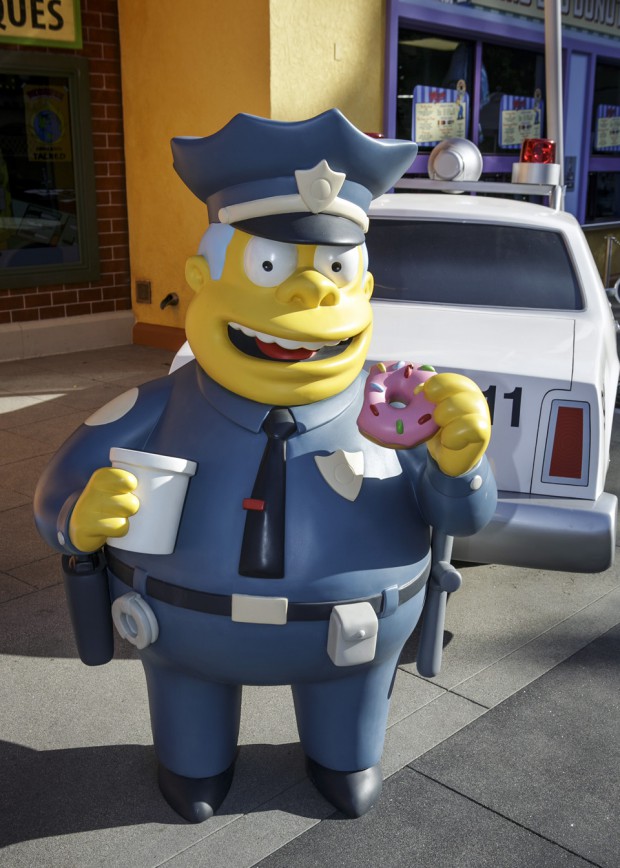 The Springfield experience also features Moe’s Tavern, a Duff Brewery and a Duff Beer Garden, where guests can savor an authentic Duff Beer. New strolling characters, Krusty the Clown and Sideshow Bob, also make their debut at Springfield, entertaining and interacting with guests, and, in the case of Sideshow Bob, keeping a vengeful eye out for Bart, alongside existing favorites Homer, Marge, Lisa and Maggie Simpson. The arrival of Springfield adds new dimension to the area surrounding the award-winning mega-attraction, “The Simpsons Ride,” where guests embark on an outrageous and original Simpsons adventure in “Krustyland,” a theme park created by the show’s greedy clown and the ultimate Springfield convenience store, “Kwik-E-Mart” featuring a wide selection of Simpsons memorabilia.

“This is a must-see experience for Simpsons fans all over the world,” said Mark Woodbury, President of Universal Creative. “In spectacular fashion, guests can now enter an animated world that they’ve only seen on television – and we’re really excited to bring that world to life.”
“I might actually had been excited about the new Simpsons attractions even if we hadn’t put our blood into making it great with our fragile egos waiting for the outcome,” said James L. Brooks, Executive Producer, The Simpsons.

“The Springfield launch at Universal Orlando exceeded all of our expectations with Simpsons fans young and old traveling from around the globe to experience the immersive land. We’re so excited to now bring the world of Springfield to Universal Studios Hollywood,” said Jeffrey Godsick, President, Twentieth Century Fox Consumer Products.