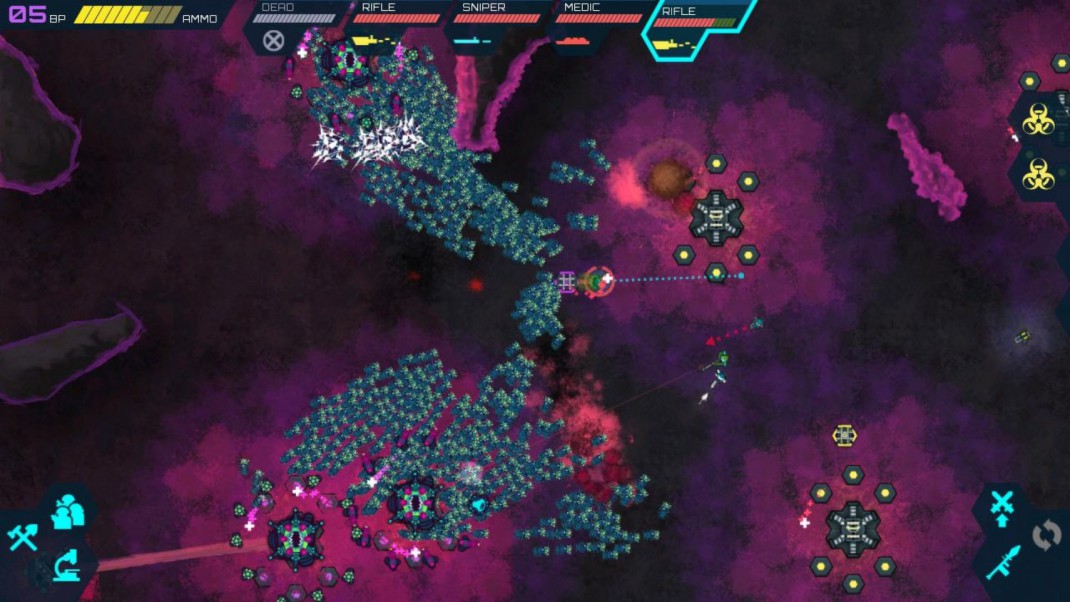 February 19, 2014 – Aliens are swarming by the thousands, our soldiers are being decimated, and our reinforcements are dwindling. Infested Planet calls upon you – the feeble recruit that you are – to join the fight for the good of humankind!

Watch the Enlistment Trailer at:

Infested Planet puts you in the shoes of a commander holding off the alien swarm in a desperate, heroic last stand. Take charge of your squad and outsmart the unrelenting, mutating enemy hordes. One moment your shotguns are ripping through the aliens, and the next, the aliens grow bullet-proof armor. You must adapt as well. Equip your team with stealth suits, mini-guns, grenade launchers – your commands will decide the battle’s outcome.

Infested Planet launches March 6, 2014, and is available for pre-order at:
http://store.steampowered.com/app/204530/
Features:
• Real time tactical squad combat
• Fight thousands of enemies at once
• Procedural maps and random mutation system keep the game fresh
• Compete with other players for Weekly Challenge supremacy
• A lengthy campaign in which you develop new weapons
• 21 Human weapons and buildings for you to wield
• 33 Alien mutations to keep you on your toes